Top 12 Tallest Towers in the World

This shouldn’t affect those with a fear of heights, but just in case, proceed with caution. The only way to imagine what it’s like to be this high up is to remember the last time you were in an airplane, because these buildings rise thousands of feet and often have their heads in the clouds. China dominates, and even though the Freedom Tower won’t be complete until 2015, I’d like this list to remain relevant for at least a little while. 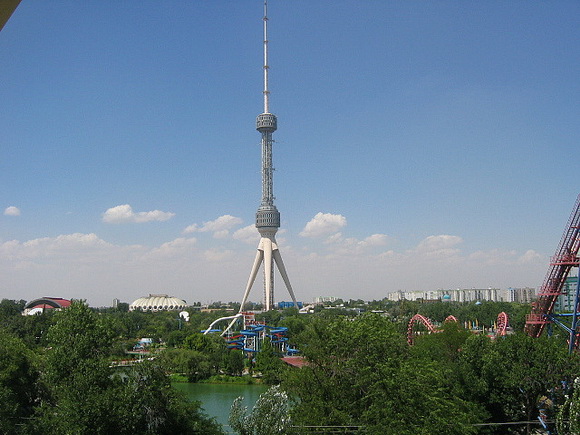 image link
Tashkent TV Tower is the tallest structure in Central Asia. Its height is 375 meters, and weight is about 6000 tons. In height it is on the 11th place in the world. On 15th August in 1985 it was started – up. Then Tashkent TV tower entered the International Organization of the great towers of the world. 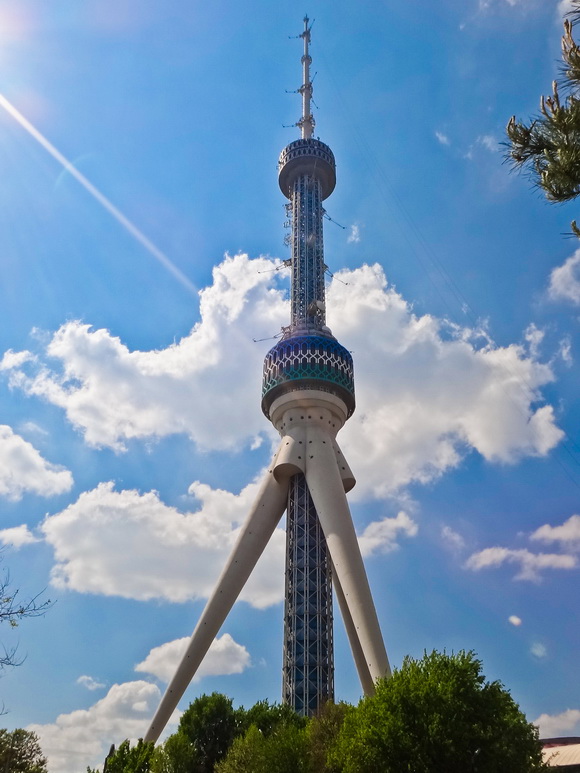 image link
Its main function is the television and radio broadcasting. Professional guides give tours about the history of the tower and other sights of Tashkent. If you get closer to the tower, you will be impressed. The building is equipped with three high - speed elevators in the building, which raise people on 100 metre height. 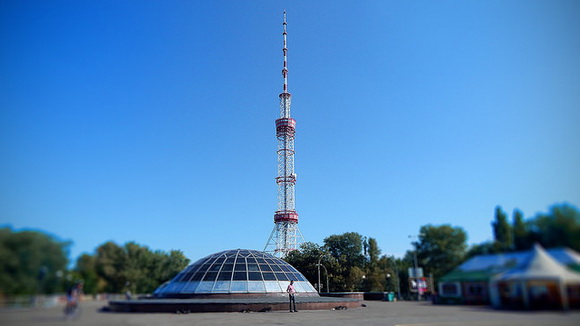 The TV tower is the world highest lattice structure – the tower height is 385 m. While the construction not a single bolt or a rivet were used. All the details were fastened by welding. The building process took 5 years – 1968-73 and it was quite unusual. 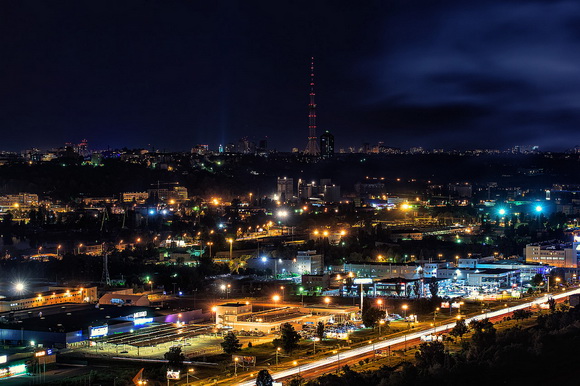 The tower was not built from bottom upwards but on the contrary – from the top downwards. The ready construction was lifted and other parts were put under it. 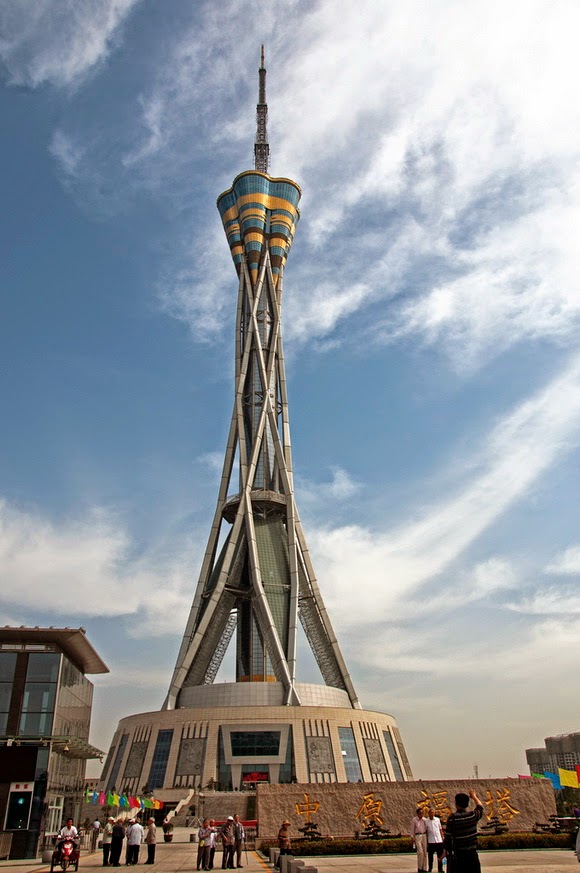 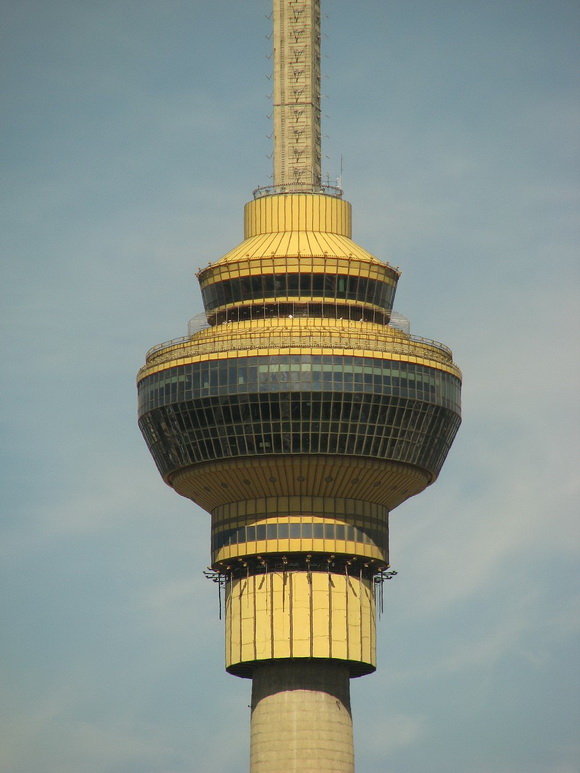 image link
China’s Central Radio and TV Tower is located on Xisanhuan Street in Beijing, close to the 15.4-hectare Yuyuantan Park. The 405-meter high tower covers an area of 5,905 square meters at the top, while its base provides 12,143 square meters of floor space. 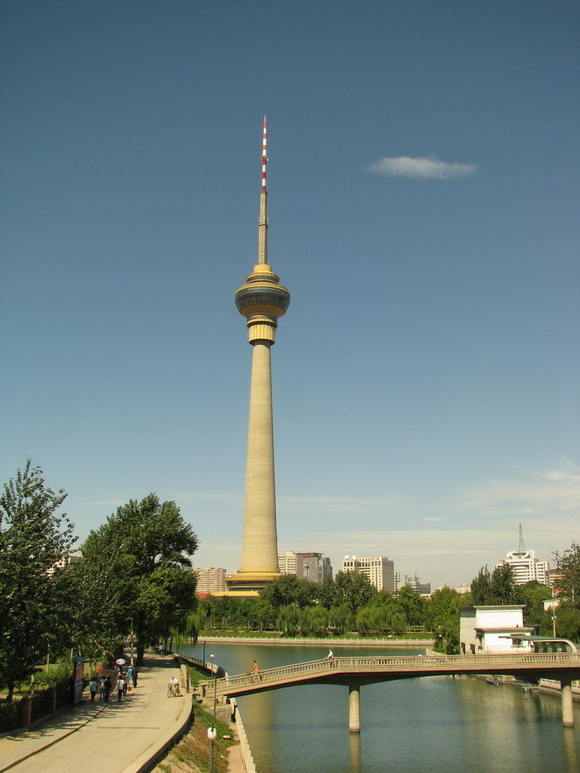 image link
The Central Radio & TV Tower is a modern structure with a distinctive style unique in China. Visitors are treated to a bird’s eye view of the entire city of Beijing from the Observation Hall and the outdoor observation balcony. The luxurious VIP Observation Hall is the ideal elegant location for a variety of events and activities. 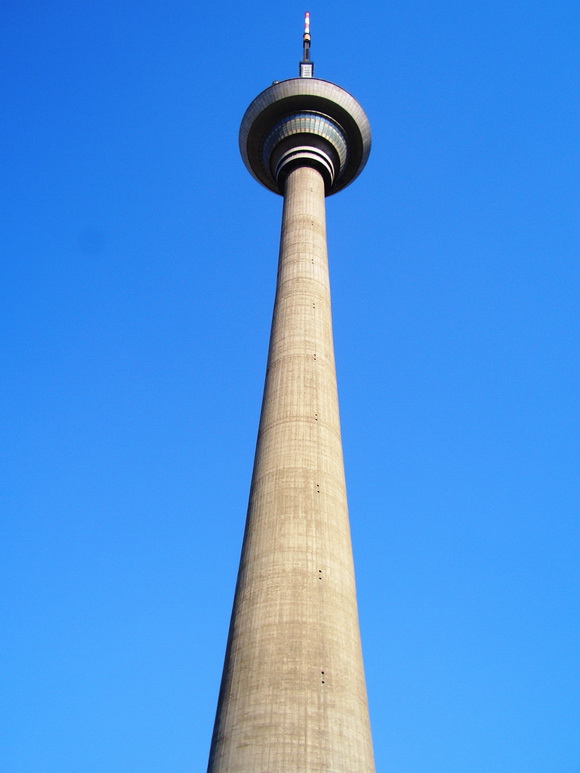 image link
The 415 metres tall Tianjin TV & Radio Tower is called Tian Ta for short. The Tower is located at the south-west of Tianjin, surrounded by a 210,000 square metre lake. Tian Ta is famous for being a sky-high tower over water. 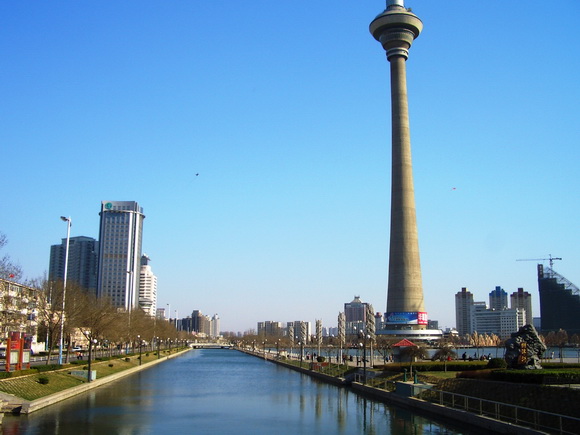 image link
Tian Ta has now become a symbolic building of Tianjin city. It is considered one of the Ten Majestic Places of interest in Tianjin. 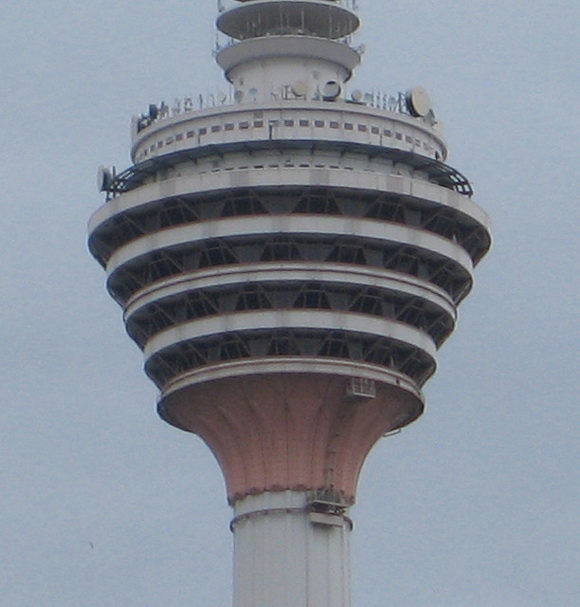 KL Tower is the 7th tallest telecommunications tower in the world with a height of 421m. Its Observation Deck is at a less impressive 276m, being situated on the lowest of the six levels in the head of the tower, but as the tower stands on top of a small hill, it still gives excellent views of Kuala Lumpur and the surrounding regions. 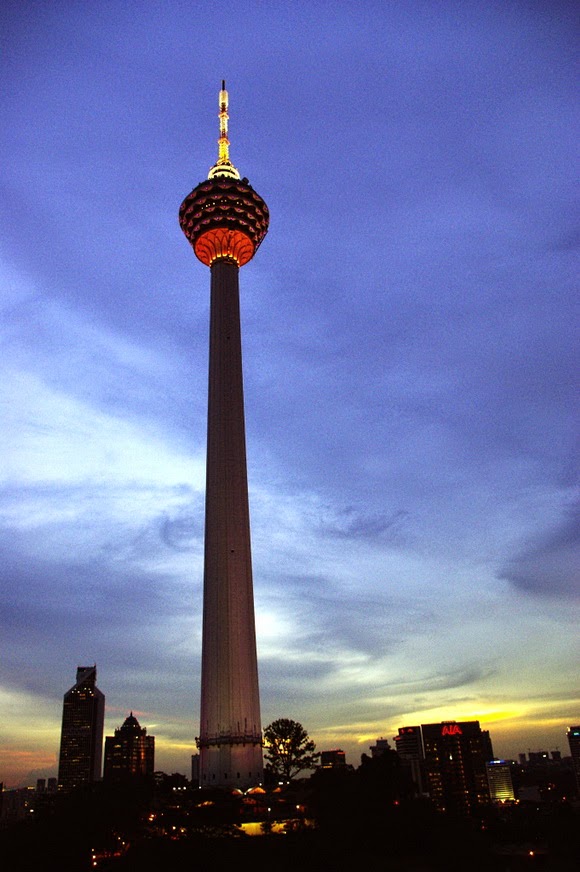 image link
KL Tower was opened to the public in 1996, nearly 5 years after construction started. It offers the same sort of visitor experience as similar towers in Seoul and Auckland which I have also visited. 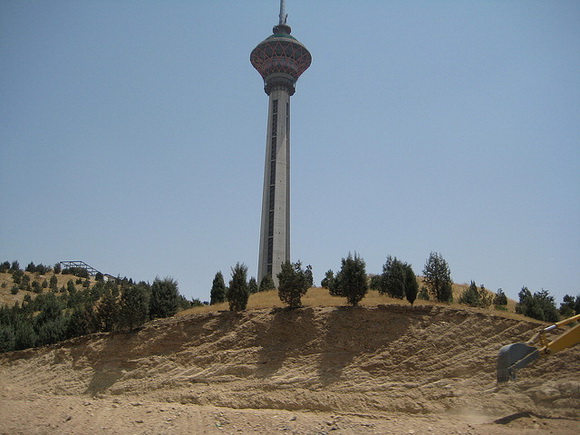 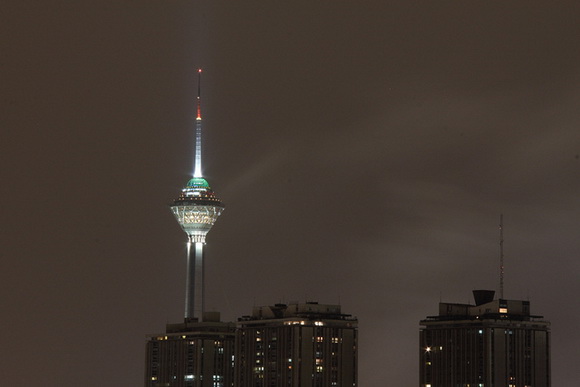 image liink
Milad Tower, also known as Tehran Tower, is a multi-purpose Iranian concrete tower built in 2007 in between the Shahrak-e Gharb and Gisha districts of Tehran. It stands at 435 m from base to the tip of the antenna. The head consists of a large pod with 12 floors, the roof of which is at 315 m (1,033 ft). Below this is a staircase and elevators to reach the area. 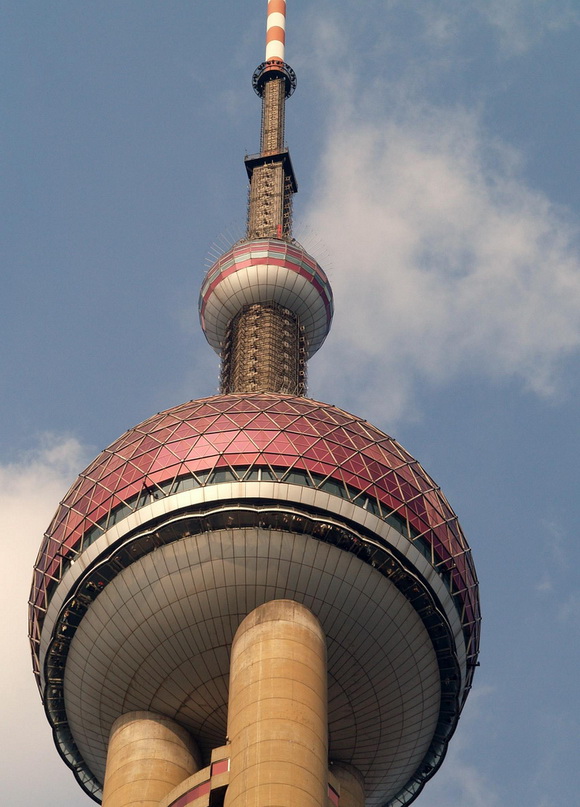 The 468 meter Oriental Pearl Radio & TV Tower stands by the bank of Huangpu River. It is in the center of Lujiazui, opposite to the Bund which is famous for its grand buildings of various architectural styles. 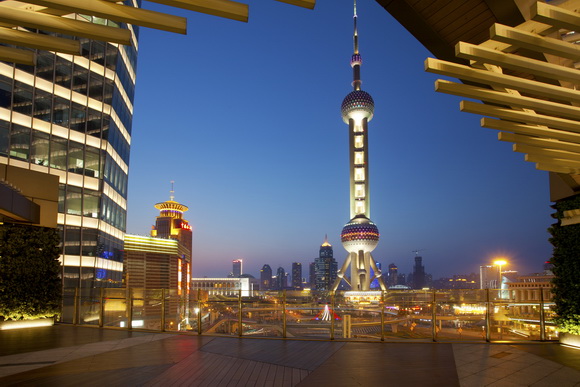 image link
The Oriental Pearl Radio & TV Tower is a multifunctional venue with sight-seeing, restaurants, shopping, entertainment, Shanghai History Museum, Cruise Dock and a theatre for cultural performances. It has already become one of the most symbolic venues and tourism resources in Shanghai and it is acclaimed as one of the ten best views in Shanghai. 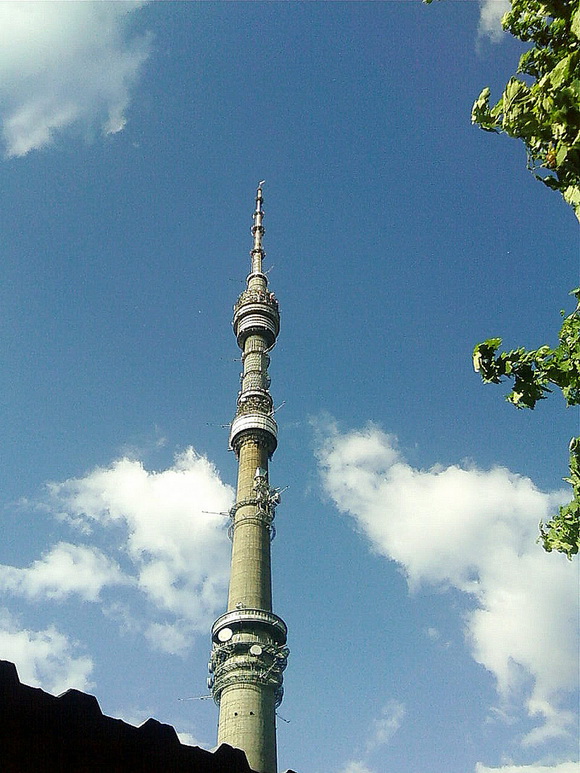 Erected in 1967, Moscow’s Ostankino TV and BC Tower is the second tallest free-standing building in the world. It has a structural weight of over 55,000 tons. 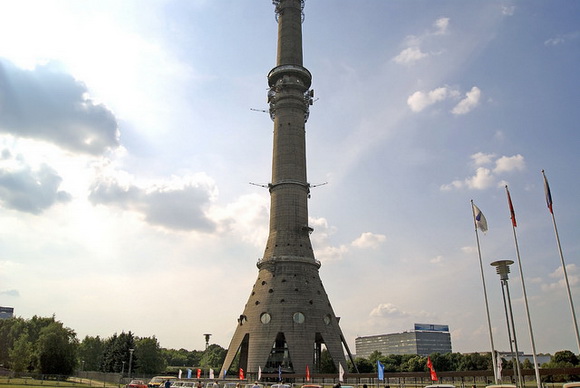 image link
Standing 1,771 feet (540 metres) tall, the Ostankino Tower is something of an architectural surprise in a city that is not known for its skyscrapers. It takes just 58 seconds for visitors to reach the Tower’s observation deck. Located at a height of 1,105 feet (337 metres) from the ground, this observatory presents an entirely new perspective of Moscow. Just below the observation deck are the three dining rooms of The Seventh Heaven, a restaurant serving up delicious European cuisine as well as traditional Russian dishes. 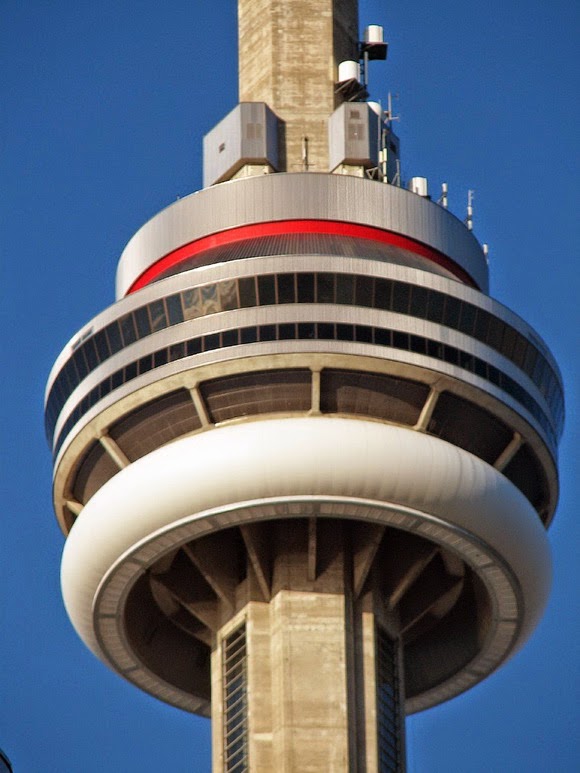 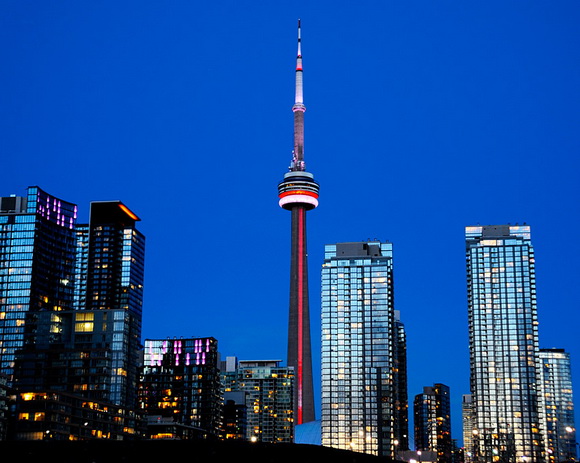 image link
The CN Tower is a 553.33 m-high (1,815.4 ft) concrete communications and observation tower in Downtown Toronto, Ontario, Canada. Built on the former Railway Lands, it was completed in 1976, becoming the world's tallest free-standing structure and world's tallest tower at the time. It held both records for 34 years until the completion of Burj Khalifa and Canton Tower in 2010. It remains the tallest free-standing structure in the Western Hemisphere, a signature icon of Toronto's skyline, and a symbol of Canada, attracting more than two million international visitors annually. 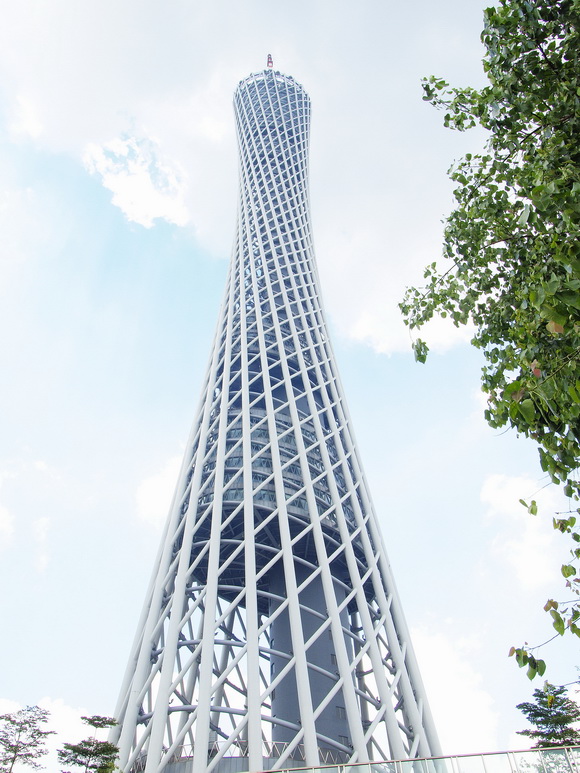 image link
Canton Tower promises an awe-inspiring adventure at every level, offering tourism facilities, entertainment and radio and television signal transmission. The Tower is a new landmark in the center of Guangzhou city, located in the new CBD, on the Pearl River. 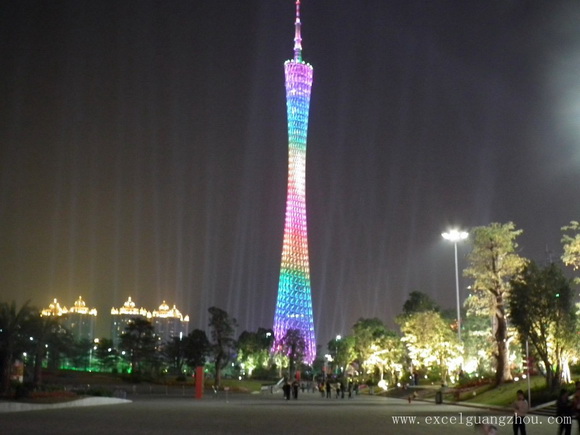 image link
The Tower covers a total net area of 114,054 square meters. The building is 600 meters tall and consists of the 450 meters high body tower and a 150 meters high mast antenna. 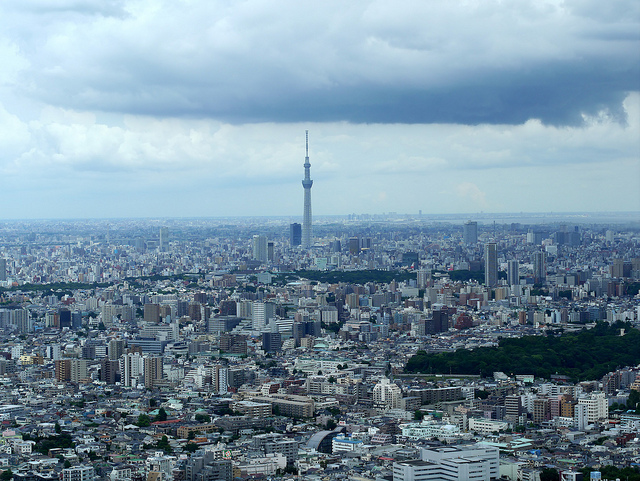 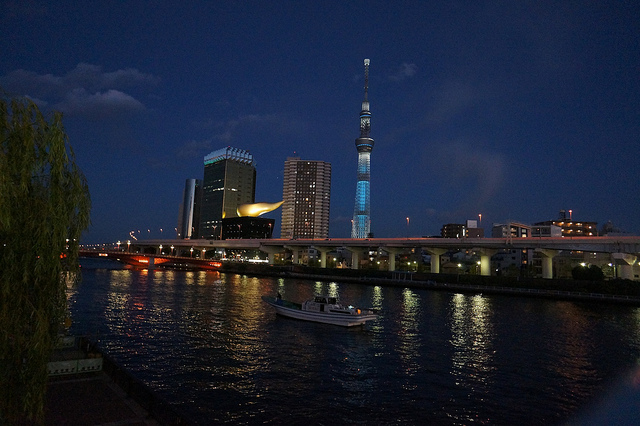 Boasting a height of 634m, making it the world's highest stand-alone communication tower, Tokyo Skytree opened in May 2012 and has already become a major symbol of Tokyo, forming the center of Tokyo Skytree Town(R), which also encompasses Tokyo Solamachi(R), a complex that includes many shops and restaurants, as well as an aquarium and planetarium.