The 10 Most Beautiful Abandoned Places In The World

Many people doesn’t know, and didn’t even heard about these famous abandoned places. Many of these places are really something amazing, but they are also really sad when you take a closer look at them. On the folowing list, you can see , abandoned ships, as well as the abandoned houses, and so many other things, that are really amazing and magnificent. So, check out these amazing abandoned places .

1. The remains of the SS Ayrfield in Homebush Bay, Australia 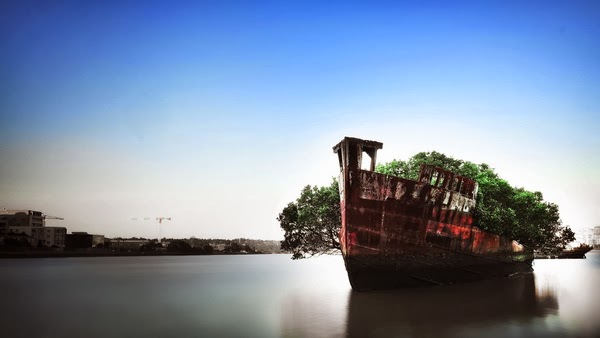 image link
The SS Ayrfield –  previously known as the SS Corrimal, is (nowadays) a rusty shipwreck with dense vegetation on the surface of the wreck, it is stuck in the calm waters of homebush bay (west of Sydney,  Australia)  The SS Ayrfield was built in the UK in 1911 and was sent to  Homebush Bay for breaking-up on 6 October 1972.
The hull is located near the mouth of Haslams Creek right beside bennelong parkway (sydney olympic park) the shipwreck’s bow is pointing towards the shore.

2.The Maunsell Sea Forts in England 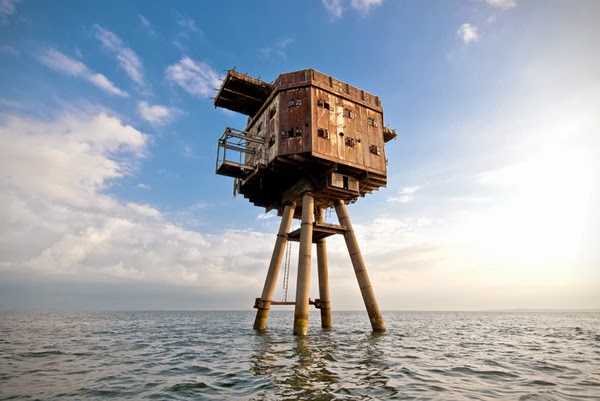 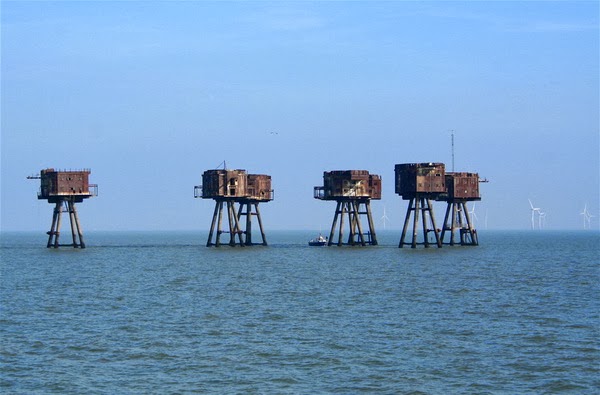 image link
The Army forts were different in design from the Navy platforms as each had seven towers linked together by walkways. Six of the towers were armed, the seventh held the searchlights and they were manned by a complement of 120. They were built in 1942 at Shivering Sands, Red Sands and Great Nore. Each 300 tonne tower was preconstructed before being towed out to sea, sunk into position and then connected to the next tower. 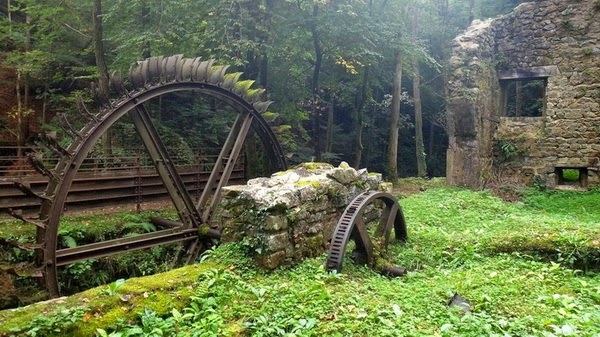 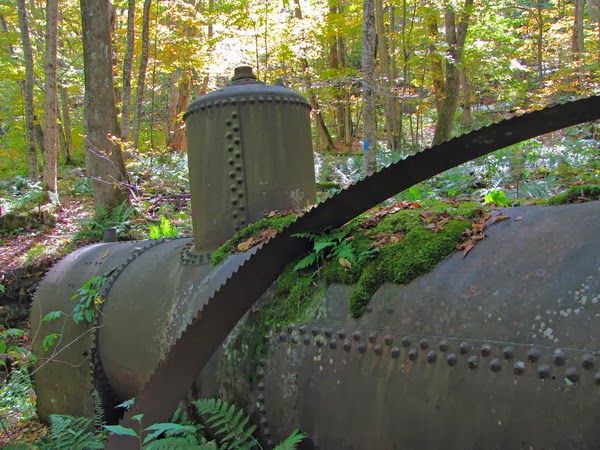 image link
A blade mill was a variety of water mill used for sharpening newly fabricated blades, including scythes, swords, sickles, and knives.
In the Sheffield area, they were known as cutlers wheels, scythesmiths wheels, etc. Examples are preserved in Abbeydale Industrial Hamlet. They also existed in the 17th century and 18th century in Birmingham and in connection with the scythe industry in Belbroughton and Chaddesley Corbett in north Worcestershire. There were also small numbers in other areas of England. 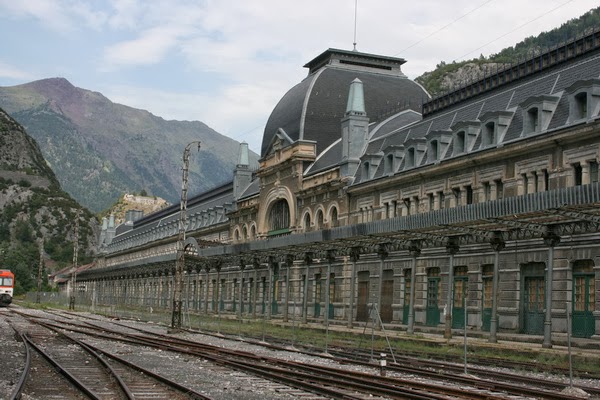 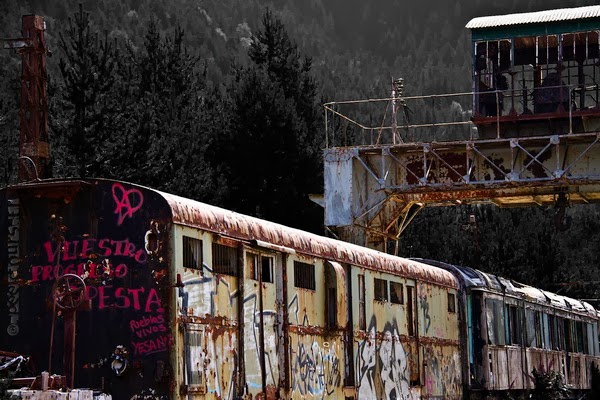 Canfranc Rail Station was part of an international railway route through Spain and France. An accident in 1970 destroyed a nearby bridge and ended international rail links between the two countires, leaving Canfranc deserted.

5. Holland Island in the Chesapeake Bay 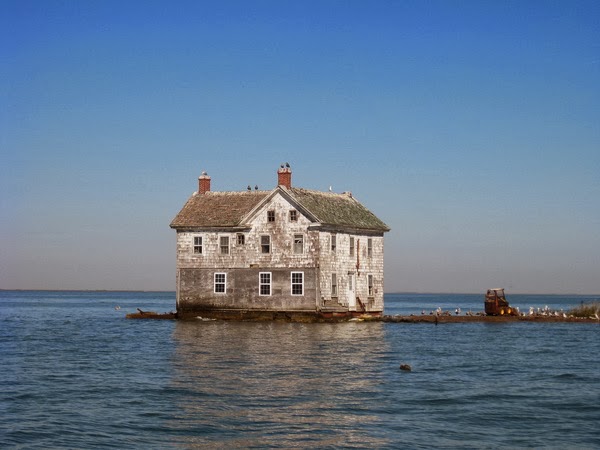 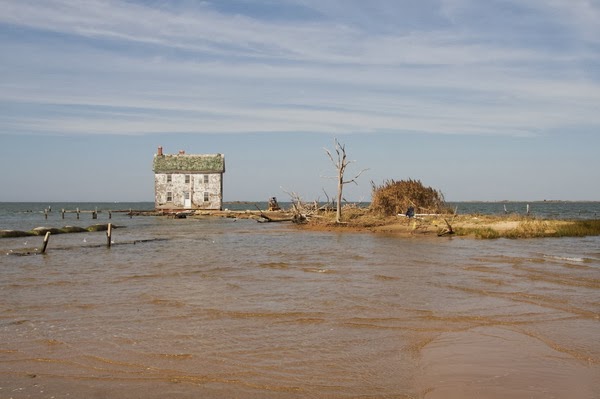 Holland Island was once five miles long. It was home to a fishing community of 250 to 360 people, with more than 60 homes, a church and other buildings. But erosion forced the residents to leave — with the last fleeing in 1922 — and for decades now the island has been receding into the bay and only one abandoned home remained, threatened by the bay. 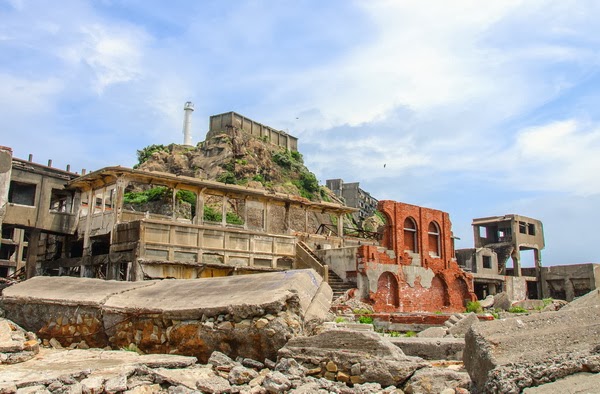 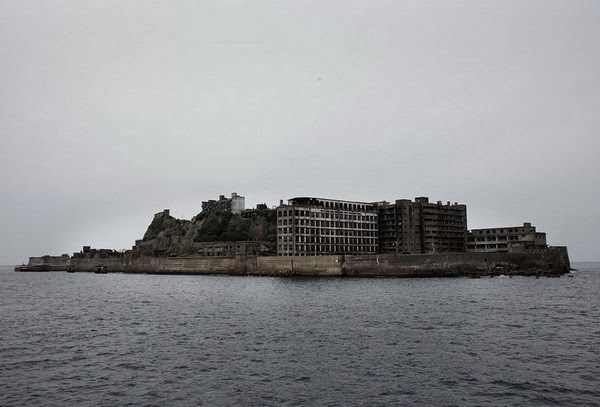 The island is known as Hashima, or alternatively as Gunkanjima ("Battleship") Island, and it sits about nine miles off the Japanese coast in the East China Sea.
In the past Hashima Island was rich in coal, with over 5000 miners once living on the island. When petrol replaced coal as Japan's main source of fuel, the settlement was left abandoned. Now the once thriving town is creepily abandoned, with only shadows remaining.

7.Kolmanskop in the Namib Desert 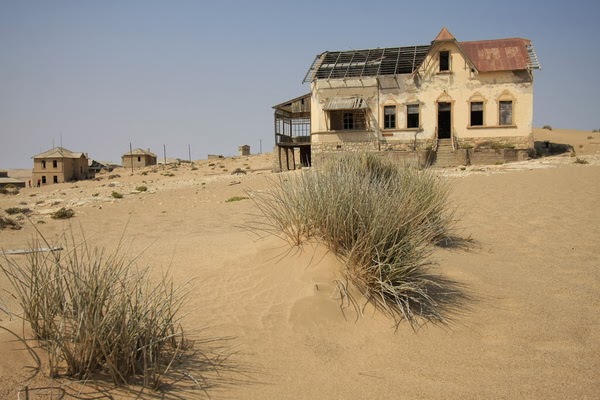 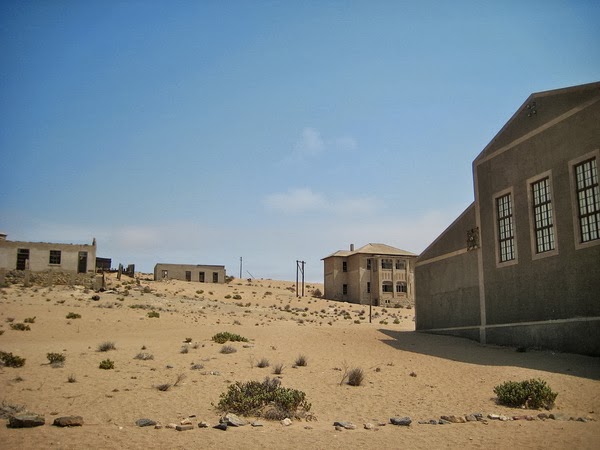 image link
Diamonds were found in this particular area in 1908 and caused an influx of German miners. The village was built in the architectural style of a German town and even had the first tram in Africa that lead to the next town. It had many amenities and buildings including a theater, hospital, casino, school, bowling alley, ballroom and sport-hall, power station, ice factory and the first x-ray-station in the southern hemisphere. 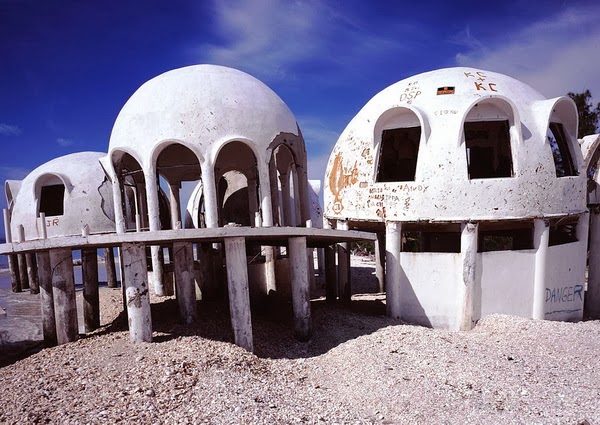 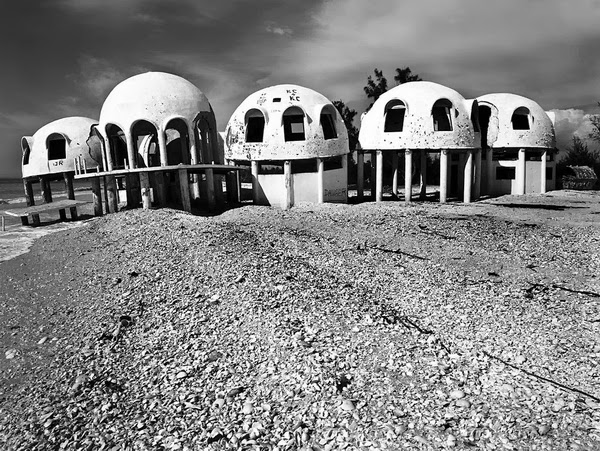 image link
On the southern tip of Cape Romano Island in Florida there these lovely and interesting abandoned domes. They were built in 1982 and are now slipping into the gulf of Mexico. When Hurricane Wilma hit in 2005 it did a lot of damage to the domes as well as wash away some of the coast line.

image link
The I.M. Cooling Tower is part of an abandoned power plant located in Monceau, Belgium. While in use, the tower cooled incoming hot water by using wind. The wind would enter the opening at the bottom of the tower and rise up, cooling the hot water. The air would then become warm and leave the tower. During its prime, the I.M. Cooling Tower could cool up to 480,000 gallons of water per minute. 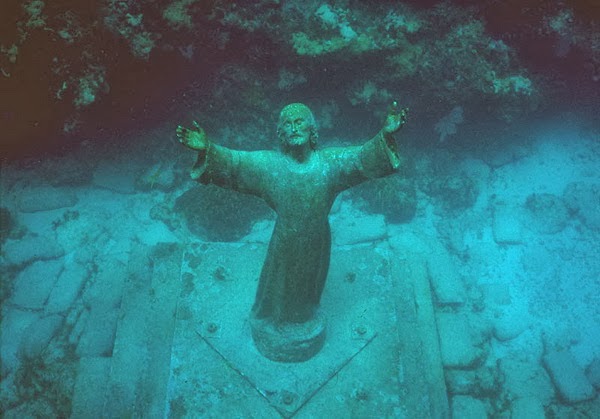 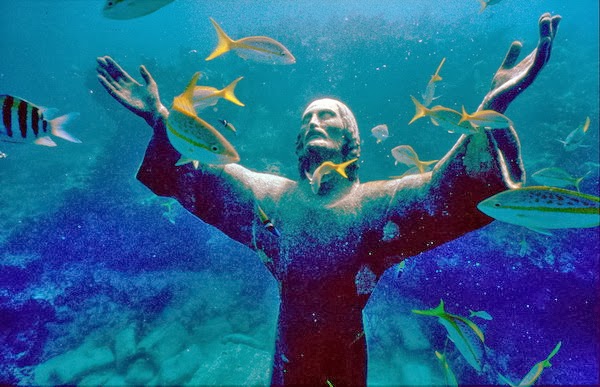 image link
The statue was born from an idea by Duilio Marcante following the death of Dario Gonzatti, one of the pioneers of scuba diving, during a dive in 1950. Duilio pushed for the installation of a statue of Christ on the seabed; on 22 August 1954 the statue of the Christ of the Abyss was placed in the bay in front of San Fruttuoso, between Camogli and Portofino, near the Abbey of San Fruttuoso. The statue, about 2.50 meters high and built by sculptor Guido Galletti, was placed by the Italian Navy about 15 meters deep, with the help of many divers.