12 Longest Rivers in The World

The world features some amazingly long rivers but which are the longest? Check out our list of the top twelve longest rivers in the world featuring well known rivers such as the Nile, Amazon and Mississippi. While most scientists and researchers agree on the order, accurately measuring the length of such enormous rivers can be difficult and there is at times disagreement on where a river starts, where it finishes and its accurate length. 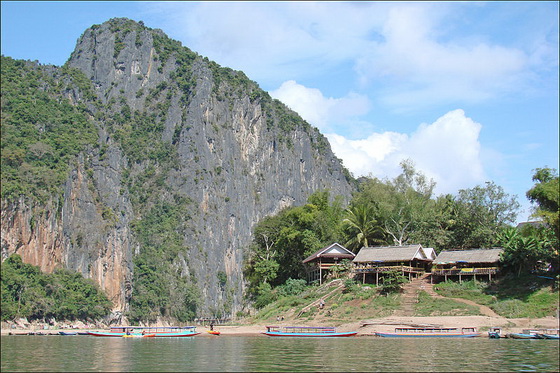 The Mekong is the world's 12th-longest river at 4,050 km  (2,600 miles). It is the largest river in Southeast Asia.The river forms the border between Laos and Myanmar (Burma) and most of the border between Laos and Thailand.The river is navigable year-round, but some part of it are particularly difficult to pass through. In the upper part of the river, swift rapids and sharp drops punctuate the river flow.[...] 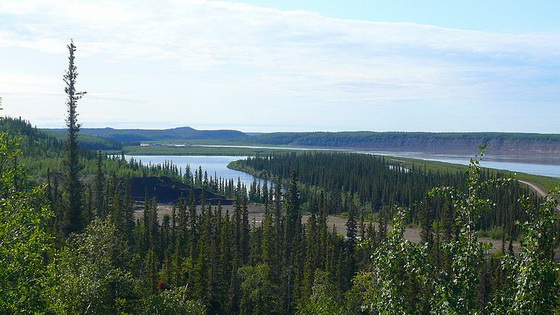 The Mackenzie is the world's 11th-longest river at 4,350 km (2,705 miles). It is the largest river in Canada.The wildlife normally found along the river's marshy delta include snow geese and tundra swans.The river is navigable for about five months of the year, freezing over in October and breaking up again in May. Creative Canadians use the river as an ice road during the extreme winter.[...]

The Lena is the 10th-longest river in the world, flowing 4,400 km (2,736 miles) across the Far East regions of Russia, forming near Lake Baykal and flowing northeast to the Arctic Ocean. The river is home to many kinds of animal and plant life but only for a few months out of the year; the rest of the time, the river is frozen solid.[...] 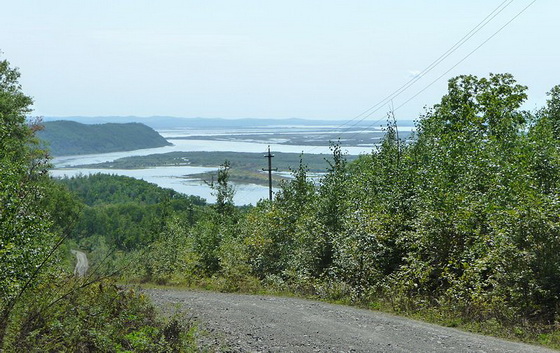 The Amur is the ninth-longest river in the world, flowing 4,444 km (2,763 miles) across the Far East regions of Russia, forming from a blending of the Argun and Shilka Rivers and flowing to the Tartar Strait at the Pacific Ocean. The Amur is the largest undammed river in the world. The area in and around the Amur River is home to 95 percent of the world's Oriental white stork, as well as significant numbers of cranes and other birds. The river is the unique home to more than 100 species of fish.[...] 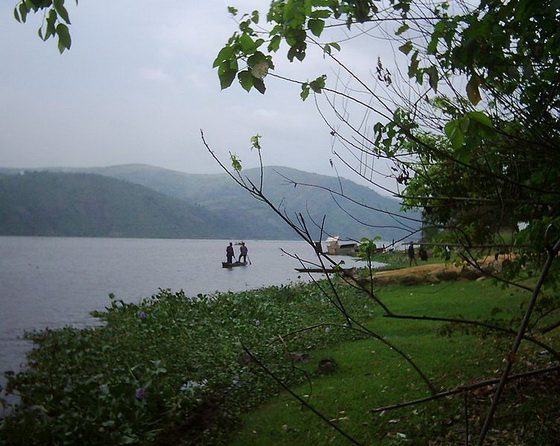 The Congo is the world's eighth-longest river at 4,700 km (2,922 miles) long. It begins at the junction of the Lualaba and Luvua rivers, in the Altai Mountains, and flows southwest to the Atlantic Ocean. Much of the land surrounding the river is tropical rain forest and is home to hundreds of kinds of animals, including hippos, manatees, water snakes, crocodiles, tortoises, pigs, elephants, and 200 species of fish.[...] 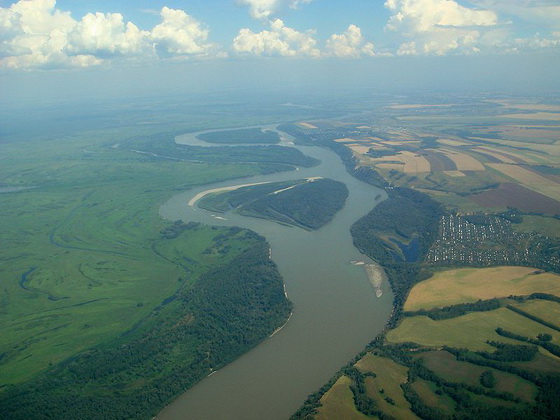 The Ob-Irtysh is the world's seventh-longest river at 5,410 km (3,364 miles) long.  The river is frozen for from five to six months of the year, but transportation is high and heavy for the rest of the year, both for trade and for sightseeing.The river's fisheries, long famous for their productivity, have been damaged by pollution, part of it from nuclear waste. [...] 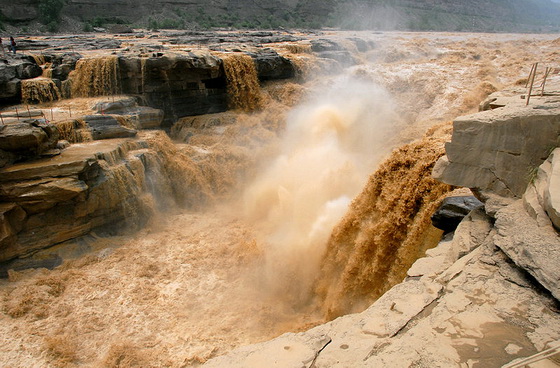 The Huang He is the world's sixth-longest river at 5,464 km (3,395 miles). Its source is the Kunlun Mountains, in western China. River was the birthplace of ancient Chinese civilizations and the most prosperous region in early Chinese history.[...] 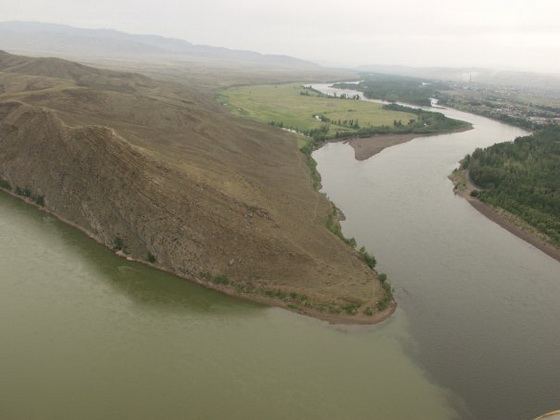 The Yenisey is the world's fifth-longest river at 5,539 km (3,445 miles). It runs south to north through Siberia and is often considered the boundary between the western and eastern parts of that region.The river begins with the joining of the rivers Bii-Khem and Kaa-Khem, which head north to the Arctic Ocean. The part near the mouth, however, is a good source of oil and hydroelectric power.[...] 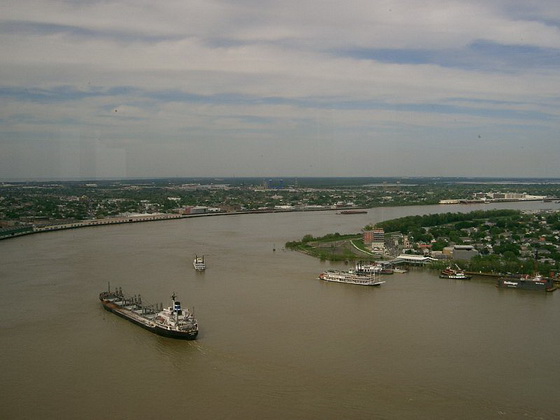 The Mississippi is the world's fourth-longest river at 6,275 km (3,902 miles), including the Missouri River. It flows from its source, at Lake Itasca, in Minnesota, to the Gulf of Mexico. It is the longest river in the United States.Many different kinds of wildlife make their homes in the river, including 241 species of fish, 37 species of mussel, 45 amphibians, 50 mammals, and a full 40 percent of the entire country's migratory birds.[...]

The Yangtze is the world's third-longest river at 6,300 km (3,917 miles). Its source is on the Qinghai-Tibet Plateau, in western China. Its mouth is the East China Sea, near Shanghai. The Yangtze flows through nine provinces of China and drains an area equal to 695,000 square miles of land.[...] 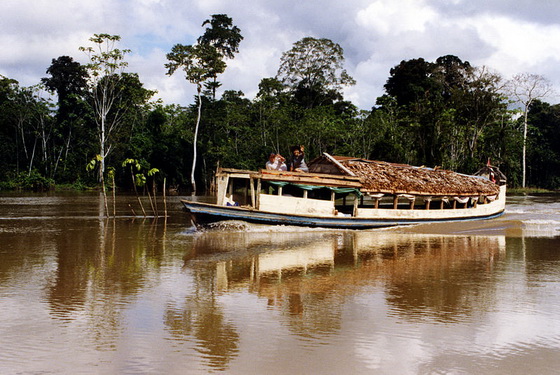 The Amazon is the world's second-longest river at 6,400 km (3,976 miles). But the Amazon is one of the widest rivers on Earth, at times six whole miles wide. A full 20 percent of the water that pours out of the planet's rivers into the oceans comes from the Amazon.The Amazon River is part of a larger area called the Amazon Rainforest, which has a unique assortment of plants and animals. In some spots, the vegetation is so dense that sunlight can't reach the rainforest floor.[...] 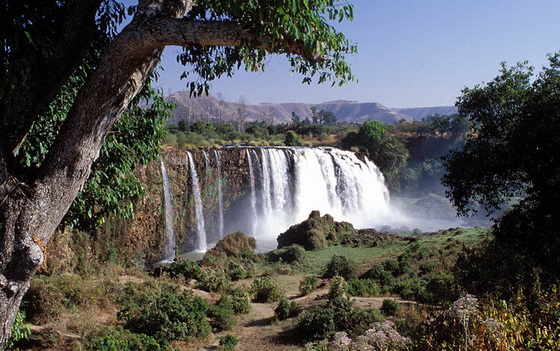 The Nile is the world's longest river at 6,650 km (4,132 miles). It has two sources, one at Lake Victoria, in Uganda (the White Nile) and one at Lake Tana, in Ethiopia (the Blue Nile).The Nile River Delta is home to many species of animals, including crocodiles, turtles, baboons, wildebeest, and more than 300 species of birds, including fishing eagles, ibis, and the Nile Valley Sunbird.[...]