12 Deepest Lakes in the World

This article lists the twelve deepest lakes found on earth. These are not necessarily the largest lakes on the planet or in the world in terms of surface area but the lakes which hold the largest volumes of water.
Some of these lakes are great tourist attractions and others are heavily used for commerce and most are used for both. Outdoor activities like hiking and fishing are popular in and around most of the ten deepest lakes on planet earth and some of them have hotels, resorts and spas along their shores. 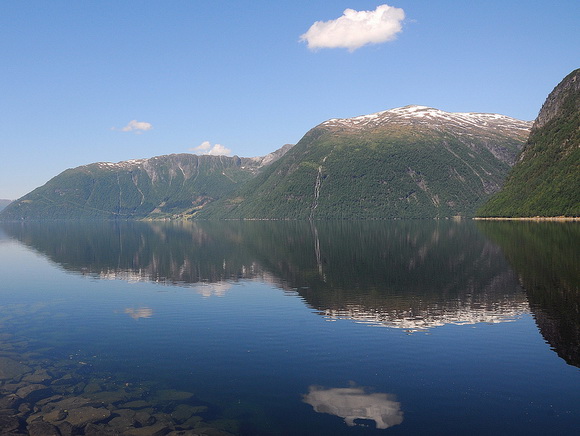 Hornindalsvatnet is Norway's and Europe's deepest lake, officially measured to a depth of 514 metres (1,686 ft). Its surface is 53 metres (174 ft) above sea level, which means that its bottom is 461 metres (1,512 ft) below sea level. The village of Grodås lies at the eastern end of the lake in Hornindal and the village of Mogrenda is located on the western end of the lake in Eid. The E39 highway runs past Mogrenda and the lake.[...] The Lake General Carrera (Chilean side) or Lake Buenos Aires (Argentine side) is a lake located in Patagonia and shared by Argentina and Chile. Both names are internationally accepted.
The lake has a surface of 1,850 km² of which 970 km² are in the Chilean Aysén del General Carlos Ibáñez del Campo Region, and 880 km² in the Argentine Santa Cruz Province, making it the biggest lake in Chile, and the fourth largest in Argentina. In its western basin, Lake Gen. Carrera has 586 m maximum depth.[...] 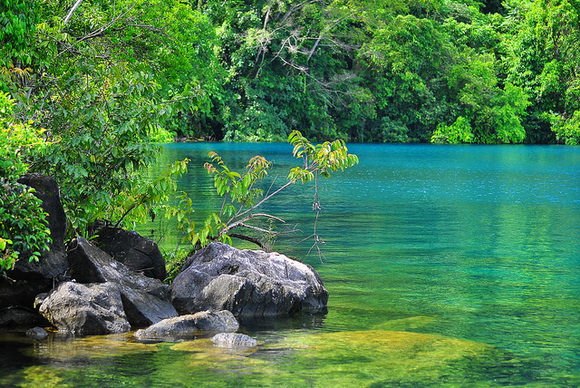 Lake Matano (Danau Matano in Bahasa Indonesia) also known as Matana Lake; is the deepest lake in Indonesia and the number 10 deepest lake in the world. The maksimum depth of this beautiful lake is 590 meters (1936 feet). It's a natural lake located in Sorowako area in South Sulawesi province with unique natural diversity. Officially the lake is under yurisdiction of Luwu Timur regency. The lake is the epicenter of life in Sorowako, most of the activity highly related with the lake including the water source, the electricity, every day life and also the transportation.[...] 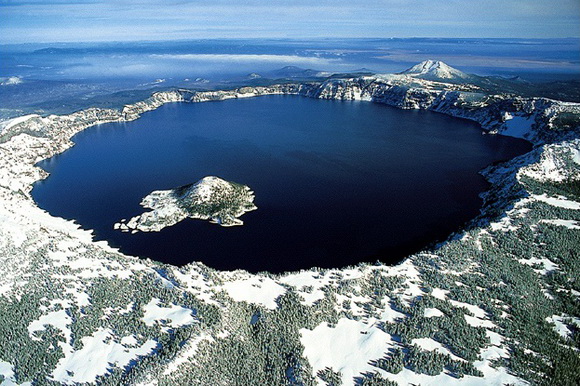 image by  zainubrazvi
Crater Lake is a caldera lake located in the south-central region of the U.S. state of Oregon. It is the main feature of Crater Lake National Park and famous for its deep blue color and water clarity. The lake partly fills a nearly 2,148-foot (655 m) deep caldera that was formed around 7,700 (± 150) years ago by the collapse of the volcano Mount Mazama. There are no rivers flowing into or out of the lake; the evaporation is compensated for by rain and snowfall at a rate such that the total amount of water is replaced every 250 years.[...] 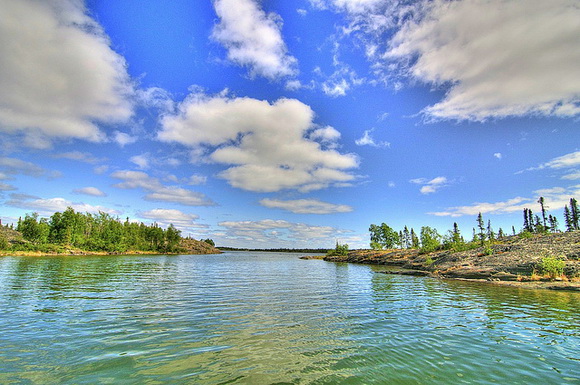 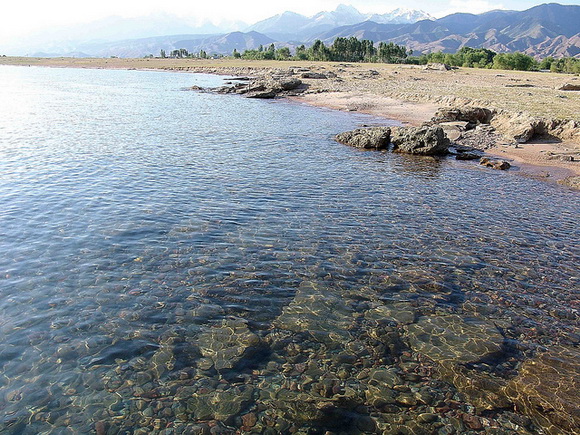 Issyk Kul  is an endorheic lake in the northern Tian Shan mountains in eastern Kyrgyzstan. It is the tenth largest lake in the world by volume and the second largest saline lake after the Caspian Sea. Lake Issyk Kul covers an area of 6,236 square kilometres (2,408 sq mi). This makes it the second largest mountain lake in the world behind Lake Titicaca in South America. Located at an altitude of 1,607 metres (5,272 ft), it reaches 668 metres (2,192 ft) in depth.[...] 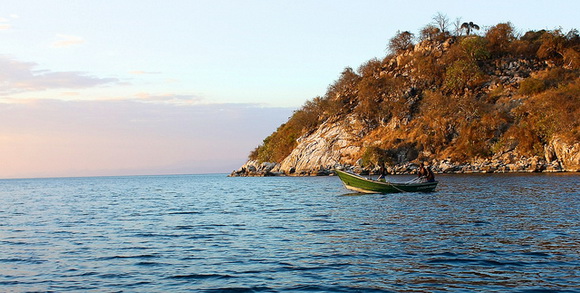 Lake Malawi , is an African Great Lake and the southernmost lake in the East African Rift system, located between Malawi, Mozambique and Tanzania. Lake Malawi is between 560 kilometres (350 mi) and 580 kilometres (360 mi) long, and about 75 kilometres (47 mi) wide at its widest point. The total surface area of the lake is about 29,600 square kilometres (11,400 sq mi). The water of this lake is generally warm, having a surface temperature that ranges from 24 to 29 degrees Celsius (75 to 84 degrees Fahrenheit).[...] The lake known as O'Higgins in Chile and San Martín in Argentina has a surface area of 1,013 km², an elevation of 250 metres above mean sea level, and a shoreline length of 525 km.  The lake is the deepest in the Americas with a maximum depth of 836 metres near O'Higgins Glacier, and its characteristic milky light-blue color comes from rock flour suspended in its waters.[...] 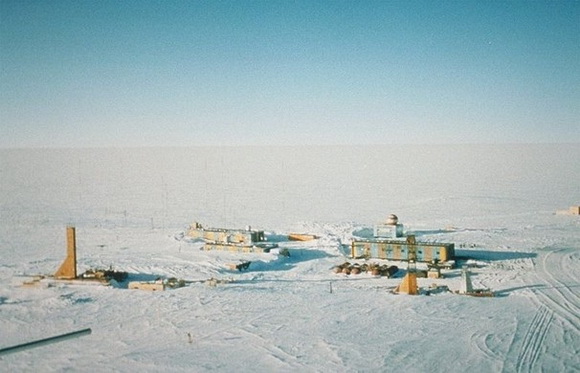 The lake is named after Vostok Station, which in turn is named after the Vostok (Восток), a sloop-of-war, which means "East" in Russian. Lake Vostok is located at the southern Pole of Cold, beneath Russia's Vostok Station under the surface of the central East Antarctic Ice Sheet, which is at 3,488 m (11,444 ft) above mean sea level.[...] 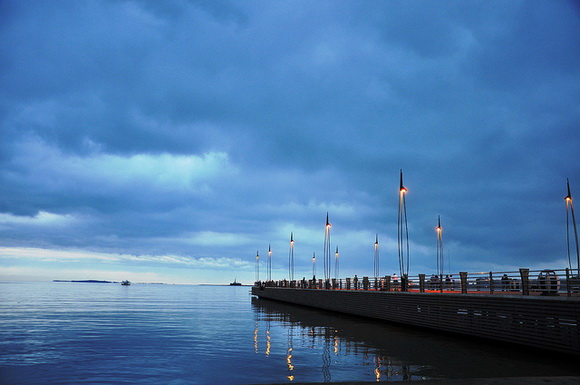 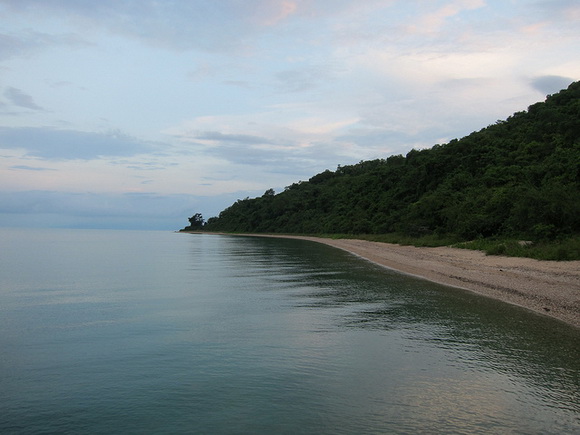 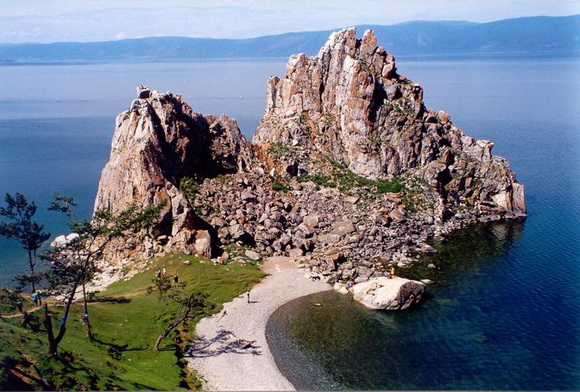