The 10 Largest Satellite Dishes On Earth

Some of these Satellites are used for various different things. From television broadcasts to studying the stars. Losing the signal of my TV would never happen again. 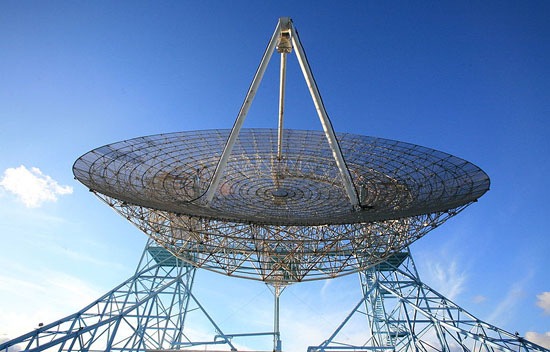 Ensconced in the foothills of Stanford, CA, the radio telescope known simply as The Dish is a landmark visited by around 1,500 people every day. Yet, while undoubtedly a popular site for hikers and joggers, The Dish is also actually still operational today, used by both academics and other researchers. Built by the Stanford Research Institute in 1966, this 150-foot-diameter (46m) behemoth was initially intended for study into the chemical make-up of our atmosphere but, with its powerful radar antenna, was later used for communication with satellites and spacecraft — notably the Voyager probes sent forth to explore the outer solar system. 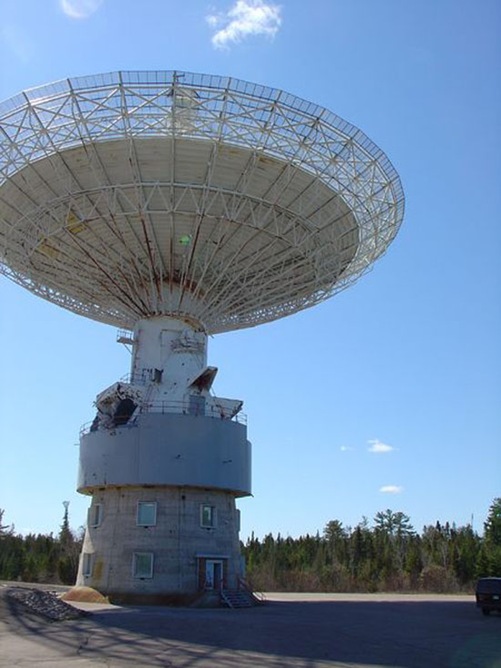 The Algonquin Radio Observatory is to be found in the verdant Algonquin Provincial Park in Ontario, Canada. The centerpiece of the observatory is its 150-foot (46m) parabolic dish (“parabolic” refers to the curved surface that directs the radio waves), which became famous in the 1960s for its participation in the earliest successful tests of a technique known as “very long baseline interferometry” (VLBI). VLBI allows for the simultaneous observations of an object by many telescopes to be combined — leading to far more powerful results. Nowadays, the Algonquin site is active as a control point for GPS and is operated by Thoth Technology. With a dish this big, we bet they could also pick up some interesting TV shows! 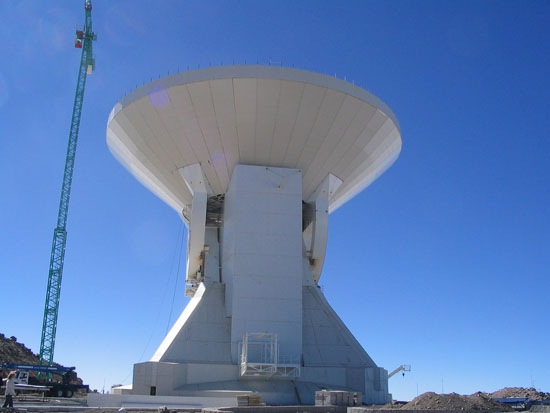 Mexico’s Large Millimeter Telescope (LMT) is a relatively recent addition to the list of largest single-dish radio telescopes. Inaugurated in 2006, this 164-foot (50m) instrument constitutes the biggest and most responsive single-aperture telescope for observing radio waves in its own frequency range (approximately 0.85 to 4 mm, in case you were wondering!). Providing astronomers with valuable information regarding star formation, the LMT is located in the state of Puebla and sits atop the Sierra Negra — the fifth highest mountain in Mexico. A joint Mexican and American project, it cost $116 million and took ten years to be built. 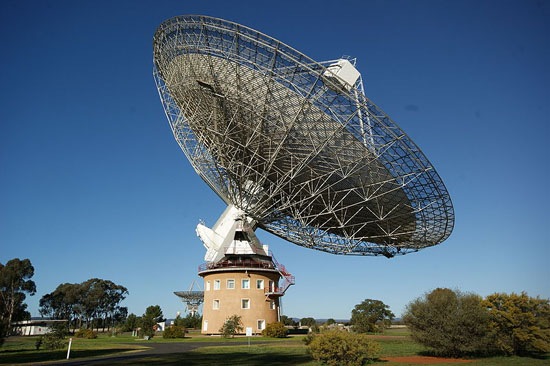 Completed in 1961, Australia’s Parkes Observatory was one of several radio receivers used to pick up live TV transmissions of the lunar landing in 1969. As well as being part of this auspicious moment in history, the Observatory continued to provide NASA with valuable information during their other moon missions, relaying signals and providing coverage when our only natural satellite was on the Australian side of the Earth. More recently, between 1997 and 2002, it undertook the largest blind survey in search of neutral atomic hydrogen galaxies. Also on the CV: more than 50 percent of presently known pulsars — rotating neutron stars — were discovered at Parkes. Not a bad record for this beautiful-looking — and movable — 210-foot (64m) radio dish telescope. 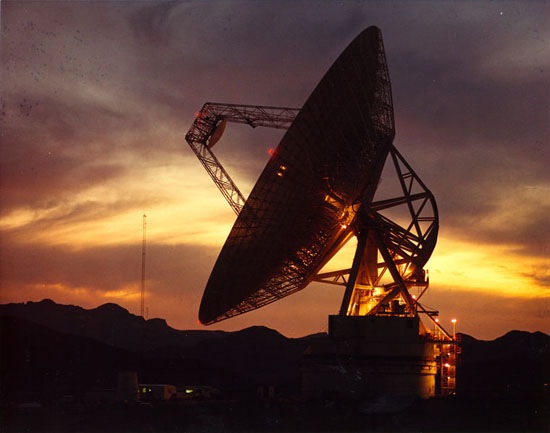 Commonly known as the Goldstone Observatory, this next astronomical site is situated in the expanse of California’s Mojave Desert. One of three similarly constructed complexes , the other two are located in Madrid, Spain and Canberra, Australia — Goldstone is home to a dish, known as the Mars antenna, which is 230 feet (70m) in diameter. This highly sensitive radio telescope — which was actually modeled on, and later upgraded to be bigger than, that of Australia’s Parkes Observatory — provides scientists with information that helps in the mapping of quasars, comets, planets, asteroids and more. The Goldstone complex has also proven its worth in the search for high-energy neutrino transmissions on the moon. Reckon it can pick up 3rd Rock From the Sun, as well? 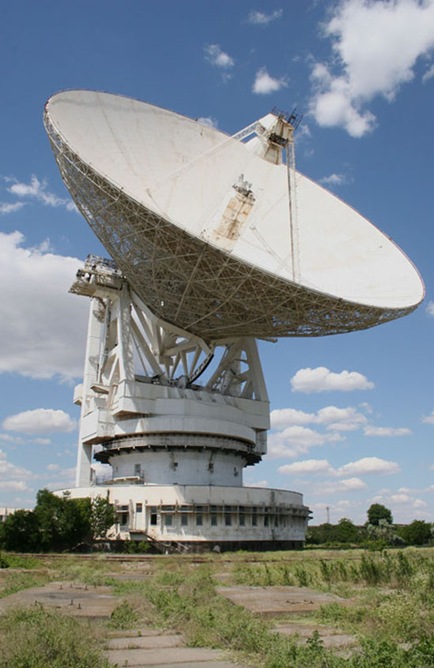 The group of three RT-70 radio telescopes that were developed by the Soviet Union is made up of the Yevpatoria planetary radar in the Ukraine together with those of Suffa — on the Suffa plateau in Uzbekistan — and Galenki (Ussuriysk) in Russia. They all share similar specifications, notably their 230-foot (70m) diameter dishes. The Yevpatoria telescope, in particular, has been used to observe asteroids and space debris. It is also known for the A Message From Earth (AMFE) project, in which, on 9 October 2008, a high-powered digital radio signal was beamed out towards Gliese 581c — a so-called “Super-Earth” (a planet whose mass is much higher than Earth’s but less than that of our solar system’s gas giants). If Gliese 581c supports life, perhaps the inhabitants will send us back some of their own TV! However, we’ll have to wait until the message reaches the planet in 2029. 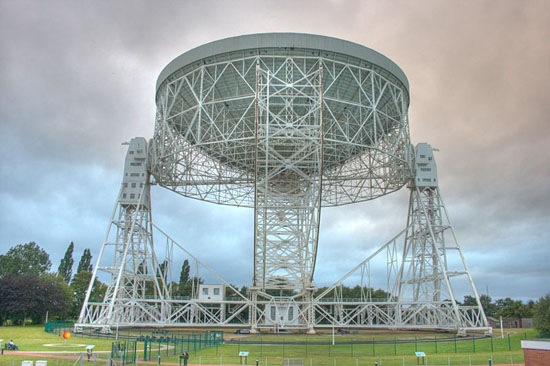 The United Kingdom’s Lovell Telescope — a radio telescope whose dish measures an impressive 250 feet (76m) in diameter — is located at Jodrell Bank Observatory in the north-west of England. Built in 1955, it was originally known simply as the “250ft telescope,” but was renamed after one of its creators, Bernard Lovell, in 1987. Among the telescope’s most notable achievements was the confirmation of the existence of the pulsar — then only recently discovered — in 1968 (with investigation into pulsars still very much ongoing at the observatory). The Lovell Telescope was also instrumental in the discovery of quasars — extremely luminous celestial bodies thought to be among the most distant object in the universe. 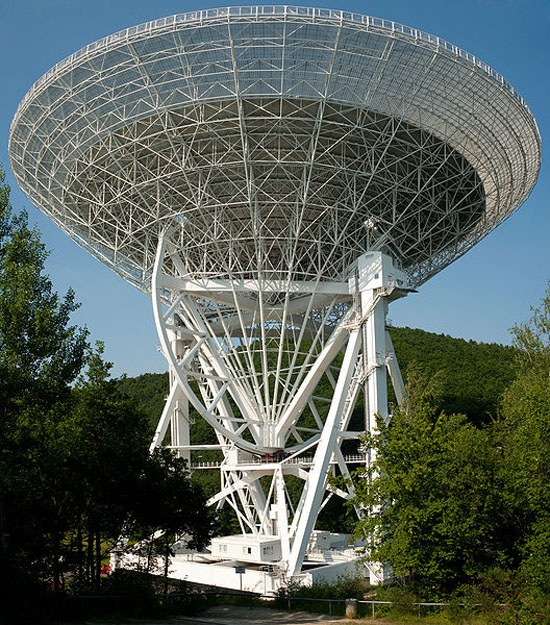 The Effelsberg Radio Telescope is situated just outside of Effelsburg, a village in the southeastern potion of Bad Münstereifel, a town in western Germany. Built between 1968 and 1971, the telescope is operated by the Max Planck Institute for Radio Astronomy in Bonn. Equipped to observe pulsars, star formations and the nuclei of distant galaxies, Effelsberg is one of the most important instruments in the world’s network of super-powerful telescopes. Since it began its work in the early 1970s, ongoing improvements have been made — including low-noise electronics and a new surface for the dish — which have helped keep it among the elite of astronomical research institutions. 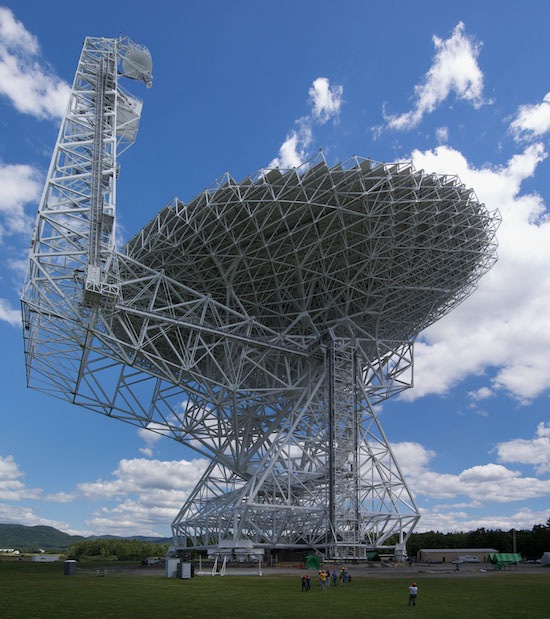 The Robert C. Byrd Green Bank Telescope is located in the state of West Virginia, nestled in the middle of the United States National Radio Quiet Zone — an area of limited or banned radio transmissions, which greatly helps the telescope in operating to its highest potential. The telescope, which was completed in 2002, took eleven years to construct. Equipped with its massive 328-foot (100 m) dish, this fully steerable telescope has made several notable discoveries, including the discovery of the hydrogen gas-based Ophiuchus “superbubble,” which is located 23,000 light years distant. 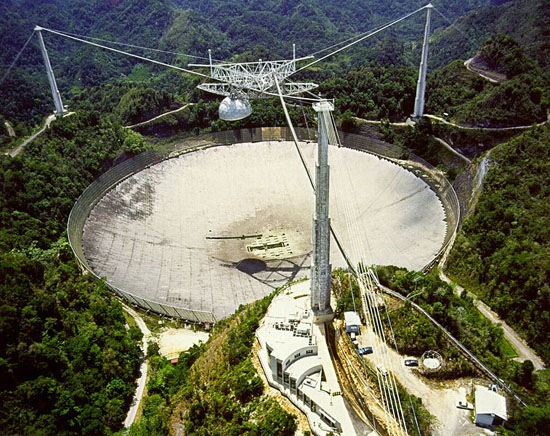 The largest curved focusing dish on Earth by far is to be found in the Arecibo Observatory near the city of the same name in Puerto Rico. Operated by SRI International — a research institute born out of Stanford University — and with supervision from the National Science Foundation, the Observatory engages in radio astronomy, radar observations of the solar system and the study of the atmospheres of other planets. The enormous dish was built in 1963 inside the depression caused by a naturally occurring sinkhole. This somehow seems apt, as data about naturally occurring phenomena — albeit millions of miles away — interacts with man-made technology in the most wondrous of ways at Arecibo.