Home / Lifestyle / 12 Natural Disasters That Could Kill Us All

12 Natural Disasters That Could Kill Us All

A natural disaster is the effect of a natural hazard . It leads to financial, environmental or human losses. The resulting loss depends on the vulnerability of the affected population to resist the hazard, also called their resilience. This understanding is concentrated in the formulation: "disasters occur when hazards meet vulnerability." A natural hazard will hence never result in a natural disaster in areas without vulnerability, e.g. strong earthquakes in uninhabited areas. The term natural has consequently been disputed because the events simply are not hazards or disasters without human involvement. There are some natural disasters which we can’t predict, can’t plan for, and could completely destroy us as a species. 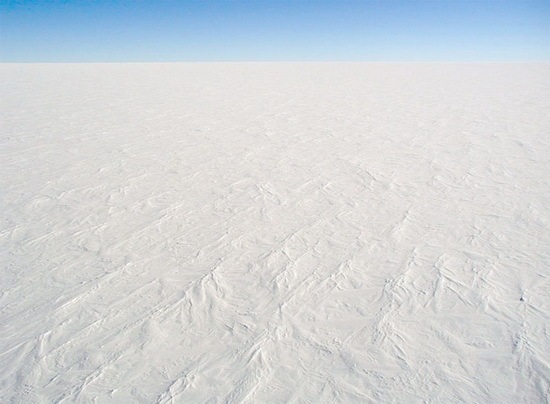 An Ice Age, more appropriately a glacial age or glacial maximum, tends to hit the earth every couple of millennium, enveloping the planet in cold and ice, retreating the oceans, and generally making life miserable. While humans have survived previous ice ages, that was when we were small bands of hunter gatherers. Can you imagine trying to feed a population of 6+ billion when it’s too cold for just about any crop we have to survive? Where all the humans have migrated to the equator to try and prevent death from cold? The worst possibility is what’s known as a “Snowball Earth,” where the entire planet gets covered in ice, from pole to pole. Good luck surviving that, humanity. 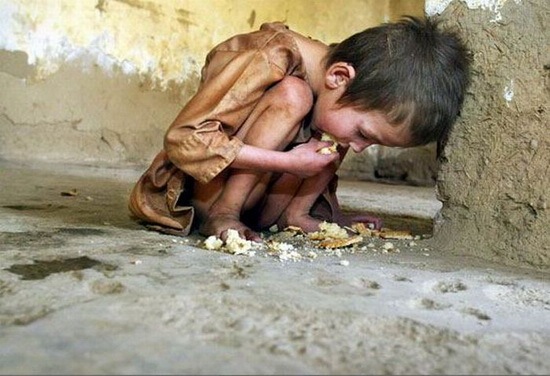 The vast and interconnected network that is our food supply is one of the most complex systems in existence, with what seems to be an incredible ability to adapt to changes — but at the same time, little events can cause immense upheavals. A food shortage big enough to kill off most of the human population may sound crazy, but it’s a very real possibility. Food riots have already been happening over the past couple of years as marginalized nations struggle to get basic, basic supplies so that their citizens don’t starve to death. All it would take is a minor shift in climate — not enough to kill people, but enough that rice becomes much harder to grow — and a huge proportion of the planet’s poplution would be faced with starvation 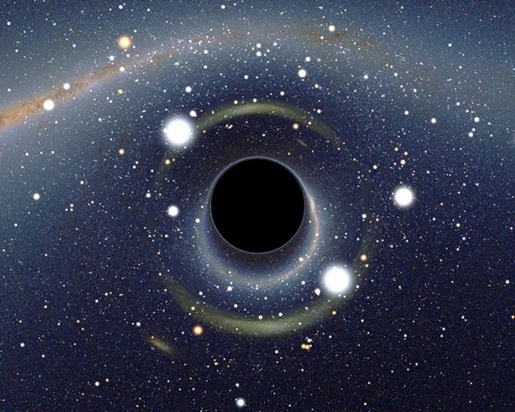 A black hole is a region of space from which nothing, not even light, can escape. The theory of general relativity predicts that a sufficiently compact mass will deform spacetime to form a black hole. Around a black hole there is an undetectable surface called an event horizon that marks the point of no return. It is called "black" because it absorbs all the light that hits the horizon, reflecting nothing, just like a perfect black body in thermodynamics.Quantum mechanics predicts that black holes emit radiation like a black body with a finite temperature. This temperature is inversely proportional to the mass of the black hole, making it difficult to observe this radiation for black holes of stellar mass or greater. 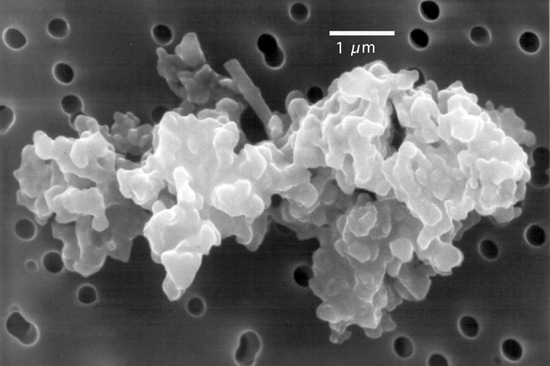 Space is thought to be filled with enormous clouds of incredibly fine dust, particles just 0.1 µm in size, roaming through the skies. It’s not like they’re going to rip us to shreds, but if our solar system (which keep in mind, moves through the galaxy much like our planet moves through the solar system) were to intersect with a dust cloud, it would be really bad news. There’s a theory that if this happened, we would get massive and destructive climate change on a scale never before seen. It could cause the earth to ice over, bringing another ice age, or else strip off the ozone layer and let us be killed off by the rays. 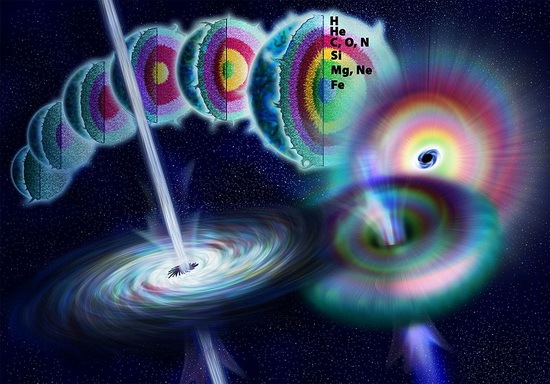 Despite what comics may have taught us, gamma rays do not give you superpowers. You will not hulk out. In fact, if a gamma ray burst hits the planet, it’ll strip it of all life instantly. A GRB only lasts a few seconds, but are so powerful, that if one happened in the Milky Way, we’d all be boned. See, if one was within 6,000 light years of us, it would strip the ozone, massively dose us with radiation, and leave us fucked. They’re a side effect of a certain type of supernovae, and are so deadly to life and cosmically common, that they’re one of the explanations given for why we’ve never found intelligent life — whenever a GRB happens, it wipes the slate clean. 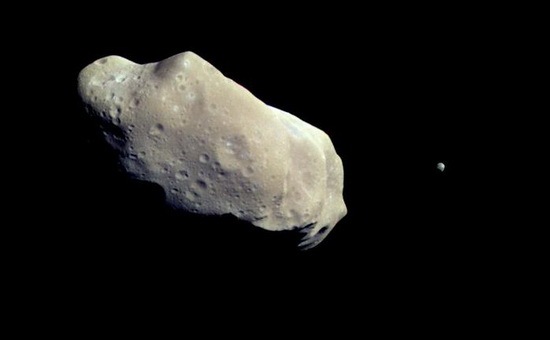 It did in the dinosaurs, it could do in us. Despite what Armageddon would have us believe, putting a nuke in it wouldn’t do shit either. Imagine, if you will, a lump of clay. Push a fire cracker into the lump of clay, leaving behind a nice big opening. When it detonates, most of the force will go up through the hole you made, and not into the clay…or asteroid. And even if it did split, now there are hundreds of large meteors smashing into our planet instead of just one big one. Either way, you have immense ground level destruction, an atmosphere full of dust, and general death. Even if it didn’t hit us, if a big enough asteroid passed by, it would alter our orbit, and fuck us up that way. 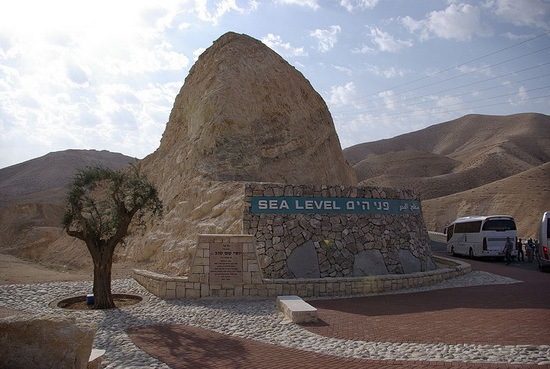 There are a group of major Earth extinction events known as “the big five”: End-Ordovician, Late Devonian, End-Permian, End-Triassic, and End-Cretaceous.  There was a massive sea level fall. This single feature is common in all major extinctions, and apparently the retraction of the ocean is a death knell for life. A dramatic sea level fall causes massive marine extinction, which has major impacts down the foodline . Then it can also cause major changes to climate and weather patterns.

The Yellowstone Calderea or any of a number of other supervolcanoes are just biding their time to erupt.  In Bill Bryson’s A Short History Of Nearly Everything, he devotes an entire chapter to the destruction it would rain down upon us if it ever blew — and it’s set to. It’s about that time of the epoch. It would explode with enough force to destroy everything within a thousand kilometers. To coat most of the country in 6-20m of ash. Most of the US, Canada, and Mexico would die due to this. Then you’d have the winter, floodplains of lava, and everything else. There’s no way to predict when one of the planet’s six supervolcanoes will detonate, but the Yellowstone one is apparently due to blow. At any moment, it could erupt, and end human life on the planet earth. 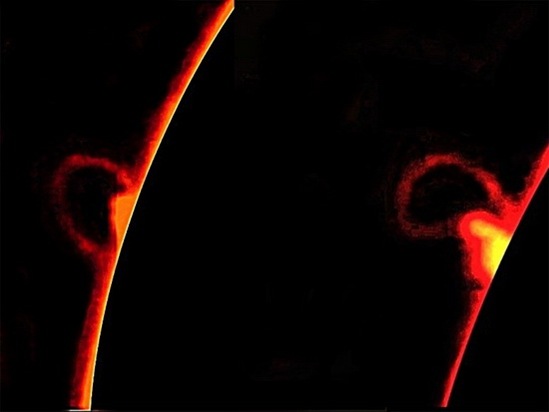 A sufficiently large solar storm would be enough to do in the human race. While the heat from it wouldn’t do much, the intense bombardment by EMP would mean the complete technological destruction of our planet. Everything electronic and not sufficiently shielded would stop functioning.  First, you’d see massive deaths in areas that require heating and cooling to survive. Lets see you survive Minneapolis in the winter. Then our farming programs — which require advanced technology in order to have outputs high enough to feed people — would collapse, as would the networks that allow us to get food from elsewhere. Hello massive starvation, death, and the destruction of humanity. 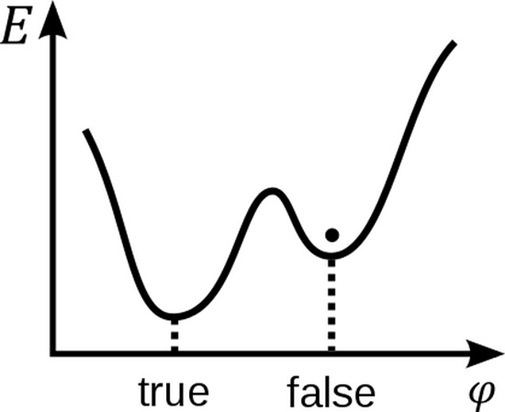 In quantum field theory, a false vacuum is a metastable sector of space that appears to be a perturbative vacuum, but is unstable due to instanton effects that may tunnel to a lower energy state. This tunneling can be caused by quantum fluctuations or the creation of high-energy particles. Simply put, the false vacuum is a local minimum, but not the lowest energy state, even though it may remain stable for some time. This is analogous to metastability for first-order phase transitions. 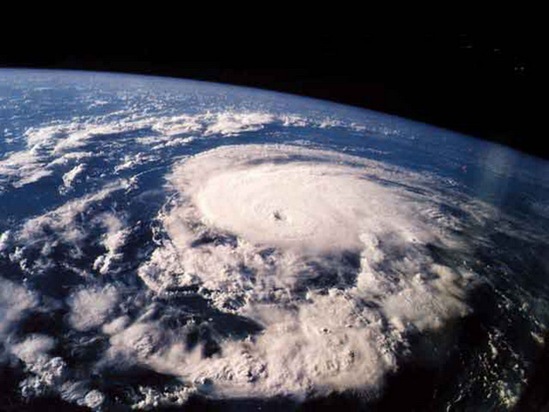 Imagine, if you can, a hurricane so large that it covers the entire North American continent — yes Canada and Mexico too — with winds over 500 mph. That’s strong enough to destroy anything man has ever even thought of, let alone constructed. Imagine that spreading across the planet, destroying everything in front of it. If we’re lucky, instead of a hypercane, there might just be megacyclones, which are marginally less utterly destructive. These would arrive if the oceans heated up to a warm enough temperature, through global warming, comet strike, or changes in the rotational axis of the earth. 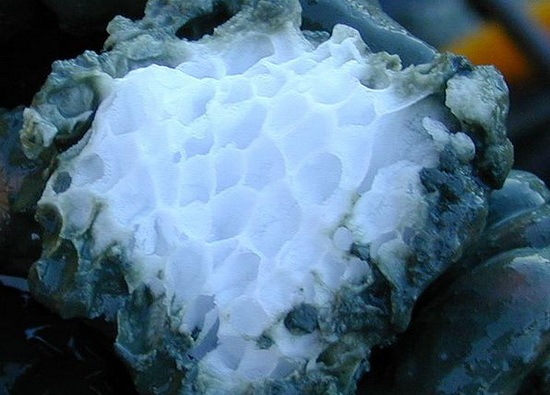 The clathrate gun hypothesis builds on the problem of sea level falls in a very interesting way. See, the theory is that when the sea level drops, it causes a massive release of methane into the atmosphere from the methane clathrate compounds which are buried in the seabeds and permafrost. Methane is like a super greenhouse gas, and once it kicks in, the temperature change is so dramatic that the seas retract further and more ice melts, releasing more methane through the same method. It’s a snowball of global warming death, that gets worse and worse, triggering a domino effect of death.