Home / Nature / Places / Travel / 12 Most Beautiful Waterfalls in the World

12 Most Beautiful Waterfalls in the World

It's not easy to put together a Top 12 Best Waterfalls List because it's completely subjective and limited to each person's experience with the falls being named. We've created the Regional Top 12 Beautiful Waterfalls Lists to give you an idea of what to look forward to if you're waterfalling in some of these special places. And like any exclusive list, there's sure to be deserving ones that are left out. 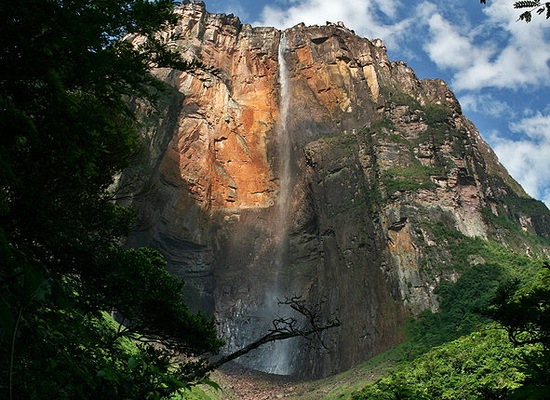 This is considered as the tallest permanent waterfall of the world having a total drop of 979m. comes from the lap of Tepuy Mountain of Venezuelan equatorial rainforest. It’s a mere adventure to visit this water fall which always leaves an everlasting impression on the tourists. 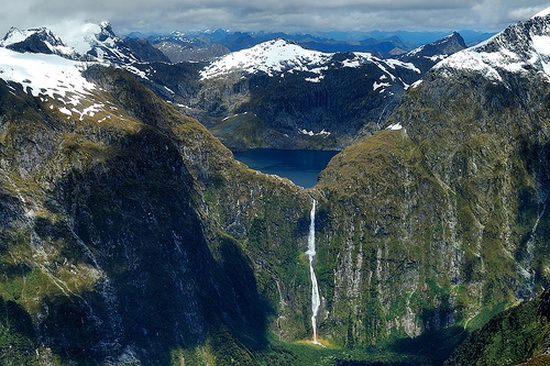 In a country that holds a special place in our hearts, this gorgeous 580m waterfall is easily New Zealand's most spectacular waterfall and makes our list. Given its remote location deep in the wild and beautiful Fiordland National Park (also a World Heritage Area), it's one of many highlights of the Milford Track - said to be one of the finest walks in the world. 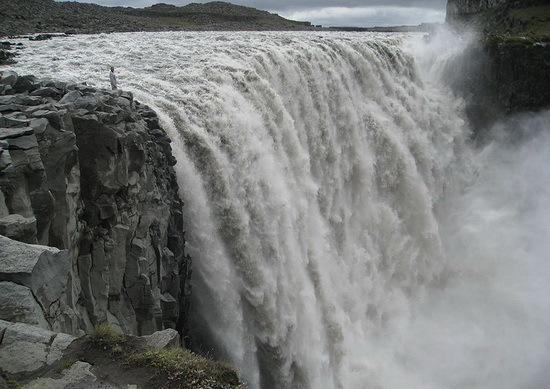 It is Europe's most powerfull waterfall sending glacial meltwaters over its 44m precipice unchecked at a flow of around 500 cubic meters per second. It epitomizes the wild and raw Icelandic Nature and is a favorite amongst Icelandic Nature lovers. Its position at the head of the impressive Jökulsárgljúfur (the Icelandic version of the Grand Canyon) surrounded by three other major waterfalls on the same river makes it a no-brainer for this to make our Top 10 Waterfalls List. 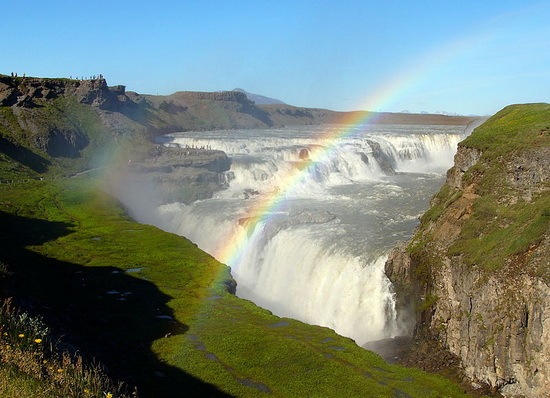 One of the more unique waterfalls you'll ever see in the world, this wild and wide waterfall tumbling on the Hvítá River in two tiers at 90 degree angles to each other is one of Iceland's iconic natural attractions. Part of the Golden Circle of Iceland's main attractions in the Southwest, this is a must on anyone's itinerary. In addition to the falls' unique shape, you can see rainbows arcing over the falls when your timing's right and the weather cooperates. 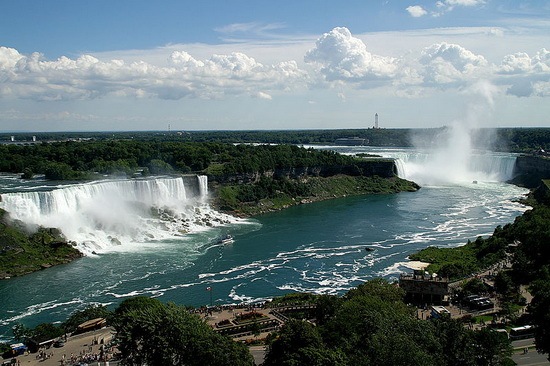 Easily the most famous waterfall in North America, this powerful waterfall also ranks as the biggest one by volume with a whopping average of about 750,000 gallons per second (2.8 million Liters per second)! In addition to its raw power, the falls is easily one of the easiest to access and view from all sorts of angles. While its surroundings are a bit less naturesque for many, it clearly makes the upper tier of our list of Top 10 Waterfalls. 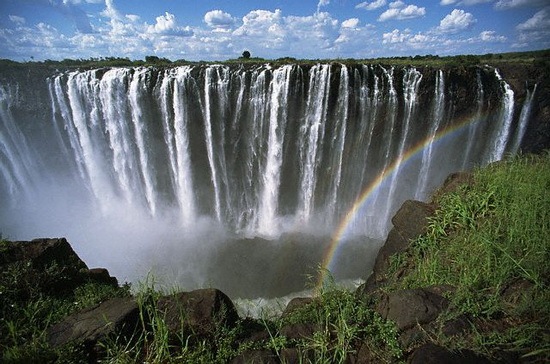 Easily deserving of the top spot on this list (though it finished a very close second), it's the largest singular waterfall in the world spanning a width of 1.7km, a height of 108m, and an average flow of 1 million liters per second! It's no wonder this "smoke that thunders" is considered one of the seven natural wonders of the world and is a UNESCO World Heritage site. Indeed, it's got power, beauty, and it will make you humble and awestruck. 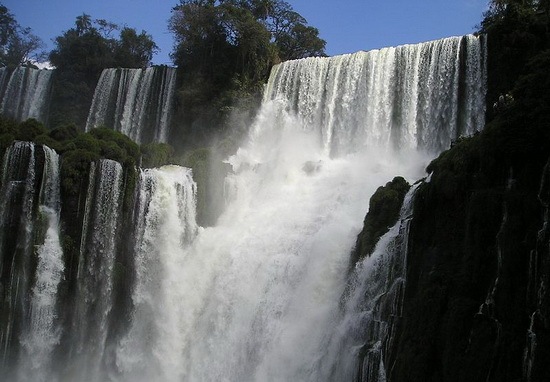 With its brink spanning a distance of an incredible 2km in its average flow of 1.3 million liters per second, this falls tops our list of favorites. The falls actually consists of some 275 individual waterfalls and cascades. Catwalks make it easy to get closeup and intimate views and the rainforest surroundings make the scenery feel right for a natural attraction such as this. Put it all together and Julie and I believe this falls is heads and shoulders above the rest (except Victoria Falls) that we've seen! 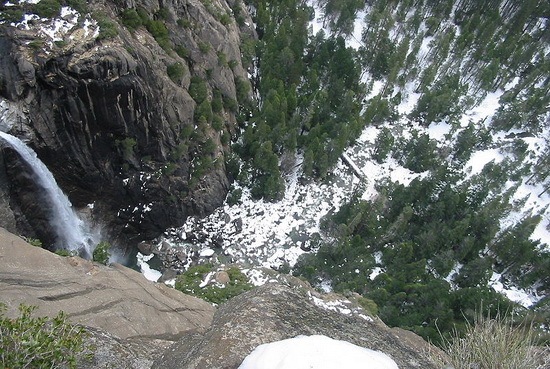 It is also considered as one of the tallest waterfalls, having a height of 2425 ft but don’t falls round the year. View is very convenient from different angles and trails, its magnificent glory made it look like as crown jewel in YOSEMITE VALLEY. 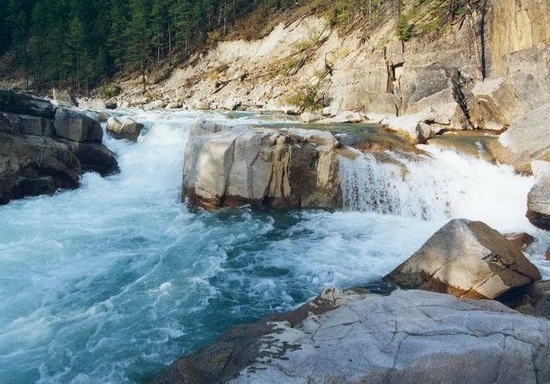 This fall seems a miracle of Nature, located in the Kodar area of Russia. Travelers always left astonished with its naturesque glory and unmatchable beauty, because of its rough terrain. 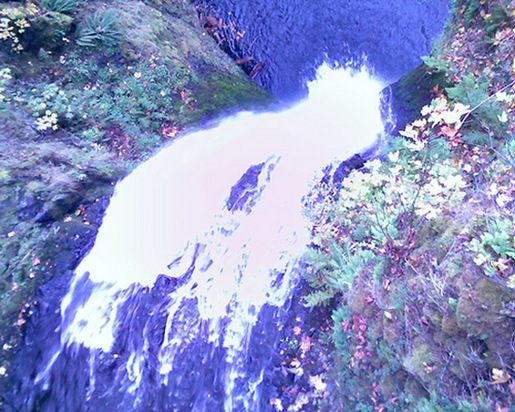 A site always admired by visitors. As its name indicates it falls down magnificently from the top of Mount Konahuanui in Hawaii but on the way nearly at middle strong wind forces it backwards, making it true to its name Upside Down. 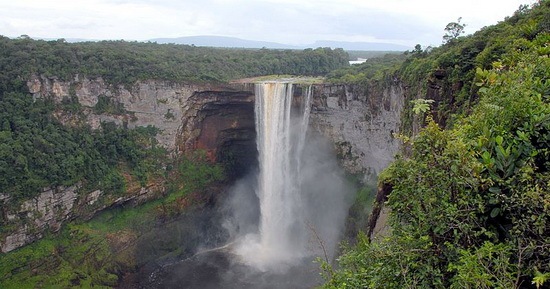 Said to be one of the tallest single-drop waterfalls in the world, this rectangular-shaped monster (said to be 741ft tall 370ft wide) sits atop the ancient Guyana Shield amidst some of the most pristine rainforest left on earth! Indeed a visit to this world wonder can yield rare wildlife settings as well as the reassurance that there are still places on the planet where nature is still allowed to thrive. Thus, Julie and I had to make room for this waterfall on our Top 10 List! 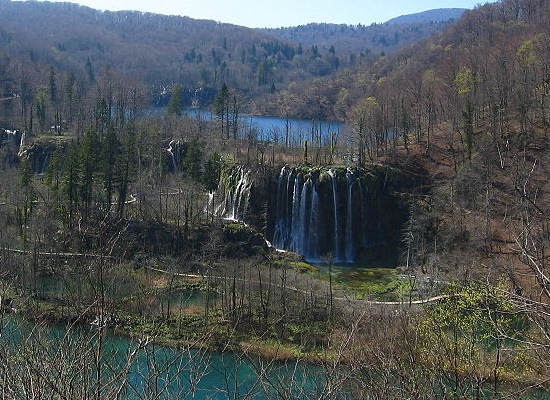 When it comes to the overall waterfalling experience, it's hard to beat this world famous attraction. While the rest of the waterfalls on our Top 10 List are primarily singular waterfall attractions, this one is really a network of countless waterfalls (some of which are impressive enough to stand out on their own). The waterfalls themselves segregate the many clear and colorful lakes that bring life to this lush and protected ecosystem. Plus, you have boardwalks that take you under, over, and around almost all of the notable waterfalls for some of the most intimate waterfalling experiences to be had. Add it all up, putting these waterfalls on this list was an absolute no-brainer as far as Julie and I were concerned.