You are dreaming of a paradise of your own. You want to experience the exhilarating freedom of being in a stunning travel destination without a noisy crowd. You want that isolated beauty, a solitary experience, for a complete tranquil experience.

If you are on the hunt for a destination that is almost a secret, a stunning location that not many know about, then here’s a list of twelve of the world’s best secret islands: 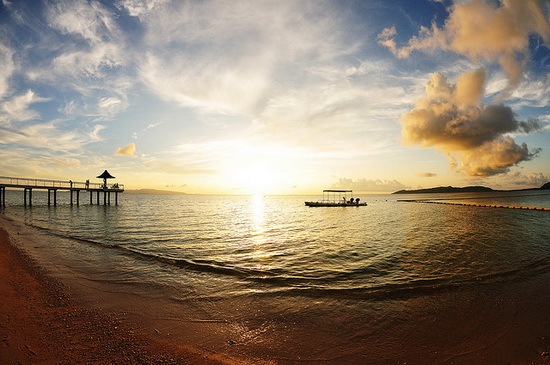 The idyllic Yaeyama Islands are tucked away at the very southern tip of the Japanese archipelago. Looking more like the Caribbean, the islands of Iriomote, Taketomi and Ishigaki serve up generous portions of sun, sea, sand and sushi. Ishigaki has the best of the beaches, while Taketomi is famous for its traditional Ryukyuan houses and Iriomote is a jungle playground with an open-air onsen (hot springs). 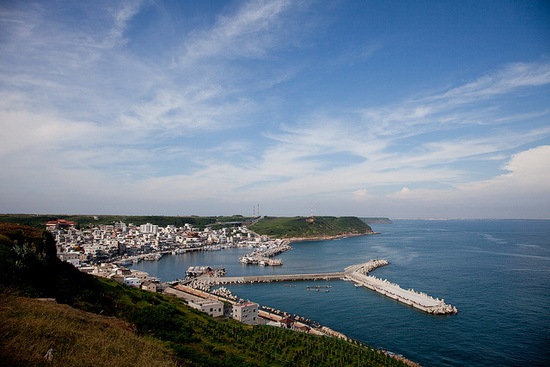 If Taiwan is the other China, then the Penghu islands are the other Taiwan. Administered from Taipei, the 90 islands of the Penghu archipelago are – within Taiwan at least – for their glorious scenery and ‘touching nostalgia’, which translates to unspoiled traditional Taiwanese culture. Away from the capital, Makung, this is a land of ox-carts, fish-traps, stone-walled fields, basalt cliffs and ancient temples dedicated to the sea goddess Matsu. If sun and sand are more your cup of shochu, the beaches and windsurfing are pretty impressive too. 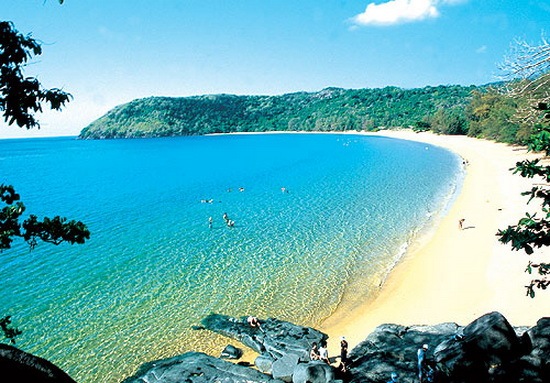 Another prison-turned-paradise, the Con Dao islands were home to the most notorious penal colony in Indochina, and continued its grim work until the end of the Vietnam War. Now preserved as Con Dao National Park, the 16 islands are a natural wonderland of dense jungles, jade-coloured waters and white-sand beaches, home to dugongs, dolphins, turtles and spectacular coral reefs. For now, tourist developments on the islands are limited to a single dive shop and a handful of resorts in Con Son township. 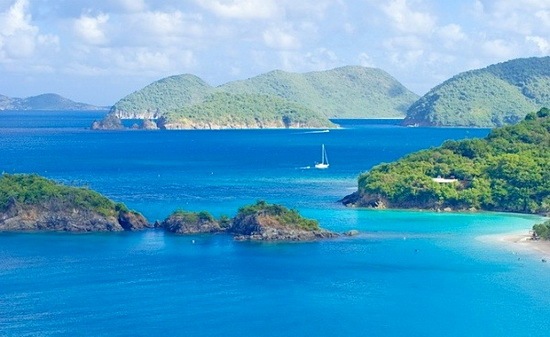 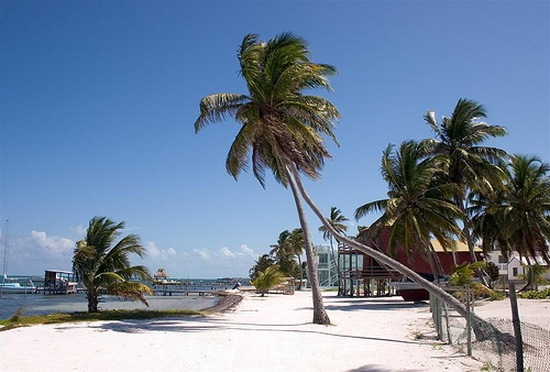 There’s nary a traffic light on this laid-back island—a five-mile strip of land that’s a 15-minute flight from Belize’s main airport. Head to Shark Ray Alley to snorkel among nurse sharks and stingrays or go scuba diving at the underwater caves of Blue Hole. Aboveground, try the curried lobster at the roadside Jolly Roger’s Grill 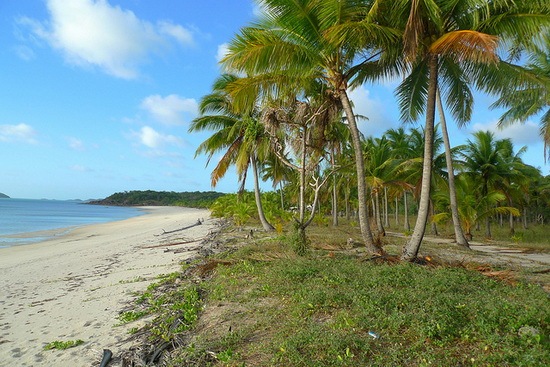 As far as you can go in Oz without falling off the map, the Torres Strait Islands are Australia as it might have been if Europeans had never arrived. Spilling north from the tip of Cape York, the 274 islands in the Torres Strait preserve a unique tribal culture that bridges the divide between Aboriginal Australia and Papua New Guinea. The Great Barrier Reef is right on the doorstop and there are airstrips and hotels on Thursday Island and Horn Island, but access to other islands is at the discretion of local tribal councils. 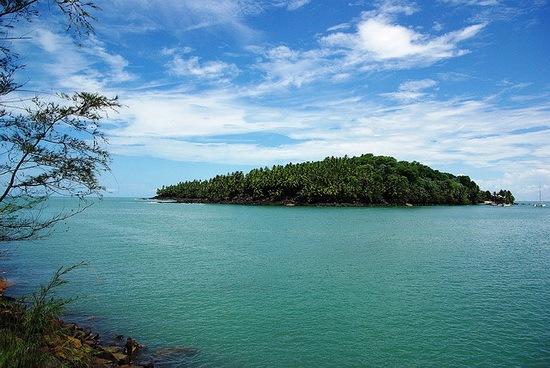 Most people have heard of Devil’s Island, but few would be able to stick a pin on a map. The smallest of the three Îles du Salut, this infamous former penal colony is separated from the coast of French Guiana by 11km of treacherous, shark-infested waters. Steve McQueen tried to escape the islands repeatedly in Papillon, but most modern visitors are willing castaways, lured here by waving palms, chattering macaws and spooky ruins from the penal colony days. 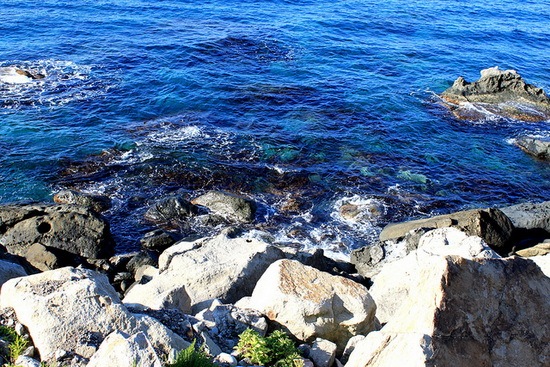 It’s easy to see the appeal of tiny Ulleungdo. Midway between South Korea and Japan, this rugged volcanic island is said to have no pollution, no thieves and no snakes – in other words, this is perfect hiking country. Ferries run daily from the mainland to the tiny port at Dodong-ri, where trails climb to the rocky summit of Seonginbong Peak (984m). If you want to really push the boat out, continue to the Dokdo islands – a tiny collection of outcrops that are hotly disputed between Japan and South Korea. 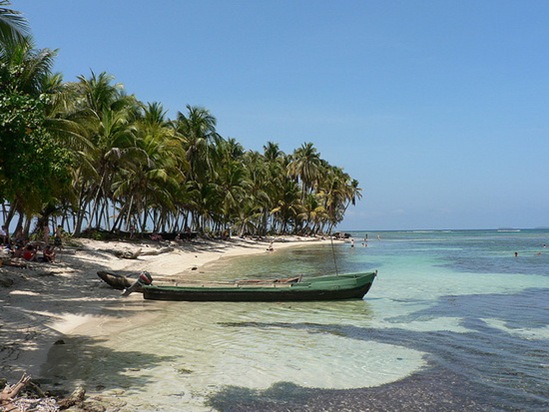 Panama probably isn’t the first place that comes to mind when you think of the Caribbean, but this Central American nation has coral cays to rival anything in the Caymans or the Virgin Islands. Run as an autonomous province by the Kuna people, the San Blás Archipelago is a crescent of 365 tiny islands basking in the warm waters of the southern Caribbean. Forget luxury resorts – the only hotels are homestays in village houses and dinner is whatever the fishermen bring home in their canoes each evening. 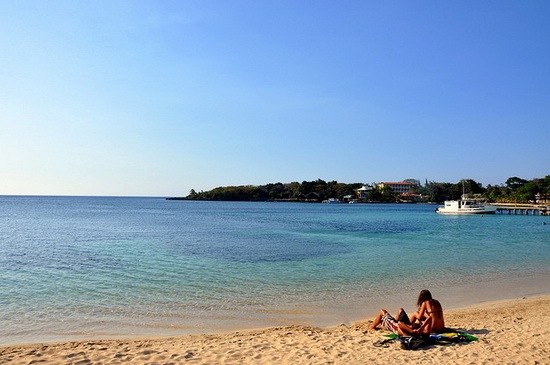 Forget Pirates of the Caribbean – the sand-dusted islands that float off the coast of Honduras are the real deal. In their heyday, the islands of Roatán, Utila and Guanaja were home to 5000 cutthroats, brigands and buccaneers, including the infamous Henry Morgan (aka Blackbeard). These days, the Bay Islands are better known for their beaches, diving and laid-back tropical vibe. You can turn the volume down ever further at the nearby Cayos Cochinos (Hog Islands) – 13 languorous coral cays and one secluded resort in a sea of brilliant blue. 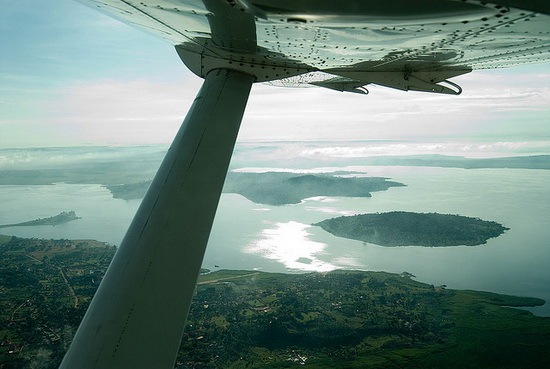 Why would a landlocked African nation appear on a list of desert islands? Thank Lake Victoria. The Ssese Islands tick all the right boxes for an island paradise – golden beaches, whispering palm trees, exotic flora and fauna – they just happen to be in the middle of Africa’s largest lake. Most of the 84 islands in the Ssese group are undeveloped, but a handful of resorts and beach camps grace the sands of Buggala, Bukasa and Banda. Aside from basking in the sun, the main activities are combing the jungle for exotic creatures and canoeing across the lake. 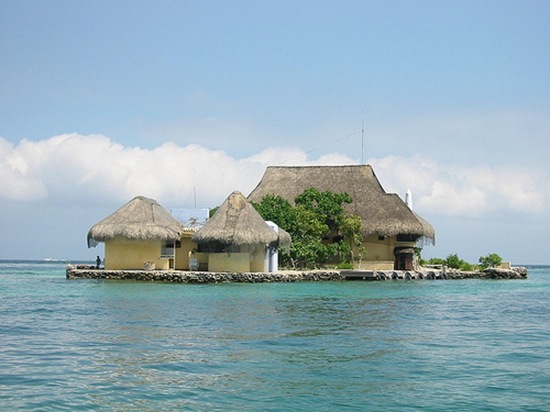 At the Oceanario Islas del Rosario you can enjoy all the wonders, beauty and color of the marine life in the Rosario's Coral Reef National Park.

A nice guided visit on platforms over the water, will let you see, appreciate and enjoy the wealth of our oceans at the same time that you will be entertained and amused in the midst of a natural environment.