There isn’t anything quite as mysterious and spectacular as an old castle. Many castles carry with them scars from histories most influential moments. In the Middle Ages rulers began building castles for protection. In a time of war, the castle was a stronghold for conquering nations.  Castles have been battered and left inhabitable, but it is difficult to completely destroy a well built structure.  In modern times many contemporary castles are being built, but they are mainly used for hotels and entertainment. 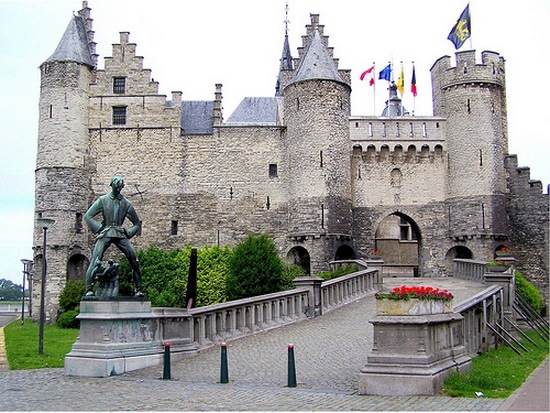 Het Steen (The Stone) is an ancient medieval castle built in the old city center of Antwerp, Belgium, which is one of Europe’s biggest ports. Built around 1225 it is Antwerp’s oldest building. The castle was constructed in part to control access to the Schelde, the river that flows through this area. It was also used as a prison between 1303 and 1827.  There are often reports of weird noises and ghostly activity on the grounds of Het Steen.  The castle is being used for various museum exhibits. 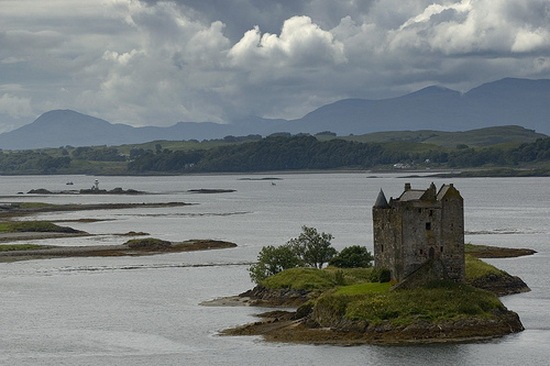 Castle Stalker is a four-story tower house located near Port Appin, Argyll, by Scotland. It is believed that this structure was built around 1320 by Clan MacDougall, who was then Lords of Lorn. It was abandoned around 1840 when it lost its roof. In 1908, it was re-purchased and had basic conservation work done. This castle is quite famous and has appeared in the films Monty Python and the Holy Grail and two Highlander movies. It is one of the best examples of a medieval tower-house surviving in western Scotland. 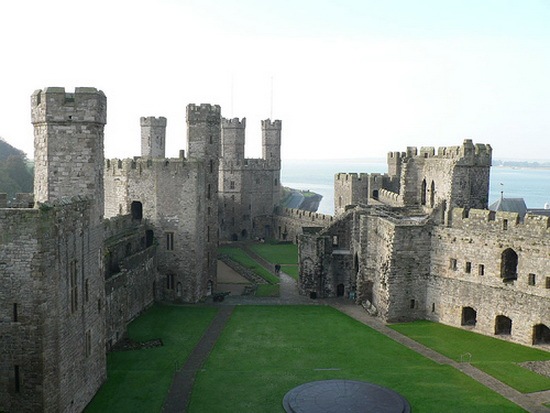 Caernarfon Castle is located at Caernarfon in Gwynedd, north-west Wales. When Edward I took control of Gwynedd in 1283 by defeating Llywelyn ap Gruffudd, prince of Wales, he began building numerous castles and fortresses in the area. Some other notable structures built by Edward I were Conwy Castle, Harlech Castle, and later Beaumaris Castle. The fortress was constructed in a strategically important location. It is located on the banks of the River Seiont that flows into the Menai Strait. 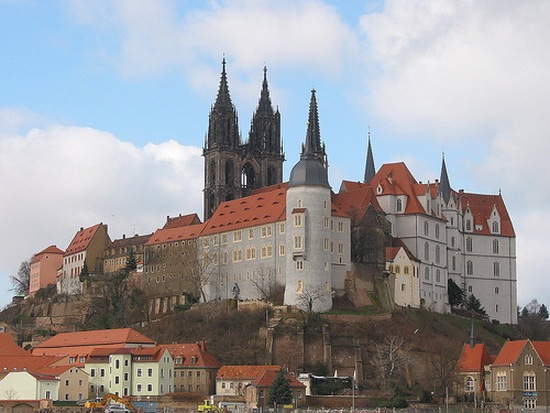 This structures history spans all the way back to 929 when a military camp was established between the rivers Meisa, Triebisch, and Elbe. The castle was destroyed in the 15th century and redesigned by Arnold of Westphalia, mostly in the late Gothic style.  This landmark dominates the city centre of Meissen, Germany. In 1645, Swedish General von Königsmark captured the castle during the Thirty Years War.  The structure was a factory for the first fine European china, Meissen porcelain, from 1700-1850. During World War II Albrechtsburg was used as storage for artistic inventories of the Dresden Art Collections and some other stolen artifacts 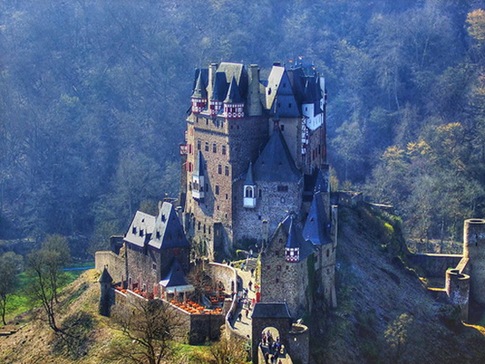 Burg Eltz is a medieval castle nestled in the hills above the Moselle River between Koblenz and Trier, Germany. In the 13th century many towns were being founded in this area. Multiple owners came to claim this land and jointly built Burg Eltz. This was a common practice in some parts of the Roman Holy Empire of the German Nation, as only the very rich European lords could afford to build a castle solely on their land. This has caused the property to be divided into a community of joint heirs, which belong to different branches of certain families. 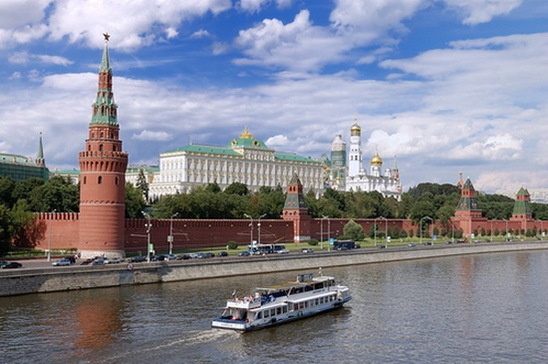 The Kremlin is one of the most lavish structures in the world. It is located in the heart of Moscow and overlooks the Moskva River to the south, Red Square to the east, and Alexander Garden to the west. It stands on the left bank of the Moscow River, where it connects to the Neglinnaya River. Kremlin is actually a Russian word for fortress or castle. This landmark consists of four palaces, four cathedrals, and the enormous Kremlin Wall. It is the residence of the President of Russia. 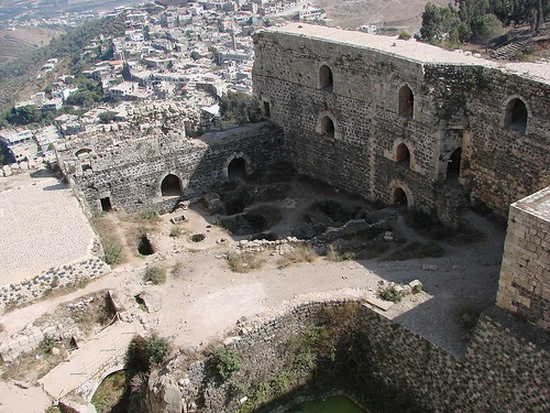 This castle might be the most important preserved medieval military landmarks in the world. It is a crusader fortress located east of Tripoli, Lebanon, in Syria. It sits atop a 650-metre-high hill along the only route from Antioch to Beirut and the Mediterranean Sea. It is one of many fortresses that were built as a defensive network on the boarder of the old Crusader states. This base controlled the road to the Mediterranean Sea. During The Crusades this was an incredibly important structure.  Around 1200 it was expanded to the largest crusader fortress in the Holy Land and was transformed into a concentric castle, which is a castle within another castle. 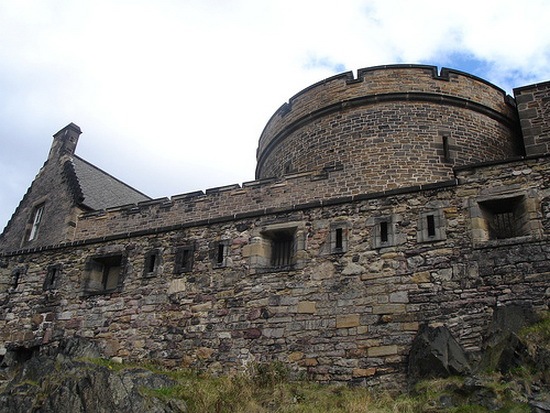 Edinburgh Castle is an ancient stronghold located atop Castle Rock in Edinburgh, the capital city of Scotland. It is unclear exactly when it was constructed, but there has been a royal castle at the location since the reign of David I in the 12th century. It continued to be a royal residence until 1603 and the Union of the Crowns.  Edinburgh Castle has been involved in numerous historical conflicts, including the Wars of Scottish Independence in the 14th century and the Jacobite Rising of 1745. It has been besieged, both successfully and unsuccessfully on many occasions. 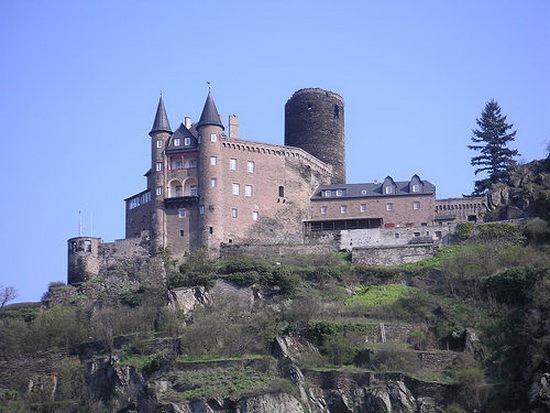 Burg Katz is a castle above the German town of St. Goarshausen. It is a truly remarkable structure tucked in the hillside. It was built around 1371 by Count Wilhelm II of Katzenelnbogen.  It was originally used in the military as a commanding station.  The castle also provided a transportation corridor through the German countryside. Burg Katz was an attractive target and was scarred by many battles. Spaniards conducted a siege in 1626 and the French tried to capture it in 1684 and again in 1692. In 1801, it was ultimately owned by France and Napoleon decided to blow it up in 1806.  It remained in disrepair well into the late 19th century.  The structure was rebuilt from 1896-98. Burg Katz houses a private Natural Science Grammar and Boarding School and is closed to the pubic. At least that is what they tell us, Hogwarts? 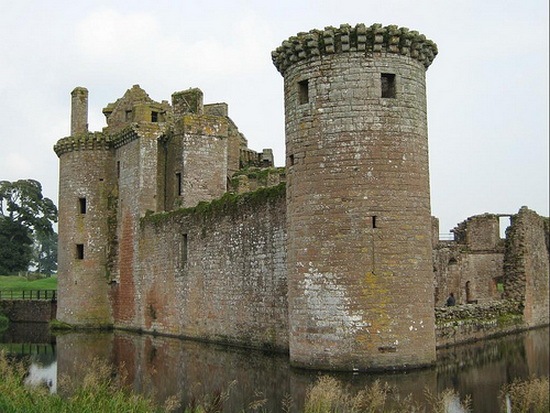 Caerlaverock Castle was built in the 13th century in southwest Scotland. It is a unique structure and is a triangular double moated castle. Located very close to the border with England, this castle was vital in defending off English troops on numerous occasions. It was also besieged more then five times, most notably in 1300 by Edward I. After a siege in 1640 by Catholic Maxwells the castle was permanently abandoned. During this battle the south wall and tower were demolished, scars that remain today.  Caerlaverock Castle is an extremely popoular tourist attraction and its ruins are in a National Nature Reserve in the care of Scottish Natural Heritage.