Volcanic eruptions are deemed the most dangerous forms of natural catastrophe. The flow of burning red lava hardly gives enough time to flee. That accounts for the massive casualty lists you will find in countries and regions threatened with an active volcano. Apart from the immediate loss of life and weather anomaly, such eruptions lead to far-reaching changes in climatic conditions, often taking several years for bringing things back to normal. 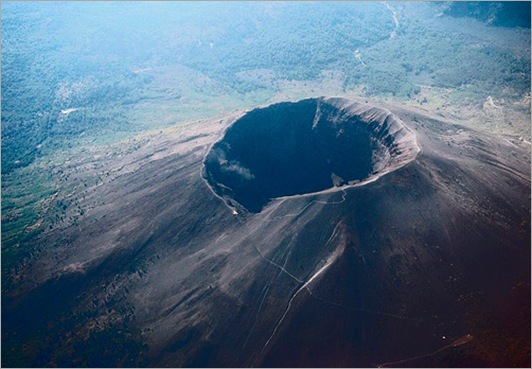 Mount Vesuvius stands tall on the coast of Bay of Naples and graces the beautiful landscape of Naples that lays ahead to its remarkable elevation. Notwithstanding its scenic beauty, Mount Vesuvius has given way to a number of eruptions, among which the one occurring in AD 79 was violent enough to destroy the prosperous Roman cities of Herculaneum and Pompeii. 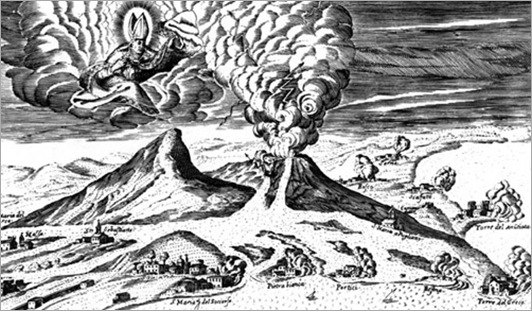 Mount Vesuvius on the Bay of Naples, Italy holds the record for being the only active volcano in Europe that has erupted in the last hundred years. Right from the Roman era, Vesuvius has kept erupting time and again with varying intensity. The eruption of 1631 was of a particularly destructive nature that took its toll on almost 3,500 residents and their village settlements. Apart from the molten lava, streams of boiling hot water was also ejected that served to aggravate the devastations. 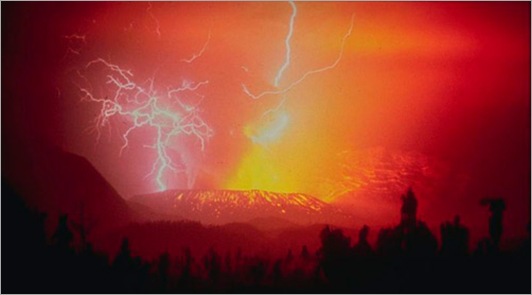 This is yet another of the deadly active stratovolcanoes of Indonesia, belonging to the Pacific Ring of Fire that erupted in West Java of Indonesia in 1882. The Ten Thousand Hills of Tasik Malaja on the southeast slope of Galunggung Volcano has long remained a subject of speculation for Western geologists who have propounded different theories for their formation. While some suggest that, the accumulating deposits of liquid lava leakage formed them, others propose they have been created artificially. This volcano located in East Java and Indonesia is notorious for almost 30 explosive eruptions that have the marked its history since 1000 A.D. The eruptions occurring in the years 1951, 1966, and 1990 were collectively responsible for the death of 250 people. The 1919 eruption was of a magnitude that has surpassed all recent records of destruction mainly due to its massive mudflow that took 5,110 lives. 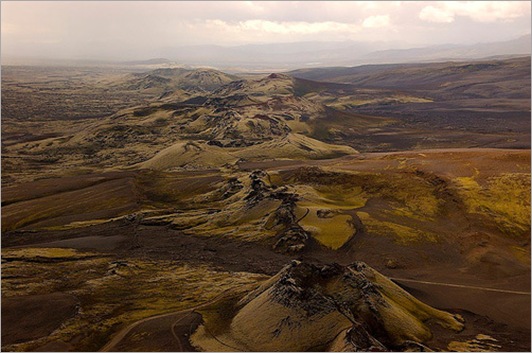 Laki is the other name for the term Lakagígar meaning ‘Craters of Laki’ – a system of Eldgjá canyon and Katla volcano found between the Mýrdalsjökull and Vatnajökull glaciers near the Kirkjubæjarklaustur town. After the large eruption of AD 934, history repeated itself on 8 June 1783 when about 14 km3 of thick basalt lava emitting from the Grímsvötn volcano and Laki fissure flooded the plains. 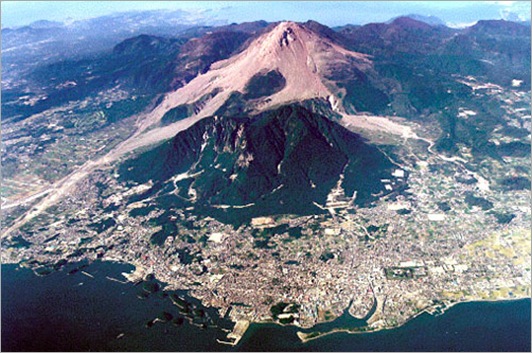 Mount Unzen stands out as an active volcano from among a group of interlacing stratovolcanoes bracing the city of Shimabara in the Kyūshū Island. The volcano has again become active in the last decade and pyroclastic flows were reported latest in 1991. However, these are nothing compared to the 1792 post-eruption earthquake and the subsequent collapse of many volcanic domes including the eastern part of the Mayuyama dome that set in motion killer tsunamis. This was coupled by the deadly dacitic lava flow from the nearby Fugen-dake peak. Recent tests are being carried out by volcanologists to find out the possibility of the repetition of such tragedy. 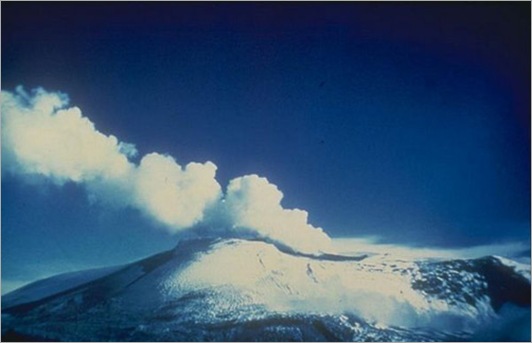 The Andean stratovolcano Nevado Del Ruiz or Mount Ruiz is located in Colombia’s Caldas Department that falls within the ‘Pacific Ring of Fire’. Although this volcanic cone had been active since the early Pleistocene epoch, its 1985 eruption and the subsequent mudflow were phenomenal and sufficient to wipe out the very existence of Armero. The October 1985 disaster that measured 3 in the Volcanic Explosive Index came as a shock since Mt. Ruiz had been inactive for 150 years. 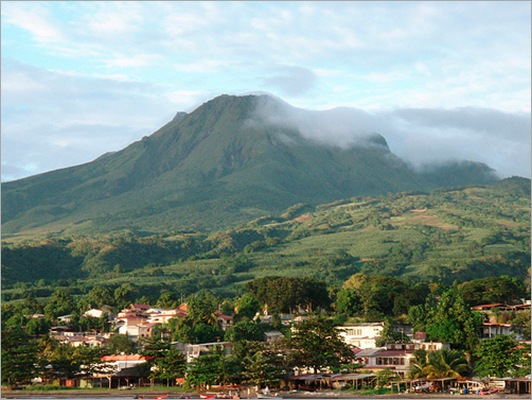 Situated in the northern fringe of Martinique, Mt. Pelee is one of the greatest stratovolcano of the world that created havoc in the city of Saint-Pierre with its massive 1902 eruption. Saint-Pierre use to be a fairly large and prosperous city of the French Caribbean until the unlucky day of 25 April when a series of explosive eruptions heralded the oncoming catastrophe. Within no time, the streets of Saint-Pierre were covered in layers of volcanic ash. 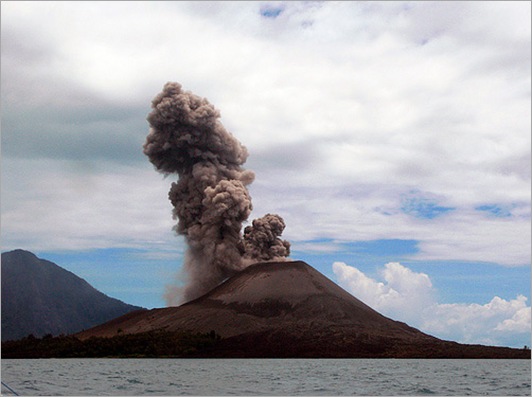 This notorious volcanic island is situated between Sumatra and Java. The devastations caused by the serial eruptions on August 26 and 27 of 1883 have even outshone the Hiroshima nuclear bombings in impact and sound. It was heard from as far as Australia and Mauritius! The eruption that ranged up to 6 in the Volcanic Explosive Index wiped out two-thirds of the Krakatoa Island. It was followed by all-engulfing tsunamis that ravished the city of Merak and disrupted vessels floating on the South African coast. 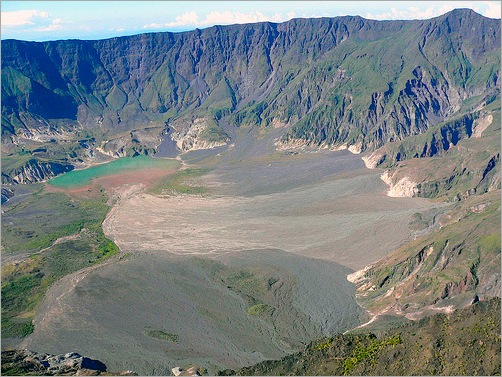 This 4,300 m high active stratovolcano located in Sumbawa Island of Indonesia drained the contents of its massive magma chamber in April 1815 accumulated over centuries. The impact of this titanic explosion measured 7 in the Volcanic Explosive Index and was felt throughout 1816 with gross climatic changes, a mini tsunami, volcanic ash rain and destruction of crops and livestock that caused a lasting famine in Northern Hemisphere.