The 7 smartest animals in TV history

Television has been full of overly intelligent animals that could easily gain membership into MENSA if they so wished. Of all the animal eggheads out there, here are the seven TV animals that probably have the highest IQs. 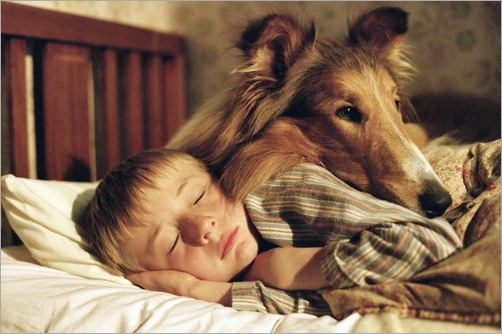 A few years back, June Lockhart (actress for the Lassie TV show), described the show as “a fairy tale about people on a farm in which the dog solves all the problems in 22 minutes.” Truly, when an entire family relies on the wits of their pet dog, it’s safe to say that the pooch has a fairly high intelligence. Each week, dumbass Timmy would find a way to get himself into trouble, and Lassie would dash off to tell his parents that he needed help. Apparently, Lassie also retains the highly evolved ability to communicate via telepathy, because she was able to relay the specific scenario Timmy had gotten himself into. 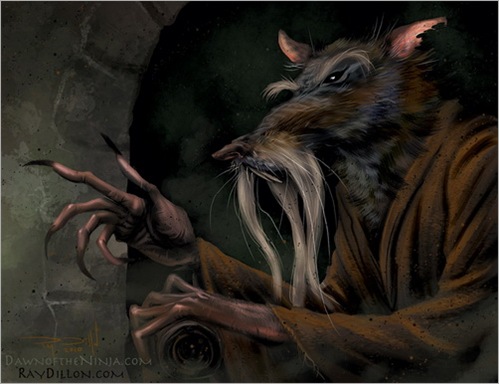 You’d be hard pressed to find an animal that is wiser than Master Splinter. Skilled in the way of ninjitsu, he uses his lifetime of experience to somehow teach four mutant turtles how to protect New York City from the foot clan. Despite his vast knowledge, Splinter has just as much heart as he does brains -– a fact that may explain his curious love of soap operas.

5. Simon Seville – Alvin and the Chipmunks 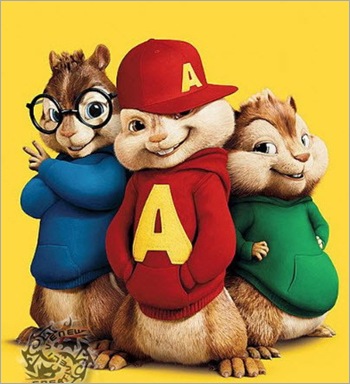 Data suggests that Simon possesses an IQ “just north of Einstein.” If true, this would be one intelligent chipmunk, indeed. Clearly the egghead of the trio, Simon is typically in charge of planning the crazy schemes that Alvin is always getting into. He is also a gifted musician, with the ability to play such varied instruments as the saxophone, tuba, bass guitar, drums and bagpipes. 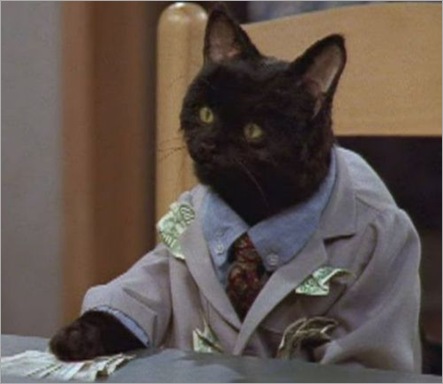 As it turns out, Salem the cat is actually a centuries-old warlock trapped in the body of an American Shorthair cat. Given this fact, this little feline possesses an exorbitant amount of human knowledge. The fact that Salem became a cat due to a failed attempt at world domination also suggests he was intelligent and crafty even when compared to the general human population.

3. The Brain – Pinky and the Brain 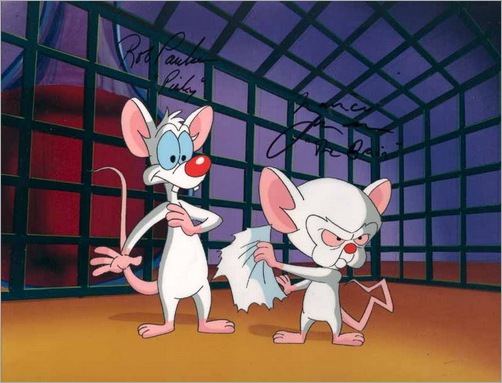 Speaking of world domination, no animal is better equipped with the knowledge to accomplish such a task than Brain from Pinky and the Brain. As a lab rat, scientific experiments have resulted in Brain being outfitted with an over-sized and highly advanced brain. Educated on such topics as world history and English literature, Brain uses his exceptional intelligence to concoct intricate plans to take over the world. And he likely would have succeeded if it weren’t for that idiotic thorn in his paw – Pinky.

Though few humans are aware of it, little Lord Nibbler has the super intelligence necessary to properly protect planet Earth. When necessary, he speaks to Leela, Fry and the others via telepathic manipulation. He also is advanced enough to possess the ability to wipe the memories of anyone unfortunate enough to look into the flash of his third eye. As a prime representative from the oldest animal race in the galaxy (the Nibblonians), Nibbler draws on an exceptional amount of accumulated knowledge to help keep the folks of Planet Express safe from harm.

Compared to most of the characters on Family Guy, Brian the dog is pretty much Einstein. He enjoys a variety of high-intelligence hobbies, including writing various novels and poetry. He also takes an egg-headed interest in politics and finds the majority of humans wholly uneducated and inferior to himself. Add it all up, and it would seem that Brian should be enjoying a cultured career in the field of his choosing rather than eating used bubblegum from the trashcan of the Griffin household.