10 of the Greatest Unresolved Mysteries

The world, like it is, have been seeing things that still haven’t been fully explained and have baffled people since times of yore. Many mysteries came and passed by as they got solved out by humans but many still exist which perplex the human brain. Searches are underway to resolve them since long but in vain. Here is a list of few of the greatest mysteries that either defy rational explanation or just remain an unsolvable puzzle. The Wow! signal was a strong narrowband radio signal detected by Dr. Jerry R. Ehman on August 15, 1977, while working on a Search for Extra-Terrestrial Intelligence (SETI) project at The Big Ear radio telescope of Ohio State University. The signal bore expected hallmarks of potential non-terrestrial and non-solar system origin. It lasted for a total of 72 seconds, the full duration Big Ear observed it, but has not been detected again. Much attention has been focused on it in the media when talking about SETI results.

Both the length of the Wow! signal, 72 seconds, and its shape corresponds to an extraterrestrial origin but its source remains unexplained. The region of the sky in which the signal was heard, lies in the constellation Sagittarius, roughly 2.5 degrees south of the fifth-magnitude star Chi-1 Sagittarii. 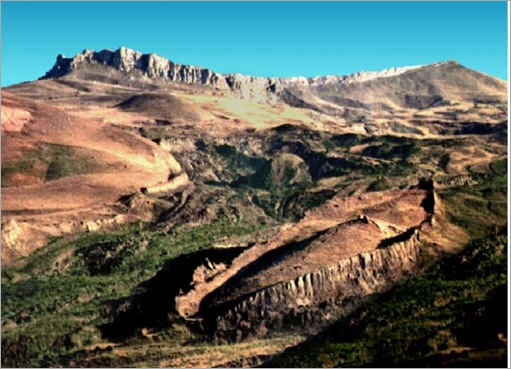 From at least the time of Eusebius (c. 275 – 339 AD) to the present day, the search for the physical remains of Noah’s Ark has held a fascination for Muslims, Christians and Jews. Noah’s Ark is the huge vessel described in the Hebrew Bible and the Qur’an, through which God saved Noah, together with the other seven members of his family, plus representatives of all the species of animals, from a cataclysmic flood with which he wished to exterminate all other life on Earth.

The Ararat anomaly is an object appearing on photographs of the snowfields near the summit of Mount Ararat, Turkey, and called by believers in Biblical literalism as the remains of Noah’s Ark. It was first filmed during a U.S. Air Force aerial reconnaissance mission in 1949 — the Ararat massif sits on the former Turkish/Soviet border, and was thus an area of military interest. IKONOS satellite, France’s SPOT satellite and NASA’s Space shuttle in 1994 have all pictured it and could not rule out it as a man-made structure such as the Noah’s ark. However, a team of scientists, archeologists and forensic experts are under operation to evacuate the object and explain its origins. 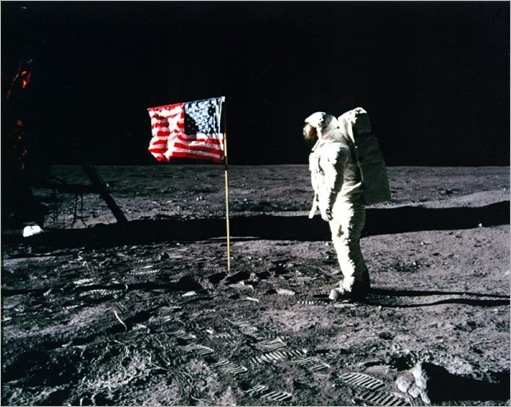 Different Moon landing conspiracy theories claim that Moon landings were falsifications staged by NASA. Since the conclusion of the Apollo program, a number of related accounts espousing a belief that the landings were faked in some fashion have been advanced by various groups and individuals. Some of the more notable of these various claims include allegations that the Apollo astronauts did not set foot on the Moon.

The Flat Earth Society was one of the first organizations to accuse NASA of faking the landings, arguing that they were staged by Hollywood. Some claim that the technology to send men to the Moon was insufficient or that the Van Allen radiation belts, solar flares, solar wind, coronal mass ejections and cosmic rays made such a trip impossible. Bart Sibrel has claimed that the crew of Apollo 11 and subsequent astronauts had faked their orbit around the Moon and their walk on its surface by trick photography and that they never got more than halfway to the Moon. Cold War prestige, monetary gain and providing a distraction are some of the more notable motives which are given.

4. The Bermuda Triangle and the Vile Forces 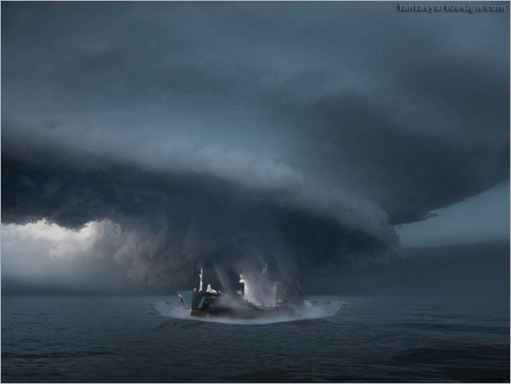 The 20th century saw dozens of ships and aircrafts fade into oblivion in Devil’s Triangle a.k.a. the Bermuda Triangle, a.k.a. the Hoodoo Sea. Most disappeared without a trace, without even a distress call or any sign of debris left over. Vincent Gaddis put the triangle on the map in his 1964 Argosy feature. Sizes of the areas described ranged from 500,000 to 1.5 million square miles. They say size does not matter after all: some inexplicable force within it causes ships and planes to vanish. The Vile Vortices (map) refers to a claim that there are twelve roughly evenly distributed geographic areas that are alleged to have the same mysterious qualities[ popularly associated with the Bermuda Triangle.

Man’s knowledge of magnetism is not as profound as it could be, making a conclusive analysis difficult. Others attribute this to extraterrestrial activity. Many blame it on human error. The absence of bodies might be explained by the fact that the waters are infested with sharks. Historically, man has explained odd incidents thanks to mythology, demons, monsters, or extraterrestrial invaders. When mankind is willing to set aside its preconceived notions, look at facts and draw up a conclusion, then answers will rise to the (water’s) surface. But, before you think conspiracy, the area is notorious for unpredictable weather, so extreme, in fact, that it could annihilate any mass in the area. 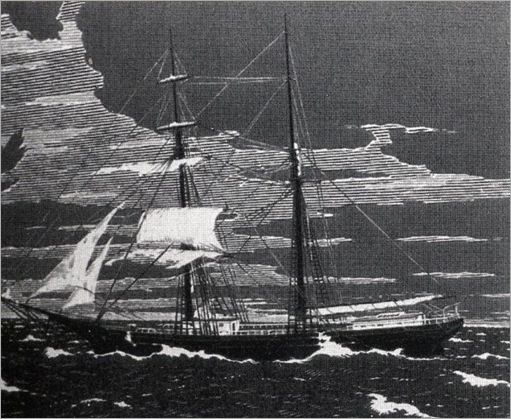 The Mary Celeste was a brigantine merchant ship notably discovered in December 1872 in the Atlantic Ocean unmanned and apparently abandoned, despite the fact that the weather was fine and her crew had been experienced and able seamen. She was in seaworthy condition and still under sail heading towards the Strait of Gibraltar. She had been at sea for a month and had over six months’ worth of food and water on board. Her cargo was virtually untouched and the personal belongings of passengers and crew were still in place, including valuables. The crew was never seen or heard from again. Their disappearance is often cited as the greatest maritime mystery of all time.

The fate of her crew has been the subject of much speculation. Theories range from alcoholic fumes, to underwater earthquakes, to waterspouts, to involving extraterrestrial life, sea monsters, and Bermuda Triangle. The Mary Celeste is often described as the archetypal ghost ship, since she was discovered derelict without any apparent explanation. 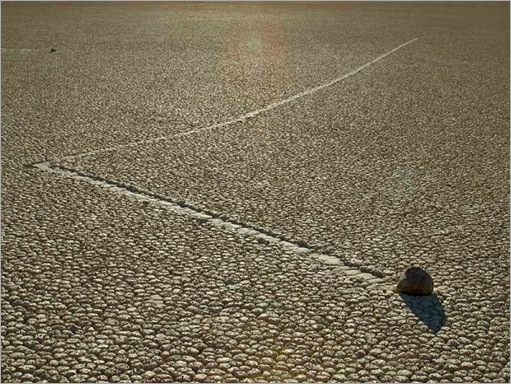 The sailing stones, also known as sliding rocks, are a geological phenomenon where rocks move in long tracks along a smooth valley floor without human or animal intervention. They have been recorded and studied in a number of places around Racetrack Playa, Death Valley, where the number and length of travel grooves are notable. The force behind their movement is not understood and is the subject of research.

Sliding rock trails fluctuate in direction and length. Some rocks which start next to each other start out traveling parallel, but one may abruptly change direction to the left, right, or even back the direction it came from. Length also varies because two similarly sized and shaped rocks could travel uniformly, then one could burst ahead or stop dead in its track. Speed is also an unknown variable. 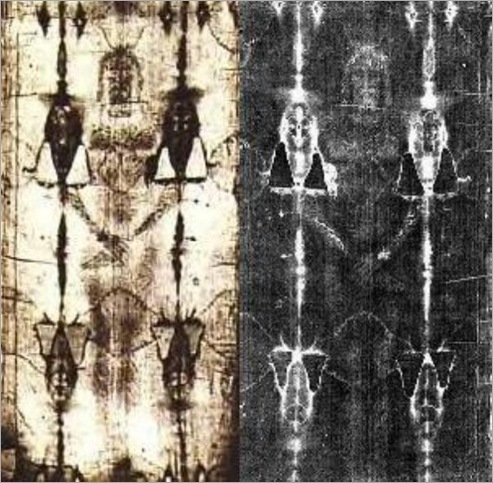 Turin Shroud is a linen cloth bearing the image of a man who appears to have suffered physical trauma in a manner consistent with crucifixion. It is kept in the royal chapel of the Cathedral of Saint John the Baptist in Turin, northern Italy. The origins of the shroud and its image are the subject of intense debate among scientists, theologians, historians and researchers. Some contend that the shroud is the cloth placed on the body of Jesus Christ at the time of his burial, and that the face image is the Holy Face of Jesus. Others contend that the artifact was created in the Middle Ages.

In 1988 a radiocarbon dating test was performed on small samples of the shroud, concluding that the sample they tested dated from the Middle Ages, between AD1260 and AD1390. Popular books have presented diverse arguments for both authenticity and possible methods of forgery. The shroud remains one of the most studied artifacts in human history, and one of the most controversial.

8. The Lost City of Atlantis 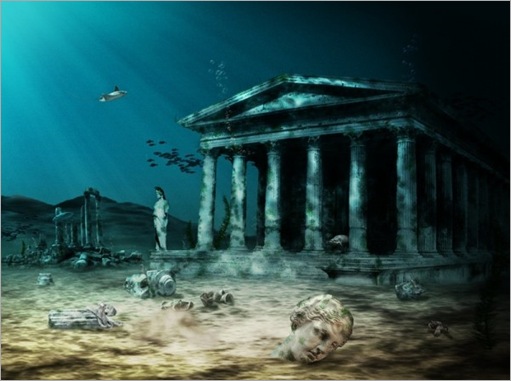 Plato was great at stirring up trouble and two of his dialogues – Timaeus and Critias — have served as the basis for the theory behind the Lost City of Atlantis. While many critics attribute this story to the creation of a philosopher’s imagination to illustrate an argument, there are proponents who claim that it was the other way around; that his dialogues were inspired by catastrophic events, leading to the destruction of the Minoan civilization on Crete and Thera.

So, did Plato have too much wine? Is Atlantis an exaggeration based on the ancient cities of Thera in the Mediterranean? Or could it be real? Is it possible for an advanced and rich civilization to have existed in the Atlantic Ocean circa 9,000 B.C.? By most accounts, the only written records of Atlantis are found in Timaeus and Critias. Another possible location for the Lost City of Atlantis is around the Azores Islands, a group of islands belonging to Portugal that are 900 miles west of the Portuguese coast. Some actually argue that these islands are the mountaintops of the sunken continent of Atlantis. Wherever the Lost City of Atlantis is located, it remains one of man’s ultimate unsolved mysteries.

The Marfa lights or the Marfa ghost lights are unexplained lights (known as “ghost lights”) usually seen near U.S. Route 67 on Mitchell Flat east of Marfa, Texas, in the United States. Sightings are reported occasionally and unpredictably, perhaps ten to twenty times a year.

The first published account of the lights was written in 1957, and this article is the sole source for anecdotal claims that the lights date back to the 1800s. Reports often describe brightly glowing basketball sized spheres floating above the ground, or sometimes high in the air. Colors are usually described as white, yellow, orange or red, but green and blue are sometimes reported. The balls are said to hover at about shoulder height, or to move laterally at low speeds, or sometimes to shoot around rapidly in any direction. They often appear in pairs or groups, according to reports, to divide into pairs or merge together, to disappear and reappear, and sometimes to move in seemingly regular patterns. Their sizes are typically said to resemble soccer balls or basketballs. 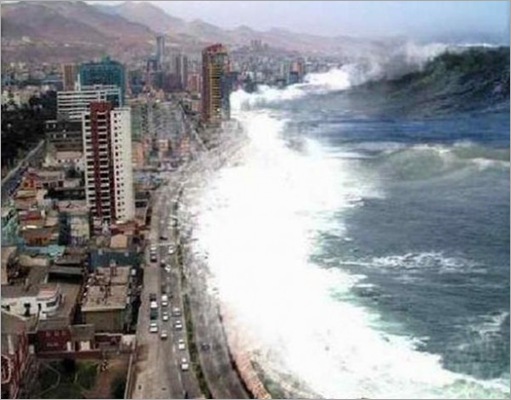 The earthquake that devastated the Indian Ocean on December 26, triggering mammoth waves called tsunami, “was possibly” caused by an Indian nuclear experiment. India, in its heated nuclear race with Pakistan, had lately received sophisticated nuclear know-how from Israel, which showed readiness to cooperate with India in experiments to exterminate humankind

During his press conference at the Jakarta summit, United Nations Emergency Relief Coordinator Jan Egeland took time to address that the recent Asian Tsunami had been triggered by an Indian nuclear experiment.The paper claims, according to these reports, that India has been experimenting with this technology – and other nuclear devices – in the region of the Indian Ocean known as ‘the Fire Belt,’ which housed the epicenter of the earthquake. however, geologists labeled that region “The Fire Belt” for being “a dangerous terrain that can move at anytime, without human intervention”.