You’ve heard jokes like these all your life: What do you get if you cross an octopus with a cow? An animal that can milk itself. I didn’t find such an animal, but the world has plenty of strange species that at first glance appear to be hybrids of unrelated species because they have attributes that surprise us. However, we are only surprised because our personal experiences don’t encompass all that nature offers. 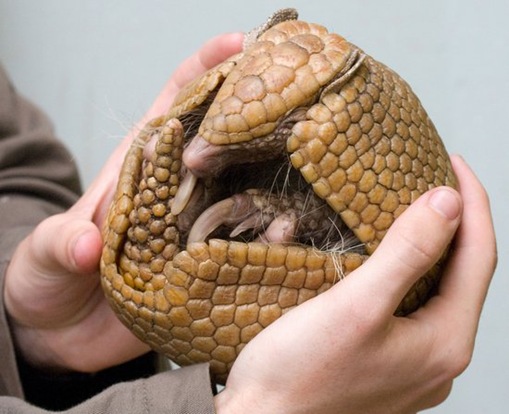 Rudyard Kipling wrote the story The Beginning of the Armadillos, in which the animal came from a tortoise and a hedgehog. They didn’t join to give birth to armadillos; instead, they taught each other their talents. The hedgehog helped the tortoise learn to curl into a ball, and the tortoise taught the hedgehog to swim, which toughened up his spines into armor. Before they knew it, both had turned into armadillos. 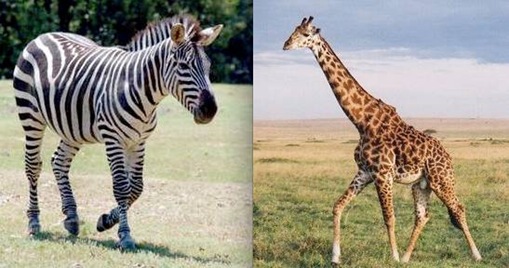 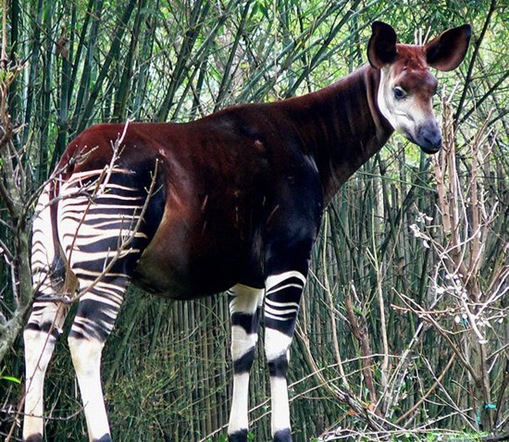 The okapi (Okapia johnstoni) appears to be a short giraffe with a zebra’s legs tacked as an afterthought. The animal, which lives only in the Democratic Republic of the Congo (and in zoos), is actually related to the giraffe but was “shorted” in the neck department. To make up for that oversight, the okapi has a tongue long enough to lick its own ears! The zebra stripes are thought to be used as camouflage, and to make it easy for okapi young to follow their mothers through the rain forest.

The pangolin is also known as the spiny anteater. They are mammals, but have keratin scales over their bodies. They roll up into a ball in defense like an armadillo or a hedgehog. Recent genetic studies show that pangolins are related to neither anteaters (despite the fact that they eat ants) nor armadillos. But the weirdness doesn’t stop there: pangolins can spray a nasty musk just like a skunk. And they don’t have any teeth! 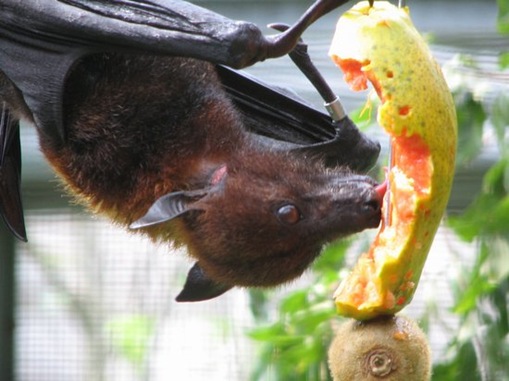 Fruit bats encompass several species and are also called megabats or flying foxes. What sets fruit bats apart from your garden variety insect-eating belfry-hangers is the fact that most fruit bats do not use echolocation to get around. They need their eyes big and their noses long to sense where they are going, so their faces look like more familiar land mammals -particularly dogs. No doubt that’s where the term flying fox came from. If you couldn’t see a fruit bat’s wings, you might have a hard time guessing the species. 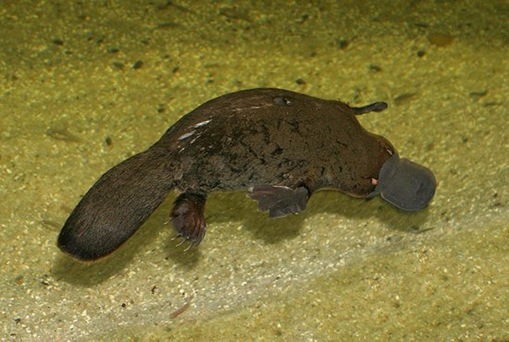 The platypus (Ornithorhynchus anatinus) of Australia looks like a taxidermy experiment in which a mammal has been accessorized with a beaver’s tail, a duck’s bill, the venom of a snake, and the feet of an otter. This animal is not related to any of the others, however. The platypus is a monotreme. It shares that order with only four other species which are all echidnas. It is truly unique in the animal kingdom, and the most likely of any in this list to be an example of God’s sense of humor. 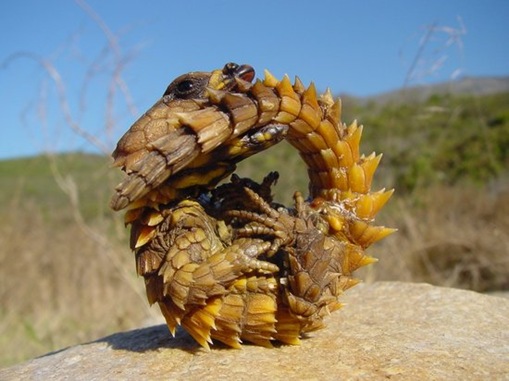 This lizard might be what people saw when they came up with the legend of the hoop snake (featured in a previous post). You don’t find too many lizards that protect themselves by rolling into a ball, but the Armadillo Girdled Lizard (Cordylus cataphractus) does just that. This lizard grabs its tail with its mouth and forms a ring with its spines pointing out. Any predator will have a hard time figuring this thing out, much less eating it! The name is just a descriptor; this lizard has no relation to an armadillo, which is a mammal.