Home / Places / 10 Most Unusual Stadiums in the World

10 Most Unusual Stadiums in the World

A beautiful stadium is a must-have for every self-respecting sports team. Sometimes, a simple stadium can become something more than the sum of its parts, it becomes a real landmark. Here you’ll find some of the coolest stadiums in the world. And don’t forget to post a comment with your favorite! And do add if I missed any. 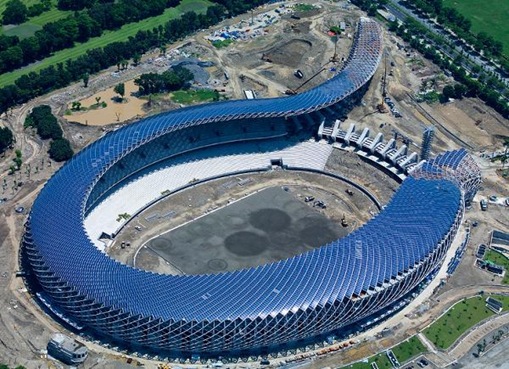 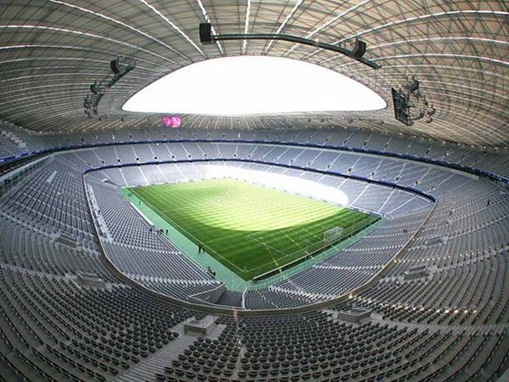 The Allianz Arena is located in the north of Munich, Germany, and it is home to the Bayern Munich and to TSV 1860 München. With a capacity of 69,901 spectators, this is the first stadium in the world that has a full changing color outside. It is lit up in red when Bayern Munich play, in blue when 1860 Munich play and in white when in use by the German National Team. (thanks, Tim 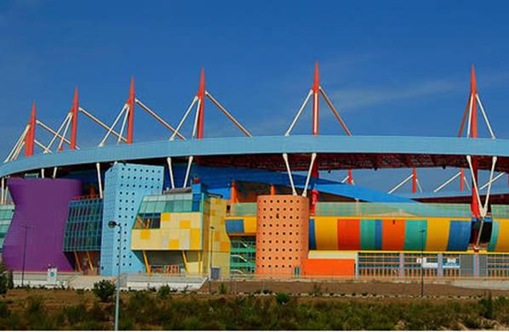 Estádio Municipal de Aveiro is a football stadium in Aveiro, Portugal. It was designed for the UEFA Euro 2004 by the Portuguese architect Tomás Taveira. It has an ambitious design that combines a simple and endearing shape with a liveliness of colours of every kind throughout the entire stadium. The seats have different colours and are distributed in a random way. Red, green, yellow, blue, white, and black seats offer an original and chromatic animation and a strong feeling of dynamism and cheerfulness – even when the stadium is empty it looks as if the party has already started 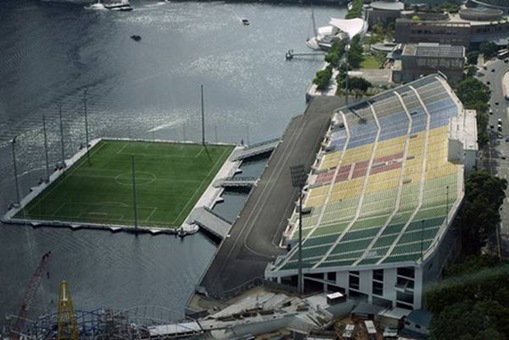 The Float at Marina Bay, also known as Marina Bay Floating Platform, it’s the world’s largest floating stage. It is located on the waters of the Marina Reservoir, in Marina Bay, Singapore. Made entirely of steel, the floating platform on Marina Bay measures 120 metres long and 83 metres wide, which is 5% larger than the soccer field at the National Stadium. The platform can bear up to 1,070 tonnes, equivalent to the total weight of 9,000 people, 200 tonnes of stage props and three 30-tonne military vehicles. The gallery at the stadium has a seating capacity of 30,000 people. 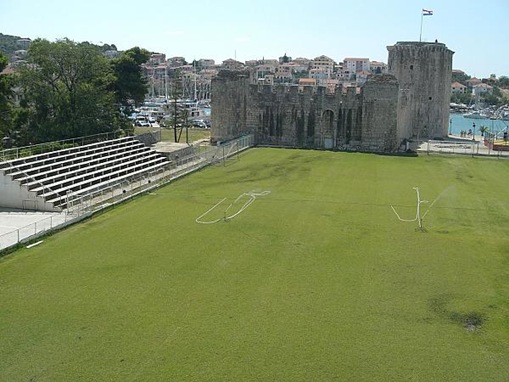 Between the fifteenth century fortifications of Trogir, Croatia, there is a tiny stadium from Croatian club HNK Trogir, with a capacity of 1,000 people. It looks like a nice stadium but perhaps there are more viewers watching matches from the restaurant on the roof of the castle located at the side of the field, than from the stands. 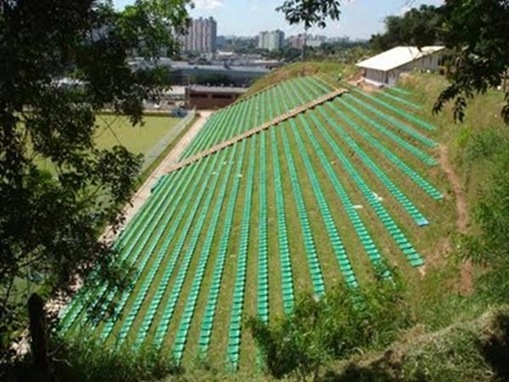 Eco-Stadium Janguito Malucelli, located in Curitiba, is the first eco-stadium in Brazil. It can hold 6,000 people on grass-covered seats. Designers used recycled wood for the construction. 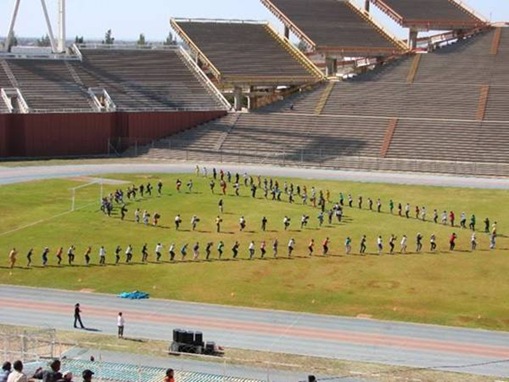 South Africa Mmabatho Stadium is a multi-purpose stadium in Mafikeng city and it is currently used mostly for football matches. The stadium holds 59,000 people and was designed and built in 1981 by a Russian construction company. 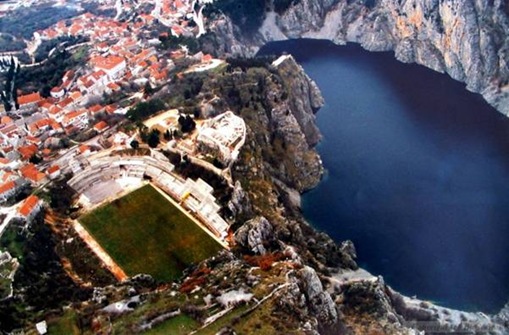 Gospin Dolac, built in 1989, it’s a stadium in Imotski, Croatia, and serves as home stadium for NK Imotski football club. With a capacity of 4,000 spectators, this stadium is located next to a 500m deep fall into a lake. 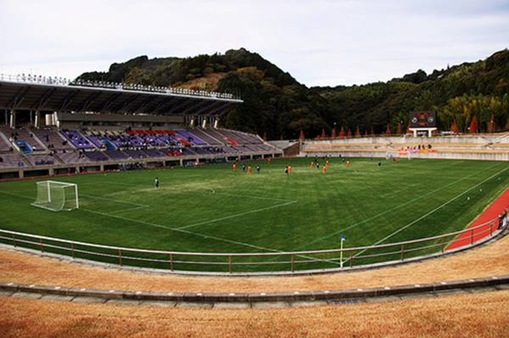 The Fujieda City Stadium accommodates 13,000 spectators, for either watching soccer games or having a picnic. Instead of using concrete steps designers created two terraces with grass, where you can sit back and watch the match. 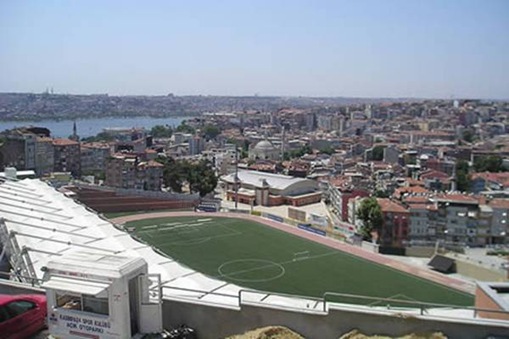 Recep Tayyip Erdoğan Stadium is a multi-use stadium in the Kasımpaşa neighborhood of Istanbul, Turkey. It is currently used mostly for football matches and is the home stadium of Kasımpaşa S.K.. Although the stadium capacity was extended to 13,500 spectators, the stands cover only half of the field, leaving the other half totally exposed to the neighborhood.