The oil gushing from the well where the Deepwater Horizon oil rig exploded and sank is now spreading through the Gulf of Mexico. Oil spills can kill wildlife, pollute the air and water, and alter the ecosystem for years to come. Many of us think of the Exxon Valdez oil spill as a particularly bad one, but with about 42,800 tons of oil spilled, it doesn’t rank as one of the 10 worst ever.

So here I have compiled a list of some of the biggest oil spills in history. I hope you will find it informative. 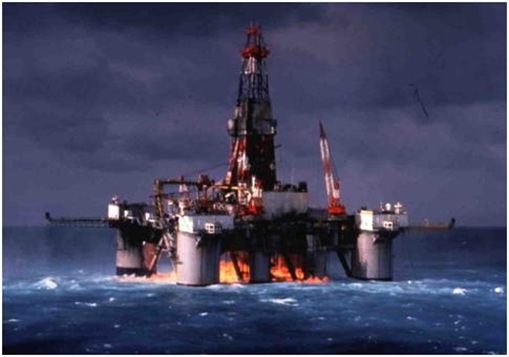 In November 1988, the American-owned oil tanker Odyssey split in two 700 miles off the coast of Nova Scotia. The tanker spewed about 132,000 tons of crude oil into the sea and caught fire as it sank, setting the spill aflame. 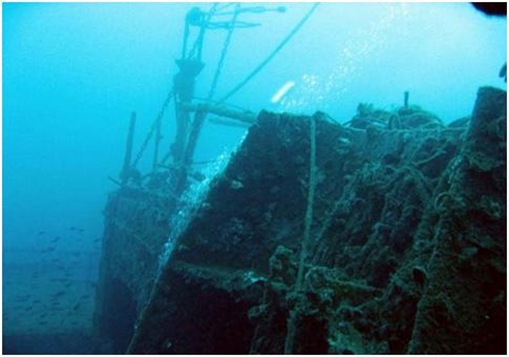 A violent explosion aboard the Cyprus-based tanker the Haven killed six members of the crew and spilled 145,000 tons of oil off the coast of Italy in April 1991. About 70 percent of the oil burned in the ensuing fire. Oil from the Haven was later found in ocean beds at depths of up to 1,640 feet. 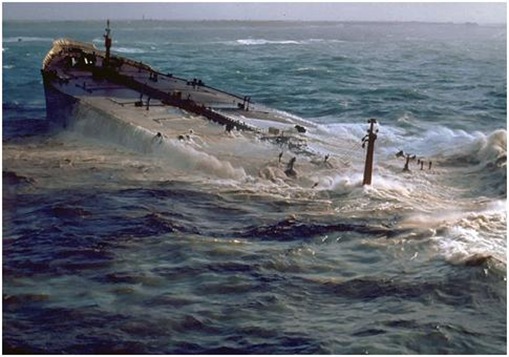 Stormy weather drove the Amoco Cadiz Very Large Crude Carrier aground on the Portsall Rocks, a 90-foot deep outcrop off the coast of Brittany, France, in 1978. The ship split in two and quickly sank before its 1,604,500 barrels of oil load could be pumped from the wreck. 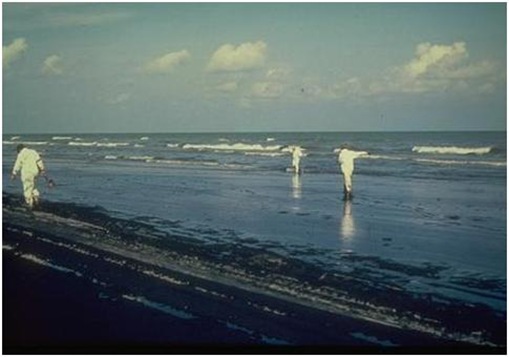 In August 1983, a fire aboard the Castillo de Bellver led to an explosion that caused the tanker to break in two. Oil spilled into the sea 24 miles off the coast of Cape Town, marking the largest spill to date in South Africa. Luckily, the oil caused minimal environmental damage as the direction of the wind moved the oil slick offshore, where it dissipated naturally. 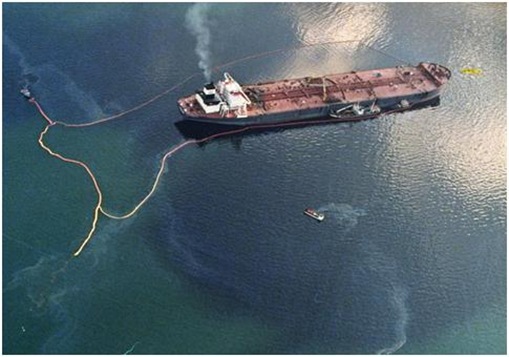 ABT Summer tanker, traveling from Iran to Rotterdam, leaked oil and caught on fire about 700 miles off the Angolan coast in 1991. The disaster killed five of the 32 crew members on board. 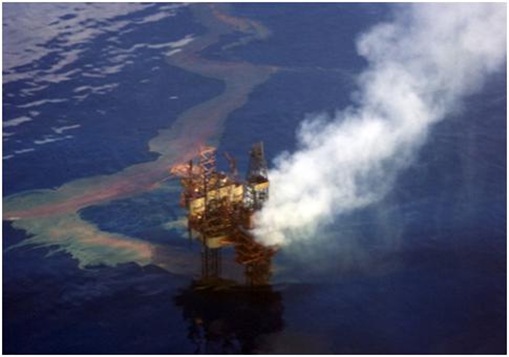 During the first Gulf War, a tanker collided with a platform on Feb. 10, 1983, spilling approximately 1,500 barrels each day, until the platform was attacked by Iraqi planes in March and the slick caught fire. The Nowruz oil field was not immediately capped, because the field was located in the middle of the Iran/Iraq war zone. 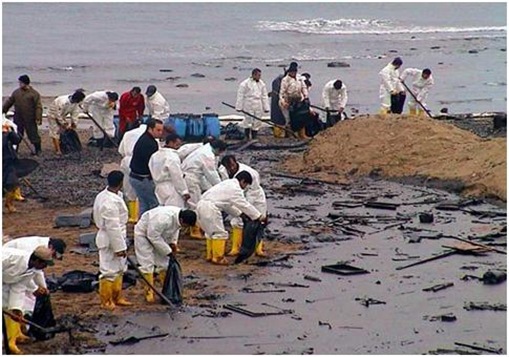 The Fergana Valley, one of Central Asia’s most densely populated agricultural and industrial areas, was the site of the largest inland oil spills in history in 1992. 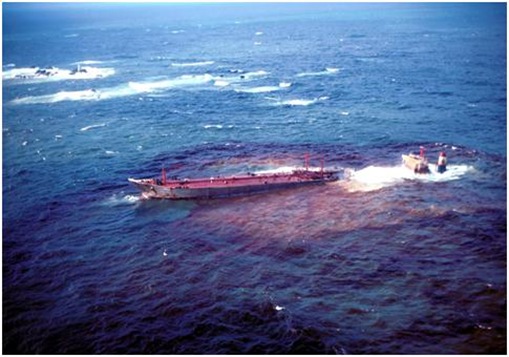 In July 1979, a Greek oil tanker called the Atlantic Empress collided with another ship, the Aegean Captain, during a tropical storm off of the island of Tobago in the Caribbean Sea. The Atlantic Empress disaster killed 26 crew members and is the largest ship-based oil spill. 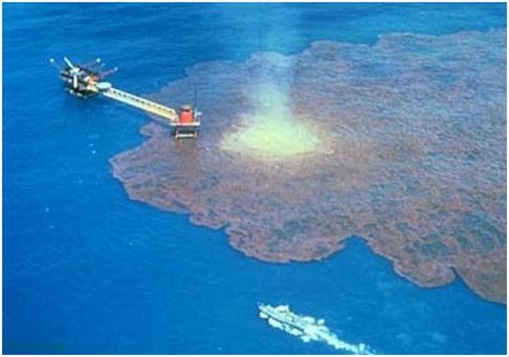 The Ixtoc I oil well exploded in the Gulf of Mexico in June 1979. The oil drilling platform then caught fire and collapsed, rupturing valves and making it difficult for rescue personnel to control the damage. The spill continued until March 1980. 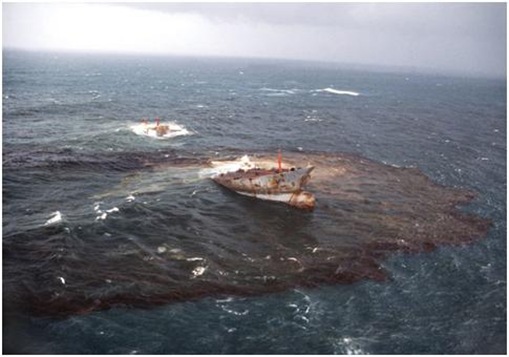 The worst oil spill in history, the Gulf War oil spill spewed an estimated 8 million barrels of oil into the Persian Gulf after Iraqi forces opened valves of oil wells and pipelines as they retreated from Kuwait in 1991. The oil slick reached a maximum size of 101 miles by 42 miles and was five inches thick.