The world is full of Bizarre Sea Animals . From vertebrates to invertebrates, there are many creatures on the sea that are unlike any other. Here we are presenting 13 creatures, in no particular order, that definitely stand out as extraordinary. 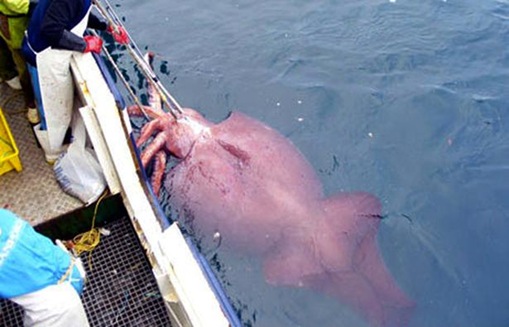 On average, the Colossal squid is only about 3 feet longer than the Giant, but it’s much heavier, and it has light-emitting organs that marine biologists suspect may act as a cloaking device. That’s like a Klingon Bird of Prey that doubles as a Calamari buffet. 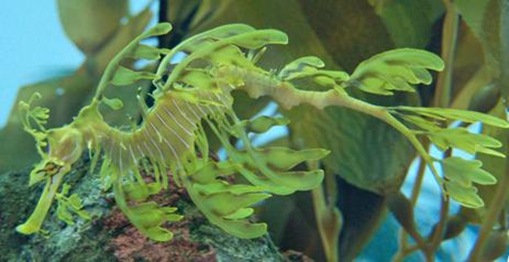 The Leafy Sea Dragon is a type of seahorse that has evolved leaf-like fins that act as camouflage to give the fish the appearance of a clump of floating seaweed. If I had a salt-water aquarium, it would be filled with these things. 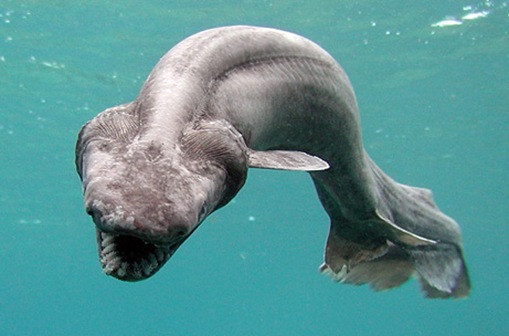 The Frilled Shark is one of only 5 species within the order Hexanchiformes; the order of the most primitive types of sharks, most closely resembling fossil specimens from the Jurassic period. The Frilled Shark was thought to be extinct long ago, until the remains of one washed ashore in Japan in the19th Century. Most recently a living specimen was caught in shallow water on January 21, 2007. 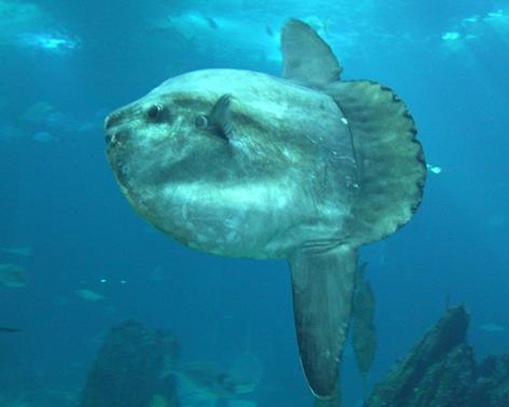 As a kid I spent countless summer days catching all sorts of sunnies, bluegill, and other panfish at the lake. But since a fish’s size is directly proportional to it’s container, and its ecological niche within that container, these fish have their gigantic ocean counterparts as well. Weighing 2,200 lbs, the Ocean Sunfish or Mola Mola is the heaviest bony-fish in the world. 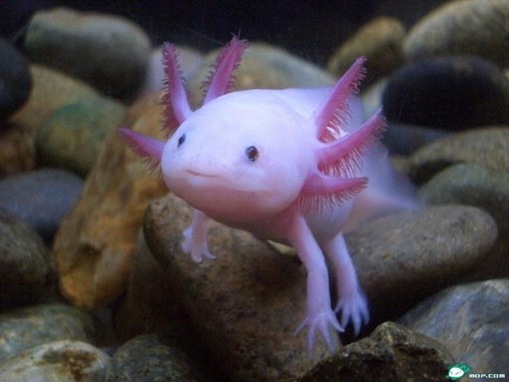 Axolotl, or the Mexican neotenic mole salamander is quite unique. While other amphibians are born with gills as larvae and breathe air as adults, Axolotl retains its larval attributes, including its gills through maturity. Also, it looks like a Mudkip. 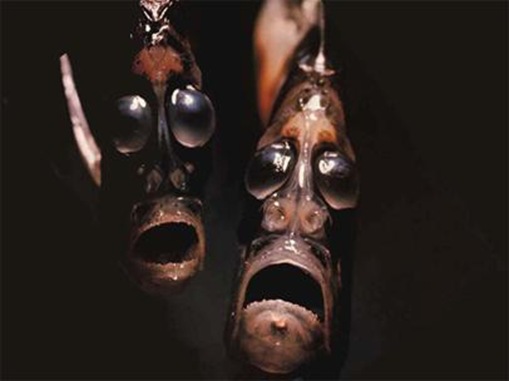 The Hatchetfish is named for its thin, silvery, hatchet-like appearance, but is on this list for the fact that its eyes are permanently fixed overhead in what looks like an adaptation to the ever-present horror of predators lurking overhead. 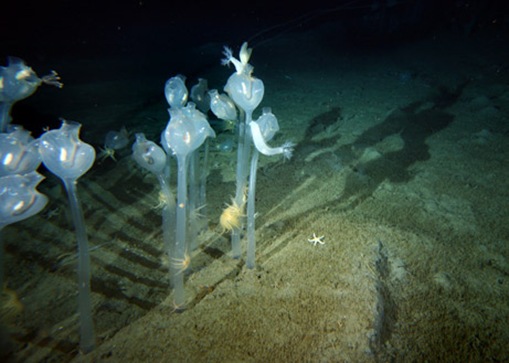 Deep Sea Tunicates are one of many strange prehistoric marine animals being discovered as the Antarctic ice is disrupted. These meter-long worms are thought to be some of the first lifeforms to colonize the Antarctic ocean floor. 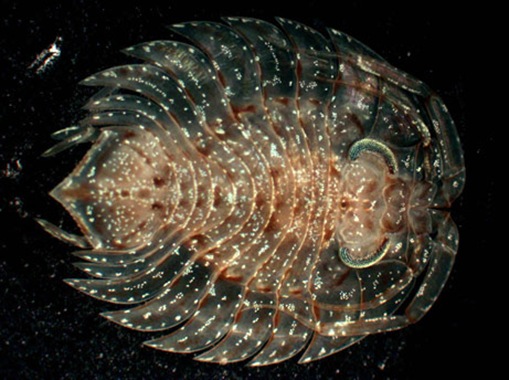 Another species recently discovered in the Antarctic is the Trilobitoide. These creatures closely resemble the extinct Trilobites that died out during the mass extinction at the end of the Permean age 250 million years ago. 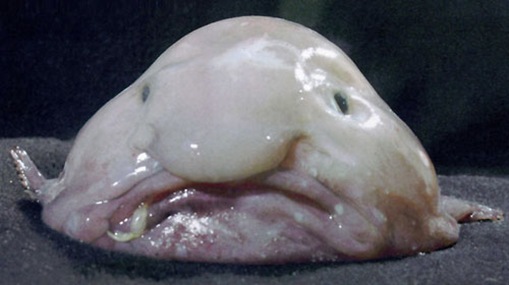 The Blobfish, nicknamed the Ziggy fish, lives so deep in the ocean that rather than expending energy on swimming in the immense pressure, its body is made of a gelatinous mass slightly less dense than water, allowing it to simply float slightly above the floor. The fish eats whatever food happens to be in front of it at the moment, proving that a creature with an utter lack of ambition still has a niche somewhere. 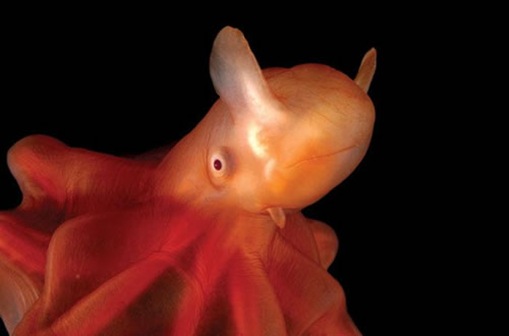 The Dumbo Octopus has fins on the sides of it’s head that resemble the ears of Disney’s Dumbo the Elephant. And yes, it can use them to get around. 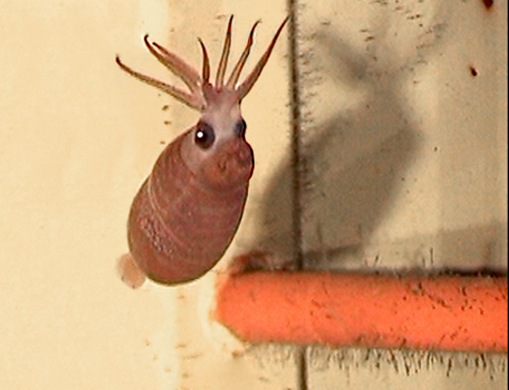 This cute little guy swims upside-down, making its tentacles appear to be growing out its head, and making its head look like a chubby, limbless body. Native to the waters of Indonesia, the Psychedelci Frogfish has forward-facing eyes, a face with fleshy cheeks and chin that can flatten or elongate, pectoral fins adapted for walking along the sea floor, and a jet-propulsion system for swimming forward. It’s a fish, a frog, a zebra, and jet in one. Frogfish pwns platypus any day.