Home / Animals / 10 Most Poisonous Animals in the World

10 Most Poisonous Animals in the World

Here are ten of the most poisonous animals in the world! From the Box Jellyfish to the Puffer Fish! Look really closely at each photo, cause next time you meet them can be the last thing you ever see! 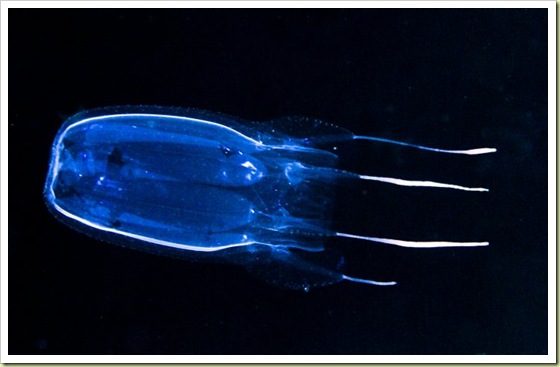 The top prize for “The World Most Venomous Animal,” would go to the Box Jellyfish. It has caused at least 5,567 recorded deaths since 1954. Their venom is among the most deadly in the world. It’s toxins attack the heart, nervous system, and skin cells. And the worst part of it is that jelly box venom is so overpoweringly painful, that human victims go in shock, drown or die of heart failure before even reaching shore. Survivors experience pain weeks after the contact with box jellies.

You have virtually no chance to survive the venomous sting, unless treated immediately. After a sting, vinegar should be applied for a minimum of 30 seconds. Vinegar has acetic acid, which disables the box jelly’s nematocysts that have not yet discharged into the bloodstream (though it will not alleviate the pain). Wearing panty hose while swimming is also a good prevention measure since it can prevent jellies from being able to harm your legs. 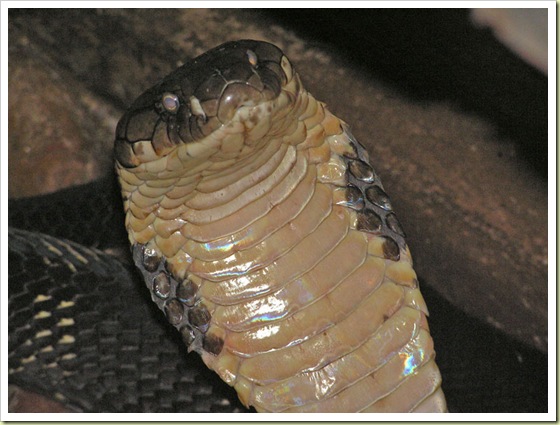 The King Cobra (Ophiophagus hannah) is the world’s longest venomous snake – growing up to 5.6 m (18.5 ft) in length. Ophiophagus, literally means “snake-eater” as it eats other snakes. One single bite of this deadly snake can easily kill a human. This snake is even capable of killing a full-grown Asian Elephant within 3 hours if the larger animal is bitten in a vulnerable area such as the trunk.

It’s venom is not as toxic as other venomous snakes, but King Cobra is capable of injecting 5 times more venom than black mamba and can result in mortality up to 5 times faster than that of the black mamba. It is quite widespread, ranging across South and South-east Asia, living in dense highland forests. 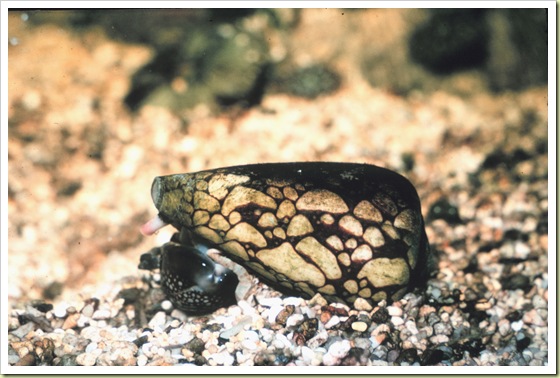 This little beautiful looking Marbled Cone snail can be as deadly as any other animal on this list. One drop of its venom is so powerful that it can kill more than 20 humans. If you ever happen to be in warm salt water environment (where these snails are often found) and see it, don’t even think of picking it up. Of course, the true purpose of its venom is to catch its prey.

Symptoms of a cone snail sting can start immediately or can be delayed in onset for days. It results in intense pain, swelling, numbness and tingling. Severe cases involve muscle paralysis, vision changes and breathing failure. There is no antivenom. However, only about 30 human deaths have been recorded from cone snail envenomation. 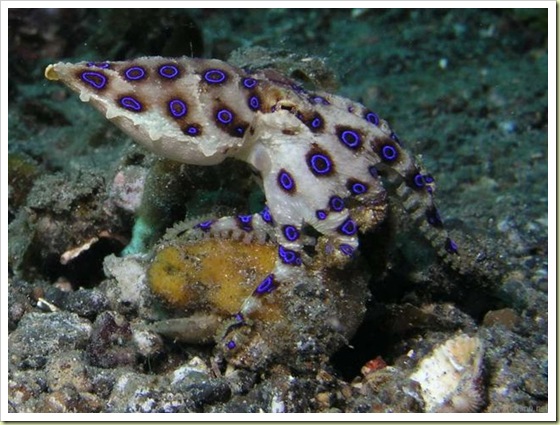 The Blue-Ringed Octopus is very small, only the size of a golf ball, but its venom is so powerful that can kill a human. Actually it carries enough poison to kill 26 adult humans within minutes, and there is no antidote. They are currently recognized as one of the world’s most venomous animals.

Its painless bite may seem harmless, but the deadly neurotoxins begin working immediately resulting in muscular weakness, numbness, followed by a cessation and breathing and ultimately death. 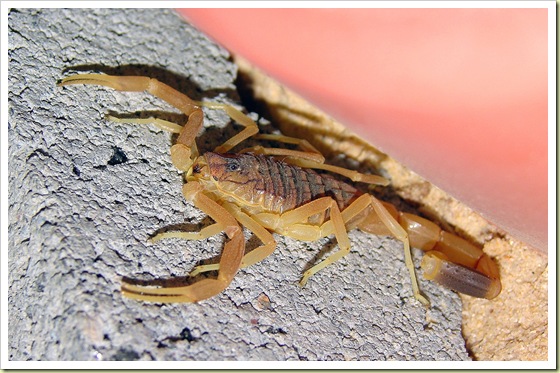 Contrarily to the popular belief most of the scorpions are relatively harmless to humans as stings produce only local effects (pain, numbness or swelling). However, the Death Starker Scorpion is highly dangerous species because its venom is a powerful cocktail of neurotoxins which causes an intense and unbearable pain, then fever, followed by coma, convulsions, paralysis and death. Fortunately, while a sting from this scorpion is extremely painful, it would be unlikely to kill a healthy, adult human. Young children, the old, or infirm (with a heart condition) are at the biggest risk. 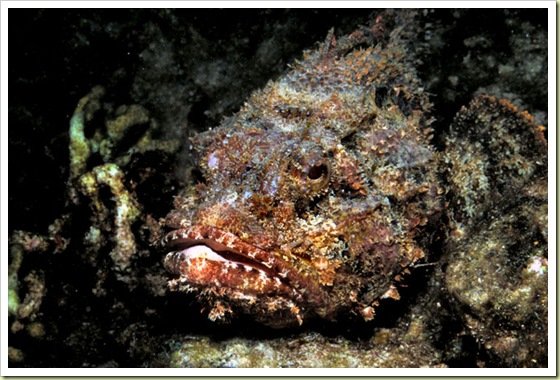 Maybe Stonefish would never win a beauty contest, but it would definitely win the top prize for being “The World Most Venomous Fish”. Its venom causes such a severe pain that the victims of its sting want the affected limb to be amputated. It is described as the worst pain known to man. It is accompanied with possible shock, paralysis, and tissue death. If not given medical attention within a couple of hours It can be fatal to humans.

Stonefish mostly live above the tropic of Capricorn, often found in the shallow tropical marine waters of the Pacific and Indian oceans, ranging from the Red Sea to the Queensland Great Barrier Reef. 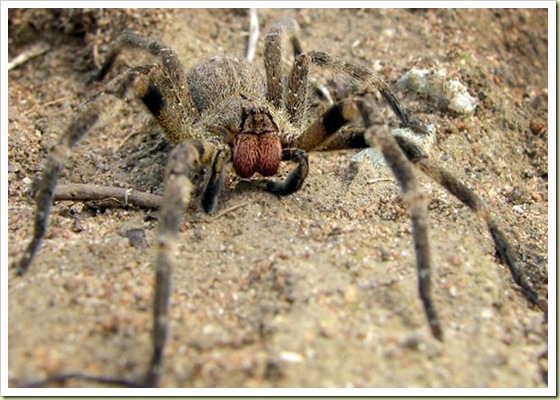 The Brazilian Wandering Spider (Phoneutria) or banana spider appears in the Guinness Book of World Records 2007 for the most venomous spider and is the spider responsible for most human deaths.

This spider is believed to have the most potent neurotoxic venom of any living spider. Only 0.006mg (0.00000021oz) is sufficient to kill a mouse. They are also so dangerous because of their wandering nature. They often hide during daytime in highly populated areas inside houses, clothes, boots, and cars.

Its venomous bite causes not only intense pain, the venom of the spider can also cause priapism – uncomfortable erections lasting for many hours that lead to impotence. 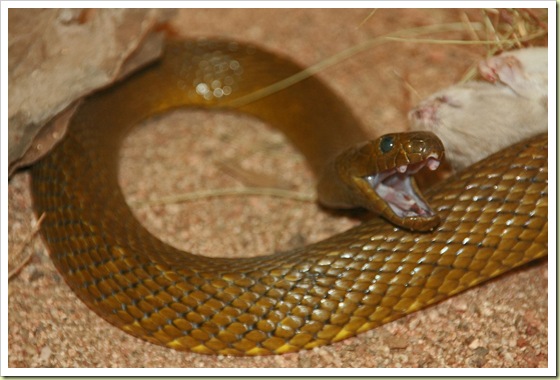 The prize for “The World’s Most Venomous Snake” goes to the Inland Taipan of Australia. Just a single bite from this snake contains enough venom to kill 100 human adults or an army of 250,000 mice. Its venom is at least 200 – 400 times more toxic than a common cobra. The Inland Taiwan’s extremely neurotoxic venom can kill an adult human in as little as 45 minutes. Fortunately this snake is very shy and there have been no documented human fatalities (all known bites were treated with antivenin). 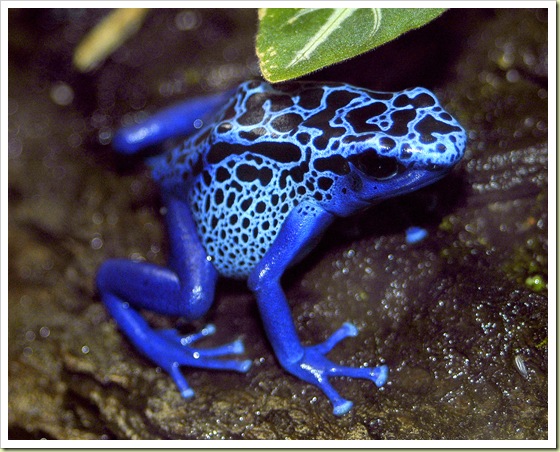 If you ever happen to be running through the rain forests somewhere in Central or South America, do not ever pick up beautiful and colorful frogs – it can be the Poison Dart Frog. This frog is probably the most poisonous animal on earth.The 2 inch long (5cm) golden poison dart frog has enough venom to kill 10 adult humans or 20,000 mice. Only 2 micrograms of this lethal toxin (the amount that fits on the head of a pin) is capable of killing a human or other large mammal. They are called “dart frogs” because indigenous Amerindians’ use of their toxic secretions to poison the tips of their blow-darts. Poison dart frogs keep their poison in their skins and will sicken or kill anybody who touches or eats it. 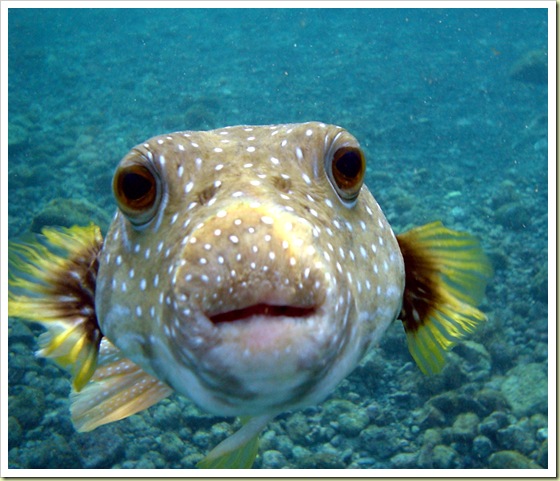 Puffer Fish are the second most poisonous vertebrate on earth (the first one is golden dart Frog). The meat of some species is a delicacy in both Japan (as fugu) and Korea (as bok-uh) but the problem is that the skin and certain organs of many puffer fish are very poisonous to humans.

This puffy fish produce rapid and violent death..Puffer’s poisoning causes deadening of the tongue and lips, dizziness, vomiting, rapid heart rate, difficulty breathing, and muscle paralysis. Victims die from suffocation as diaphragm muscles are paralyzed. Most of the victims die after four to 24 hours. There is no known antidote, Most deaths from fugu happen when untrained people catch and prepare the fish.