10 Haunted Places in the World

Everyone seems to know of at least one haunted house; as kids there was almost certainly one in our own neighbourhood. This list contains the most famous and most haunted places in the world. If you have had any experiences of a similar nature, feel free to tell us about it in the comments. I should add, before starting, that I am a skeptic; I have written this list for entertainment value. 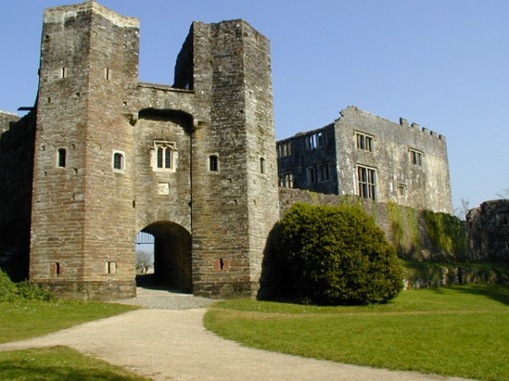 There are a number of legends associated with this 14th-century castle, and it has a reputation of being haunted. It has 2 famous female ghosts; the White Lady and the Blue Lady. According to legend the White Lady is the spirit of Margaret Pomeroy, who starved to death while imprisoned in the dungeons by her jealous sister. Apparently she haunts the dark dungeons, and rises from St Margaret’s Tower to the castle walls. The Blue Lady is not confined to specific areas and is supposed to lure people into parts of the ruin. Apparently it’s a very bad idea to follow her! 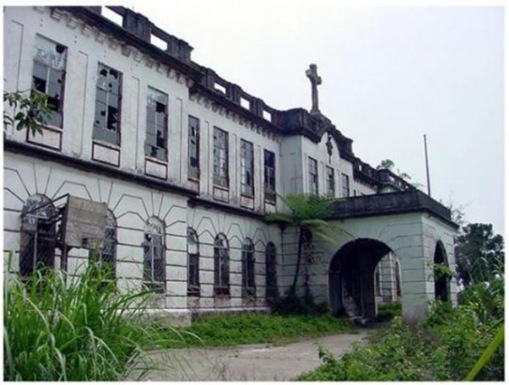 According to some people the ghosts of people who were killed during the war haunt this place. Some say the patients who died here despite having the hope to be alive turned into ghosts. Hearing the banging of doors, windows, clattering of dishes and screaming voices during night are reported by people. 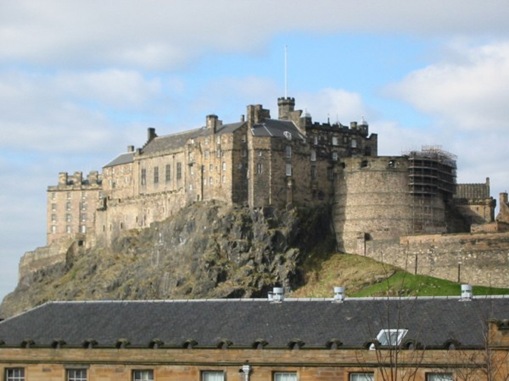 This magnificent castle is typically medieval, perched atop a rocky crag, giving it an amazing vista of Scottish hills. But inside the empty halls and narrow streets of Edinburgh, there are the echoes of the dead. At least, that’s what has been reported. Hot spots for specters include the castle’s prison cells, the South Bridge vaults and Mary’s King Close, a disused street used to quarantine and eventually entomb victims of the plague. There are also reports of ghost dogs, a headless drummer, and the bodies of prisoners taken during the French seven-year war and the American War of Independence. 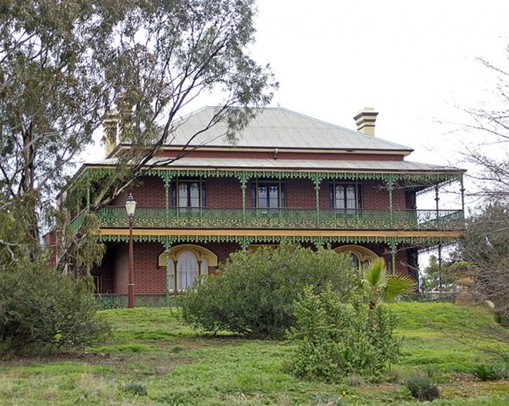 Monte Cristo, Australia’s most haunted mansion is located in Junee, New South Wales. Mrs Crawley, the owner of the house never came out of her home after the death of her husband in 23 years of her remaining life except for two times. After her death her ghost haunts the place particularly her former room. Bodiless ghost, phantom face in the window, floating apparition, strange and ghostly voices, automatic turning on and off lights are some haunting experiences of the people. Some people reported that when they entered the boy’s bed room they were breathless and turned purple and almost died, they became normal after coming out from the room. 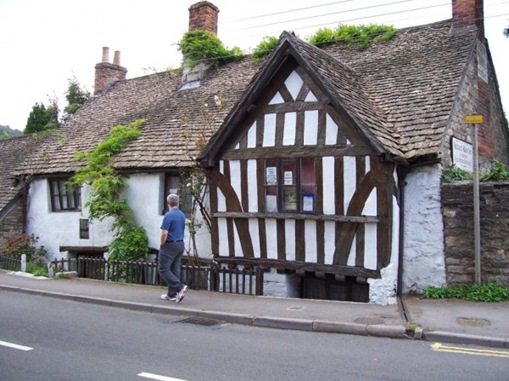 Whether you believe in ghosts or not, a trip to the Ancient Ram Inn is an unsettling experience. Its creaky floorboards, cold bare walls, musty smells and dimly lit nooks and crannies epitomise everything a haunted house should be. And the stories attached to this creepy building are not for the fainthearted: Murder, satanism and child sacrifice are just a few of the dark deeds said to have occurred here, oh and did we mention apparently it’s built on a pagan burial ground? 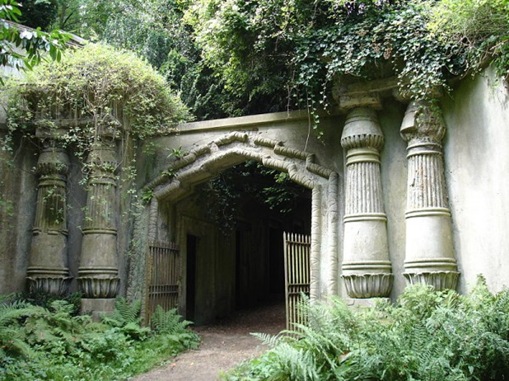 By night, Highgate Cemetery is like something out of a horror movie. Eerie crooked gravestones, headless angles covered in ivy, dark overgrown passages between the tombs, it’s no wonder this is Britain’s number-one ghost spot. Despite it’s chilling atmosphere, by day Highgate Cemetery showcases some of the Britain’s most spectacular Gothic architecture, offers fascinating guided tours. It’s also the burial place of Karl Marx. 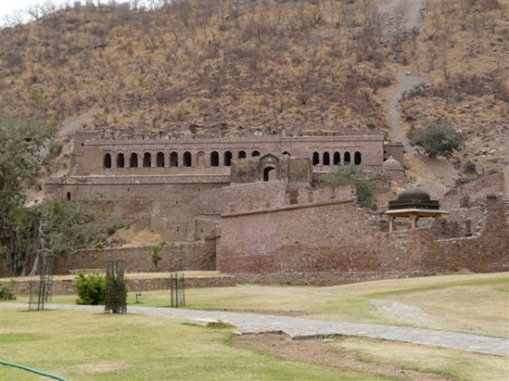 Bhangarh Fort is on way from Jaipur to Alwar in Rajasthan, India. According to a legend, Singhia, a black magic tantrik cursed the palace that everybody would die in the palace and their souls will stay there for centuries without rebirth. Another interesting point is, all the houses in this area are without roofs because whenever a house is built with roof, the roof collapses. This is the called most haunting place in India. People who visit this place experience anxiety and restlessness. It is said that nobody returns from this place that stays there after dark. Government prohibited this area from staying after sunset. You will find a board installed by Archaeological Survey of India displaying “Staying after sunset is strictly prohibited in this area”.

The haunting of the Screaming Tunnel is one of Niagara Falls’ most enduring legends. Located off Warner Road, the tunnel runs under the railway tracks that link Niagara Falls to Toronto and New York City. According to local legend, over a century ago, a farm house located just past the south entrance to the tunnel caught fire one night. A young girl, her clothes engulfed in flames, fled screaming from the house. She ran through the tunnel in an attempt to extinguish her garments but collapsed and died on the tunnel floor. A variation of this story has the girl set ablaze in the tunnel by her enraged father when he learned his wife had won custody of their children during an nasty divorce battle. Another version tells of a young girl who was raped inside the tunnel and her body burned to cover the evidence. All these stories allege that if you stand in the middle of the dark tunnel at midnight and light a match, the flame will go out and a girl’s screams will be heard. 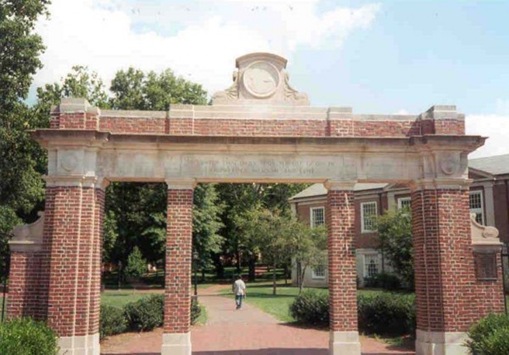 Ohio University is known in state folklore as the most haunted college campus. A large number of places on campus are said to be haunted, and numerous other popular tales are told about the university across Athens county. The British Society for Psychical Research claims that Athens, Ohio, is one of the most haunted places in the world. Wilson Hall, famous for a girl (a supposed witch)who killed herself moments after writing satanic and supernatural things on the wall in her own blood. The five cemetaries that form a pentagram that surrounds the campus, with the administrative building being in the center of the devil’s sign. Washington Hall, which is famous for housing a team of basketball players who all died in a terrible crashm their ghosts still haunt the hall, and you can sometimes hear them dribbling. The catacombs of Jefferson Hall, where numerous ghost sightings have occurred. And finally, for The Ridges, an abandoned insane asylum that was known for thousands of labotamies and electro shock treatments. Also, a patient who disappeared, and was found five weeks later, her body decomposed onto the floor and left a stain that outlines her body. This stain can still be seen today. 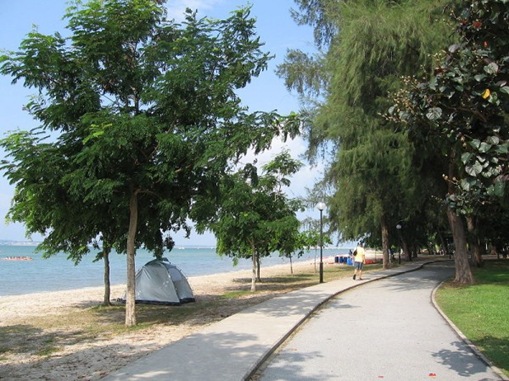 Changi Beach served as a popular killing ground for the Japanese during the Sook Ching massacre of The Second World War. Thousands of Chinese were tortured and killed during this Operation as they were suspected of being anti-Japanese. Strange crying and screaming are reported by people. The heads of the Chinese dead bodies are sometimes seen flying everywhere and headless bodies walk around the beach. The scariest thing is that the ghosts leave blood stains. During nights people observe dug holes that appear as if they were used for burying bodies.