Cheater, cheater, belly eater! There have been plenty of people who've scammed their way to the top, and the same goes for the animal kingdom. Find out which creatures are bending the rules to stay ahead, or sometimes, just to survive. From using deceptive appearances to get what they want to taking advantage of circumstances beyond their control, our top 10 might make you believe that cheaters sometimes actually do win.
1 ) Cuckoo Bird 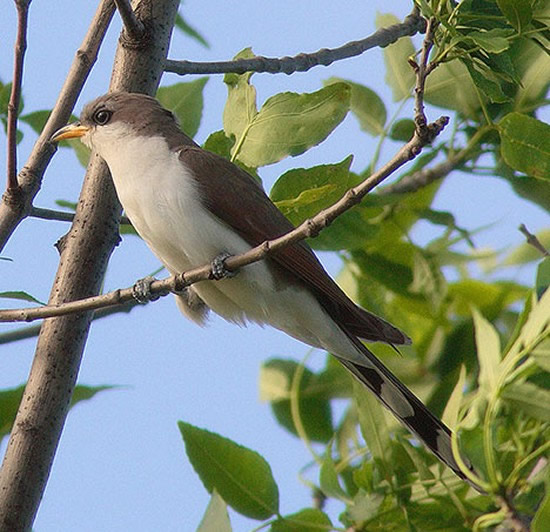 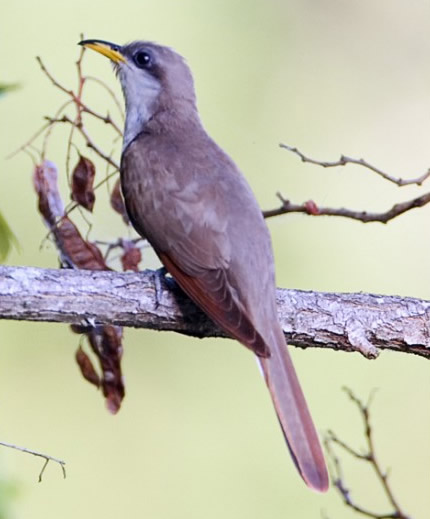 The cuckoos are a family, Cuculidae, of near passerine birds. The order Cuculiformes, in addition to the cuckoos, also includes the turacos. Some zoologists and taxonomists have also included the unique Hoatzin in the Cuculiformes, but its taxonomy remains in dispute. the female cuckoo bird will not only raid the nest of her warbler neighbor to steal eggs, she then leaves her own eggs behind to replace what she just ransacked. In a true testament of nature vs. nurture, despite being abandoned, the baby cuckoo bird is just as much of a con artist as its birth mother.
Thanks to incubating an egg similar in appearance to the other warbler eggs, the baby cuckoo bird blends among the other chicks and is therefore treated and fed like one of the family. You’d think with the baby cuckoo bird’s rapid growth (we’re talking 10 times the size of its foster mother!) the warbler would finally take notice that something is amiss. But hey, a mother’s love can really turn a blind eye. 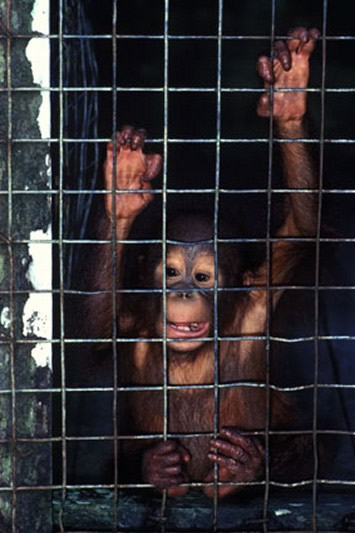 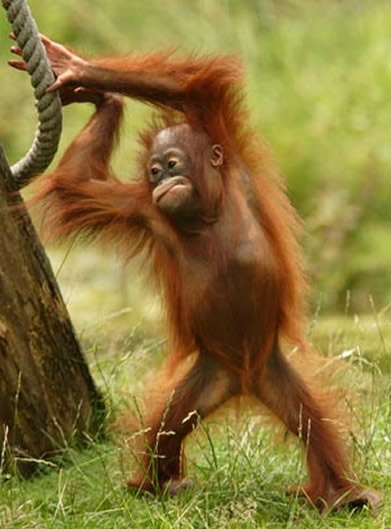 Orangutans are large apes that live in southeast Asia. These apes mostly live in trees and swing from branch to branch using their arms. orangutans have used their intelligence to craft tools. That’s where the cheater part comes in — these creatures often use their tools to pick the locks of their own cages. In fact, they are so cunning when it comes to breaking and entering (or exiting) that zookeepers have used orangutans to test the security of enclosures for other animals. Next up: safe cracking? 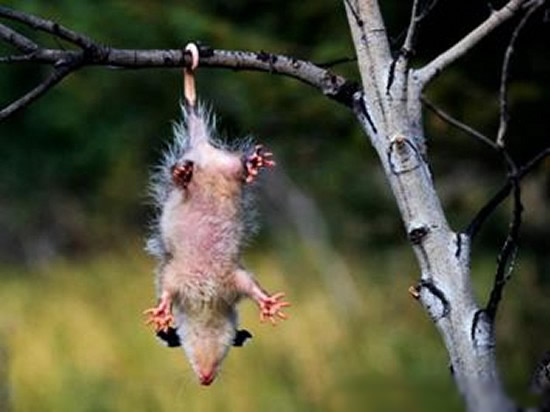 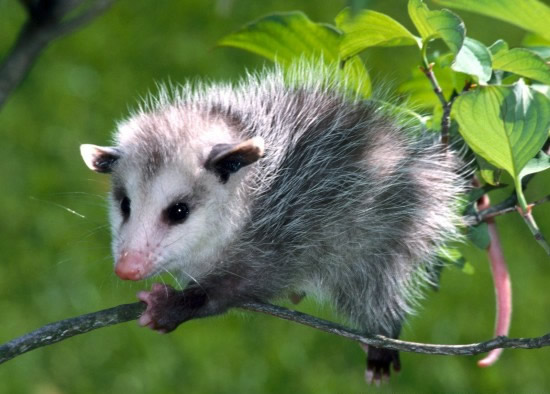 The Virginia Opossum, commonly known as the North American Opossum, is the only marsupial found in North America north of the Rio Grande. A solitary and nocturnal animal about the size of a domestic cat. Virginia opossum cheats death by reacting to threats with an unusual tactic — taking an immediate nap. More specifically, this is where the term “playing possum” stems from, which is often used to describe an attempt to pretend to be dead or injured with an intent to deceive. These slow-moving animals really take their performances seriously by actually going into a catatonic state to make it seem like they are really dead, even when poked. Of course, this defense mechanism doesn’t work so well when there’s a car involved — kinda hard for drivers to tell the difference between faux roadkill and the real thing. 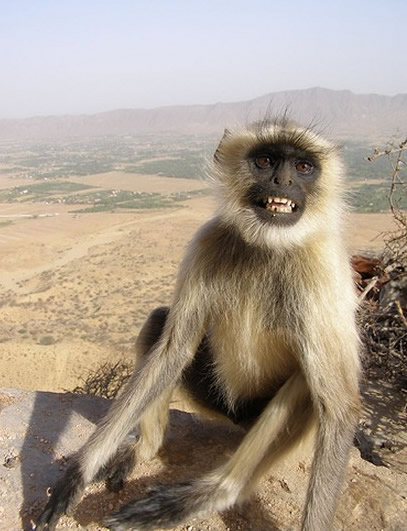 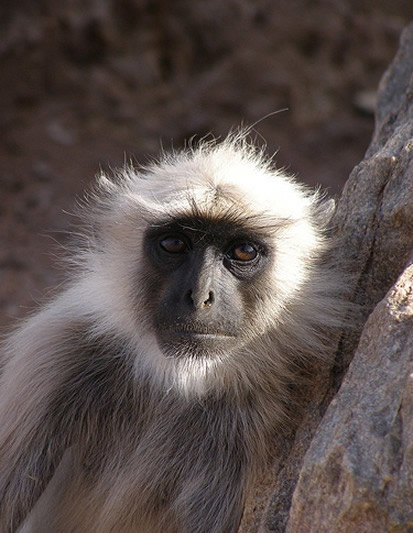 Hanuman monkey is total cheat because it has the right for impunity. Because the fact is namesake is a Hindu monkey god worshipped by millions of people. Known for its strength and valor, this highly revered primate has a lifelong get-out-of-jail-free card. Nothing is off limits to the Hanuman monkey — food, drinks, clothes. Some people will even put these creatures into training to steal on their behalf. 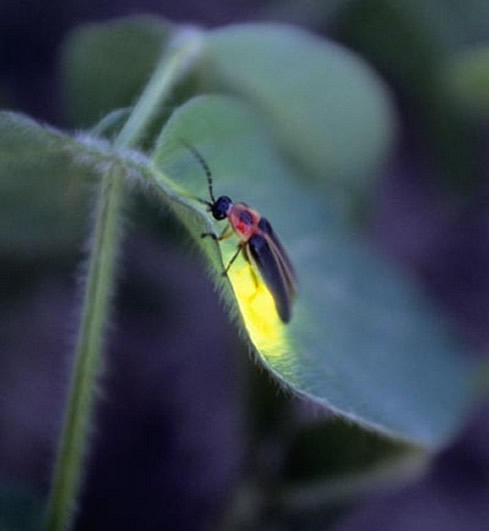 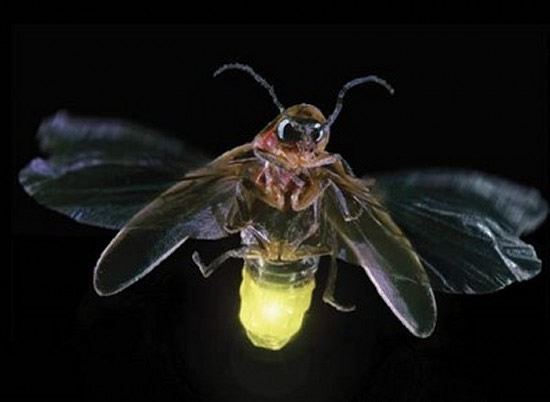 The firefly are winged beetles, and commonly called fireflies or lightning bugs for their conspicuous crepuscular use of bioluminescence to attract mates or prey. Fireflies produce a “cold light”, with no infrared or ultraviolet frequencies. With over 2,000 varieties of this species flitting about, there’s bound to be a few with more sinister intentions. Case in point most fireflies use their flashing lights to attract mates, but one type of the species has learned how to mimic the luminescent signals of other species to lure them as potential meals as well. 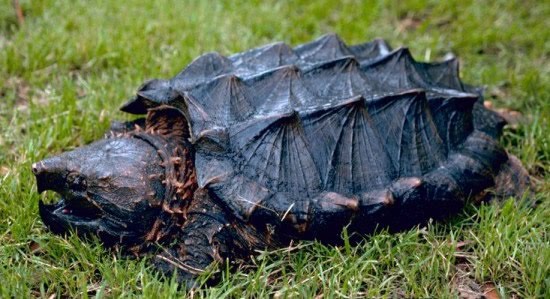 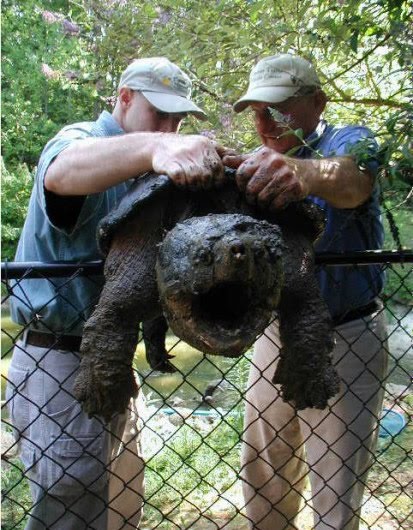 The Alligator Snapping Turtle is one of the largest freshwater turtles in the world. It is a larger and less aggressive relative of the Common Snapping Turtle. An alligator snapping turtle can take your finger off with one chomp, but the cheat is in how they’re able to lure their bait. The inside of the turtle’s mouth is camouflaged, and on top of that their tongue features a worm-shaped appendage on its tip. Not only does this look like a fish’s feast, but it actually mimics the movements of a worm as well. 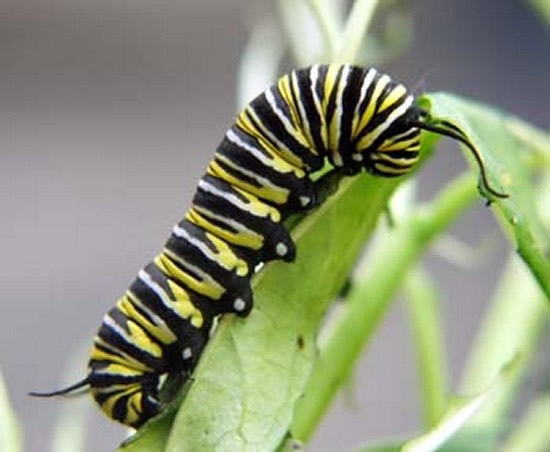 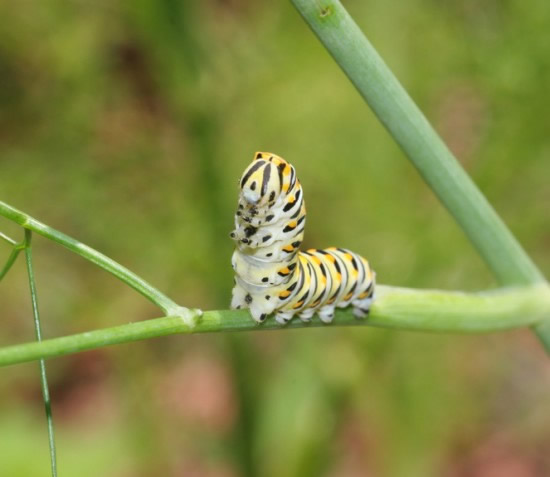 Caterpillars are the larval form of a member of the order Lepidoptera (the insect order comprising butterflies and moths). They are mostly phytophagous in food habit, with some species being entomophagous. A caterpillar tends to be more of a trickster, with all kinds of moves up its sleeve to stay alive. Some caterpillars mimic the look of their habitat — such as leaves and branches — to blend in. But there are also some that resemble other things found in nature, like bird droppings — ew! Other caterpillars are tricky thieves, stealing poisons from the plants they eat only to use them to arm their own spines with toxins. There’s even a caterpillar that cheats death by becoming a killer. Look no further than Hawaii, which plays home to the only flesh-eating caterpillars in the world. 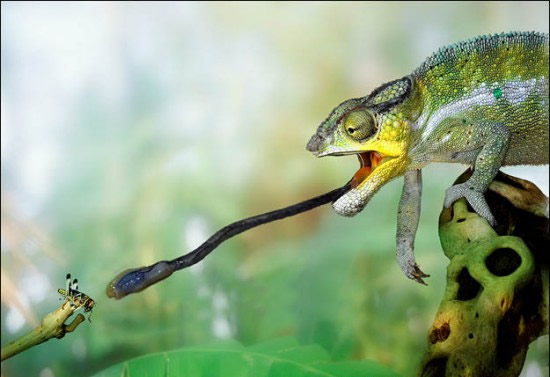 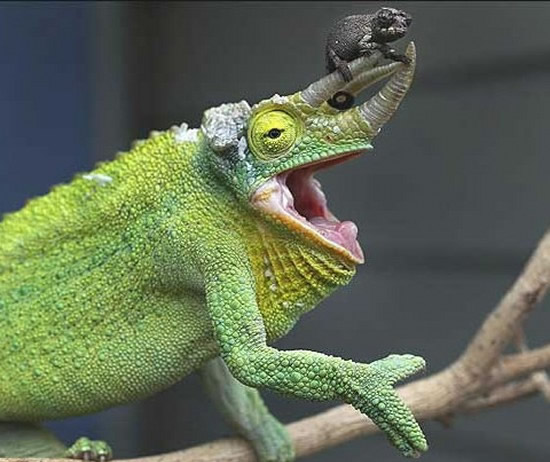 Chameleons are a distinctive and highly specialized clade of lizards. They are distinguished by their parrot-like zygodactylous feet, their separately mobile and stereoscopic eyes, their very long, highly modified, and rapidly extrudable tongues, their swaying gait, the possession by many of a prehensile tail, crests or horns on their distinctively shaped heads, and the ability of some to change color. The word “chameleon” means “liar” in several languages, and like all good liars, you’ll hardly believe what comes out of a chameleon’s mouth — namely, its tongue.
Because a chameleon’s tongue is usually twice as long as its body length, extends faster than the human eye can follow, and has a sticky tip on the end used to catch prey. Chameleons can also cheat by hiding their whereabouts with their ability to change color. 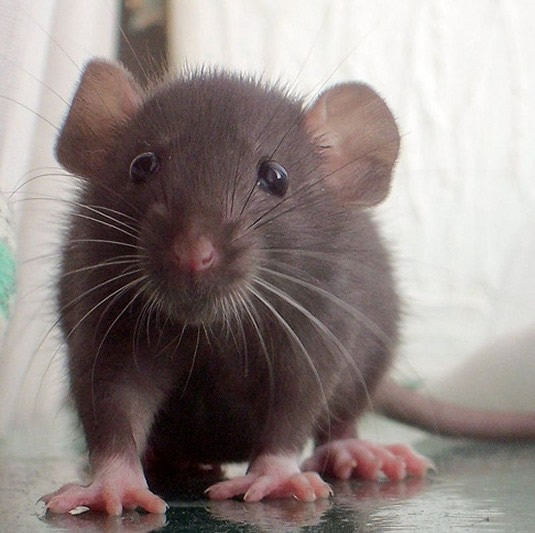 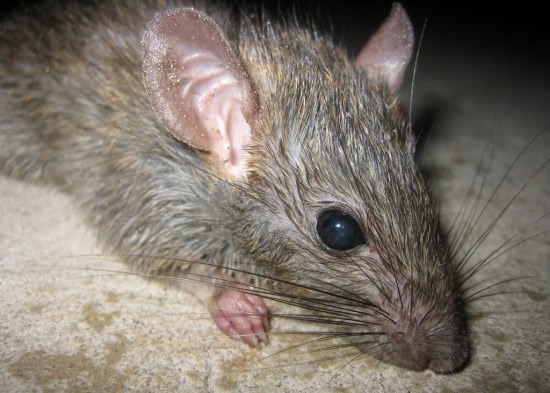 Rats are typically distinguished from mice by their size; rats are generally large muroid rodents, while mice are generally small muroid rodents. The muroid family is very large and complex, and the common terms rat and mouse are not taxonomically specific. When it comes to food and money, rats are truly dirty rotten scoundrels. In the United States alone, they wreak havoc to the tune of creating over $19 billion in damages per YEAR.
It’s no wonder really, when you consider that there are an estimated 70 million rats just within New York City — that’s of course not counting pickpockets, slight-of-hand street vendors or crooked politicians. To make matters worse, not only are rats some of the most expensive cheaters, they’re also surprisingly fast, with their top speed clocking in at around six miles per hour. 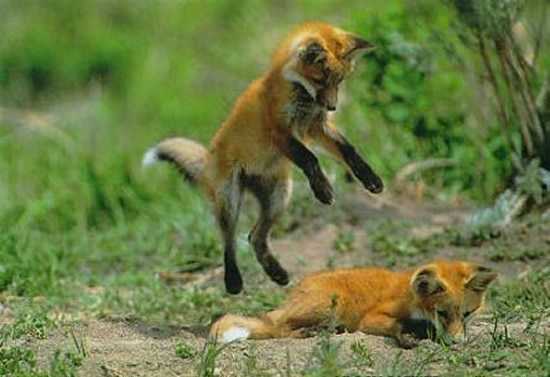 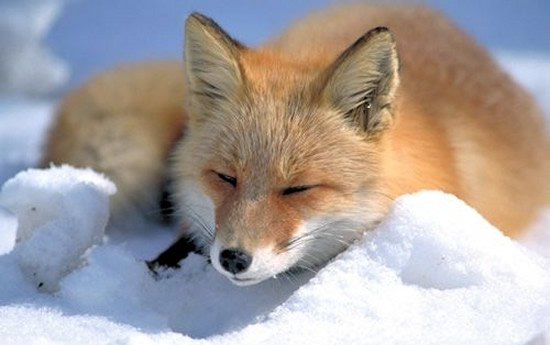 Fox is a common name for many species of carnivorous mammals belonging to the Canidae family. Foxes are small to medium-sized canids, characterized by possessing a long narrow snout, and a bushy tail. Perhaps the phrase “sly as a fox” owes its origin to the ultra-sneaky foxes in the mountains of South America. Quite frankly, the foxes need to be as cunning as possible, as birds in this region — such as the Rhea — tend to be quite large. And you know what they say about big birds … BIG eggs. Foxes wait for the Rheas to make a move so they can sneak in and snatch the eggs, but because the eggs are often too large to grab in their mouths, the foxes will roll the eggs with their snouts to knock it against something, like a rock or a tree, in the hopes of breaking it down.