Top 10 Architectural Wonders of the World

We know about natural wonders of the world like the Grand Canyon, Mount Everest, Niagara Falls and so on...But why not we think about the Man - Made Wonders. Lets talk about the absolute must-see buildings. The ones that will make your jaw drop and will have you asking, "how did they do that!?" 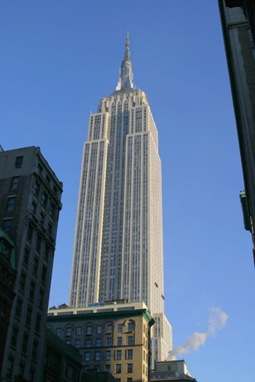 This art deco skyscraper stood as the world's tallest building for more than forty years and now it's 12th. The empire state building is one of the world’s most recognizable skyscrapers. Empire state building is one of the popular attraction in New York city. The tower has 102 storeys and was built in the 30s. There are two observatories, one is on the 86th floor, where you can see a breath-taking 360-degree view of the city. There is also a much smaller observation deck on the 102nd floor. 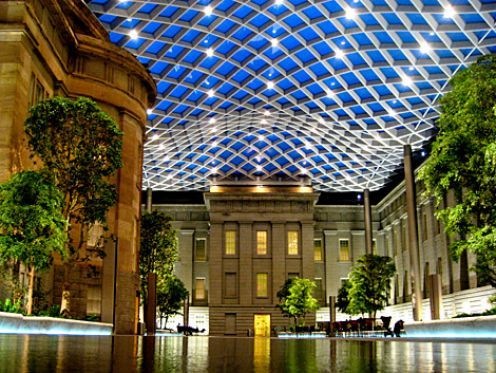 The courtyard was designed to make visitors feel like they’re outside, without having to deal with cold and rain. Thus, a roof was necessary to making the space truly useful, and the architects decided upon a wavy glass and steel structure, with glass panels set in a grid and supported by columns. There are several pools of water, which are only a quarter inch deep. They reflect the courtyard and can also be turned off to accommodate more people in the space. Adorning the courtyard are two 32-foot ficus trees and 16 black olive trees, which are filled in with a variety of shrubs and ferns. The space is 28,000 square feet, and will feature free wireless internet access. it was Designed by Norman Foster, this elegant glass canopy was built as an addition to the museum and houses part of the Smithsonian's art gallery. It won the prestigious Pritzker Architecture Prize in 1999. It's over 28,000 square feet of glass and gives the impression of a floating ceiling. 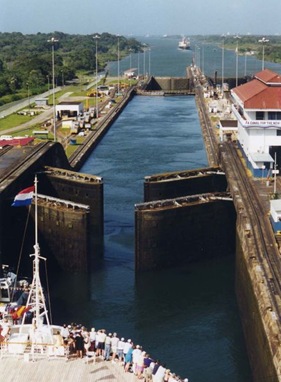 Panama canal is a man-made canal was. It remains as one of the most difficult and impressive engineering feats of our time. Panama Canal links the Pacific and Atlantic oceans. Tt was built as a travel port and has had an enormous impact on shipping between the east and west. Each year over 14,000 vessels pass through its concrete tunneled walls. The canal has been enormously successful, and continues to be a key conduit for international maritime trade. The canal can accommodate vessels from small private yachts up to large commercial vessels. 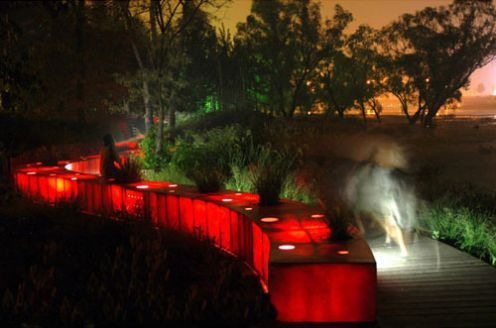 In Qinhuangdao, China the Tanghe River Park features a new installation of a red steel bench that runs for half a kilometre through the park. The Red Ribbon project is th winner of American Society of Landscape Architects award and was also selected by readers of Conde Nast Traveller magazine as one of the seven new wonders of the architecture world. This knee-high red steel bench acts as a viewing place for the area's lush vegetation and diverse species. The challenge of this project is to protect the good ecological condition of the site and to ensure safety hygiene accessiblity and attractiveness, allowing people touse the site as an urban park. This "red ribbon" provides seating, environmental interpretation, lighting and displaying of native plants. 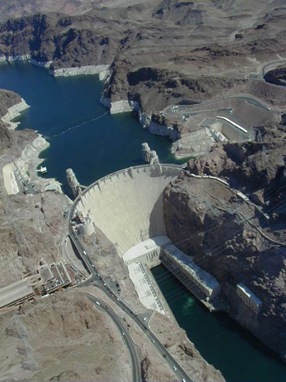 Hoover Dam, originally known as Boulder Dam, is a concrete arch-gravity dam in the Black Canyon of the Colorado River, on the border between the U.S. states of Arizona and Nevada. Hoover Dam is one of the world's largest hydro-electric generating stations. Hoover Dam is one of the most jaw-dropping sites in the US. The dam is named after America's 31st president, Herbert Hoover, who played a large role in bringing the nearby states into agreement about water allocations, settling a 25-year controversy. One more great thing about this dam is it was completed ahead of schedule. Construction began in 1931 and finished in 1936. Two years ahead of schedule and well under budget.

5. The Channel Tunnel aka The Chunnel, Europe 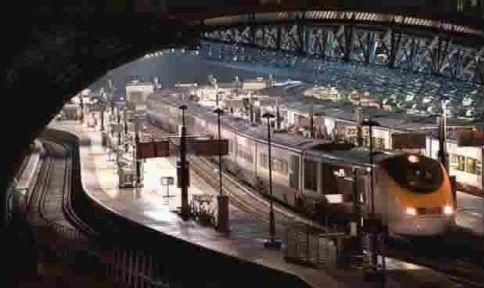 The Channel Tunnel, also known as the Chunnel,is a 50.5-kilometre undersea rail tunnel linking Folkestone, Kent in England with Coquelles, near Calais in northern France beneath the English Channel at the Strait of Dover. The Channel actually consists of three tunnels bored in the rock below the seabed of the Channel. Two of the tubes are full sized and accommodate rail traffic. In between the two train tunnels is a smaller service tunnel that serves as an emergency escape route. There are also several cross-over passages that allow trains to switch from one track to another.Today, trains roar through the tunnel at speeds up to 100 miles per hour and it's possible to get from one end to the other in only 20 minutes! 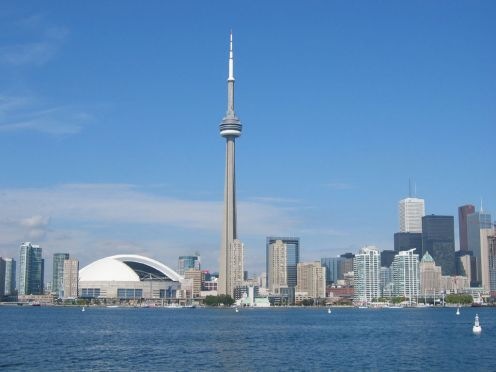 The CN Tower is the world's tallest building as well as Canada's most recognizable icon. The tower is the centre of tourism in Toronto. From the top of the tower you can view the breathtaking view of downtown Toronto. Things to do in the tower include walking on glass floor, eating over 1000 ft above ground at the revolving 360 Restaurant, watching a movie about the construction of the CN tower and of course enjoying the view. It is also a centre for telecommunications in Toronto. 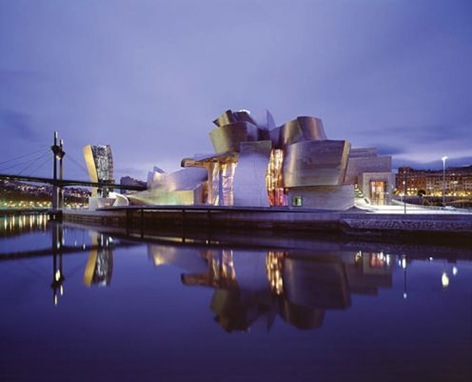 The Guggenheim Museum Bilbao is a museum of modern and contemporary art. It was designed by Canadian-American architect Frank Gehry and built by Ferrovial. The museum is located in Bilbao, Basque Country, Spain. It is built alongside the Nervion River, which runs through the city of Bilbao to the Atlantic Coast. The exhibitions in the museum itself change often, the museum hosts thematic exhibitions, centered for example on Chinese or Russian art. The museum features permanent and visiting exhibits of works by Spanish and international artists. The circular body is signature to the architect and was built to showcase the museum's pieces in a unique way. It stands alongside Spain's magnificent Nervion River. 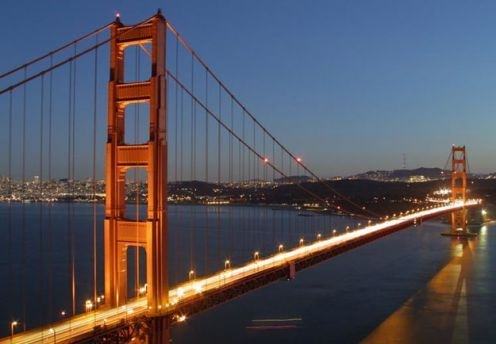 Arching over the Pacific ocean, the Golden Gate Bridge links San Francisco to Marin County . The Golden Gate Bridge is acclaimed as one of the world's most beautiful bridges and with its tremendous towers, sweeping main cables and great span, it is a sensory beauty featuring color, sound, and light. The Bridge can be a very busy place, particularly during the summer months. Pedestrians can walk the bridge to get sprawling views of San Francisco's harbor. Historically, it's also one of the most photographed bridges in the world. 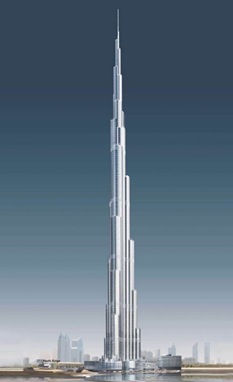 Burj Dubai is a supertall skyscraper under construction in Dubai, United Arab Emirates. It is the tallest man-made structure ever built. Construction began on 21 September 2004, and the tower is expected to be completed and ready for occupancy by September 2009. This structure will be the world's tallest building once it's completed. Although the height has been a well-kept secret, experts predict it will be over 2200 feet and tower plans suggest an outdoor swimming pool will be located on the 78th floor and the 124th floor will be an observation deck. It will also, reportedly, contain the world's fastest elevator.