10 Strangest Sharks in the World

Ever since I was a kid, I’ve been fascinated with sharks. My interest in these remarkable fish has never really waned, leading to my majoring in zoology while at college and my insistence that Shark Week is must-see television. Sharks have evolved over millions of years to become the most efficient fish in the sea, and one can’t help but admire how they’re built perfectly for their roles as predators.

Most of the sharks we see in movies are Great Whites, and every once in awhile, we’ll get some makos (like in Deep Blue Sea). But there are a lot of sharks swimming in the Earth’s oceans that look nothing like the sharks we see on the big screen. I usually post about movies or video games, but some of these sharks look so bizarre that they can only be classified as “unreal.” I hope you enjoy this gallery of the strangest-looking sharks in the world. 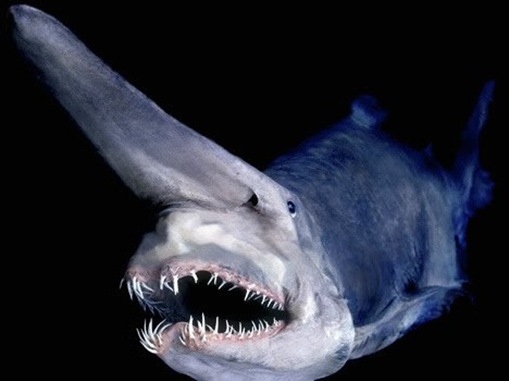 Goblin Sharks – an accurate name if there ever was – are rarely seen and that’s not a bad thing for them or us. Living thousands of feet below the surface of the seas, Goblin Sharks have semi-transparent skin that gives them a pinkish hue. The bizarre projection at the top of their heads is believed to house an advanced electroreceptor system to help them home in on prey in the absence of light. 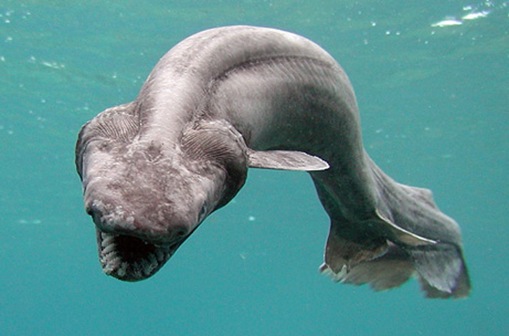 Frilled Sharks are deepwater fish that are rarely seen at the surface, though they are often caught by bottom trawlers. Long and eel-like, Frilled Sharks are sometimes considered to be “throwbacks” to the early period of shark evolution though their existence today is testament to the success they have found in their particular ecological niche. 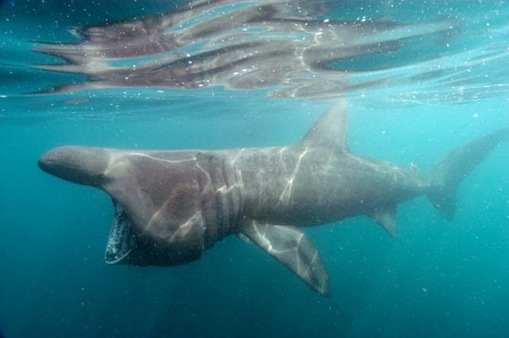 This shark is called the basking shark because it is most often observed when feeding at the surface and appears to be basking in the warmer water there. It is the only member of the family Cetorhinidae. Gunnerus was the first to describe and name the species Cetorhinus maximus from a specimen found in Norway. The genus name Cetorhinus comes from the Greek, ketos which means marine monster or whale and rhinos meaning nose, the species name maximus is from Latin and means “greatest”. 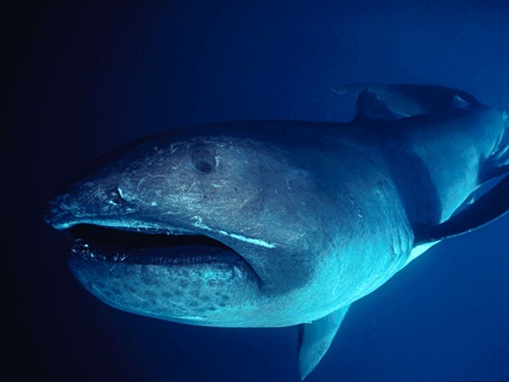 Megamouth Sharks are filter-feeders like Whale Sharks (below) and Basking Sharks. Growing up to 18 feet long and weighing as much as 2.5 tons, Megamouth Sharks are a deepwater species that boasts a ring of light-emitting photophores around its mouth – sort of a deep sea “Eat At Joe’s” sign, though diners quickly become dined upon. 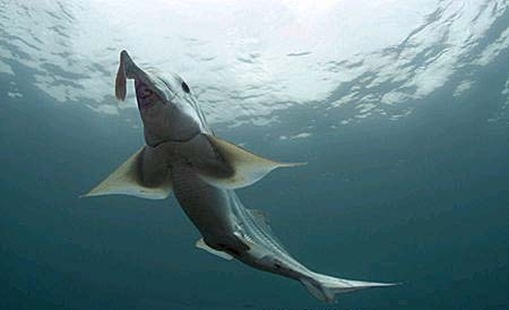 The elephant shark, Callorhinchus milii, is a cartilaginous fish belonging to the subclass Holocephali. Sharks, rays and skates are the other members of the cartilaginous fish group and are grouped under the subclass Elasmobranchii. Alternative names of the elephant shark include: Australian ghost shark, Makorepe, whitefish, plownose chimaeras or elephant fish. The latter is best avoided as it may be confused with elephantfishes which are freshwater teleost fishes from tropical Africa and the Nile. 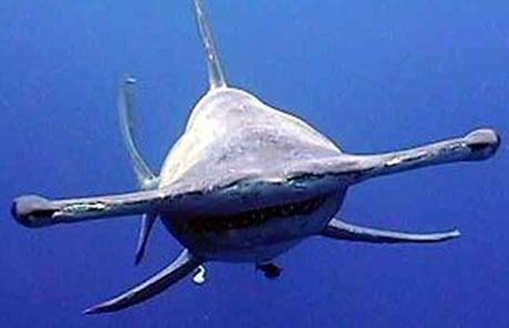 Hammerhead Sharks are relative newcomers to the world of sharks, having first evolved their bizarre hammer-like heads a mere 50 million years ago (give or take a few million). Scientists aren’t exactly sure what benefit their unique heads provide – perhaps greater spacing of their olfactory (scent) sensors helps them locate food with more accuracy and at a greater distance. 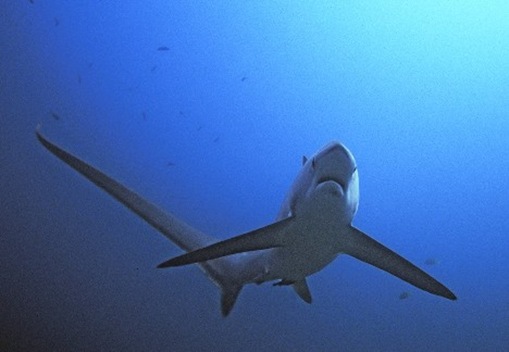 Sharks are versatile killers from tooth to tail – especially tail, in the case of the Thresher Shark. A 20 ft long Thresher Shark might have half its total length locked up in its tail. Researchers observing Thresher Sharks catch prey found that their typical technique is to swim through schools of fish while whipping their tails, then retracing their paths to snap up any stunned or killed fish. 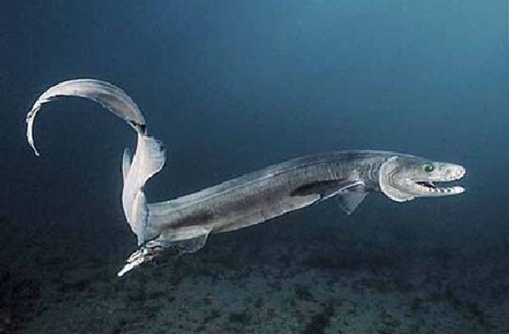 Frilled Sharks are deepwater fish that are rarely seen at the surface, though they are often caught by bottom trawlers. Long and eel-like, Frilled Sharks are sometimes considered to be “throwbacks” to the early period of shark evolution though their existence today is testament to the success they have found in their particular ecological niche.

Spined Pygmy Sharks are among the smallest members of the shark family, reaching maximum lengths of just 11 inches. Deepwater fish like its close relatives, the Lantern Sharks, the Spined Pygmy Shark exhibits a network of bioluminescent photophores that run along its midsection. It’s thought that the photophores help it blend in with ambient light conditions, thus disguising it from both predators and prey. 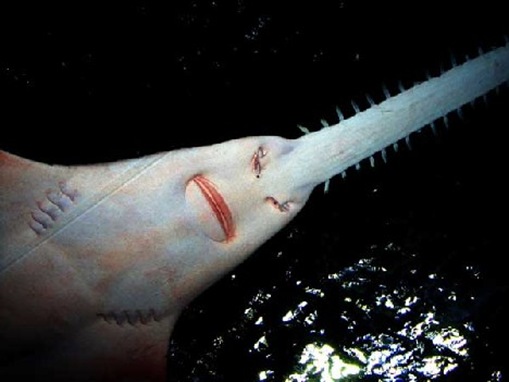 Saw Sharks look like Sawfish but they’re not – they’re sharks. Saw Sharks have their gills on each side of the neck like most other sharks while Sawfish gills are positioned beneath their bodies. The lifestyles of Saw Sharks and sawfish are similar, though: swish tooth-studded beak when sea creatures come close, snap up the shredded remnants. In Latin that would be veni, vidi, vici: I came, I saw, I had lunch.