Home / Nature / Top Volcanoes To Visit In The US

Top Volcanoes To Visit In The US

Visit Active Volcanoes in AmericaWhile not necessarily advisable to mess with the Earth’s wrath and fling yourself into deadly conditions, we can walk the razor’s edge between life and death if we exercise caution. After all, you only live once and for many of us, near-death thrills make us feel, well, alive.

Whether we paraglide in Patagonia, bungee in Bora Bora, surf with sharks or heliski the Alps, we love to court disaster. So while a real vacation for some people is a week of total rest and relaxation, for others a leave of absence from the corporate world or 9-to-5 occurs with a leave from rational logic and common sense. To these intrepid travelers, we dedicate this look at some incredible, high-voltage volcanoes in America. 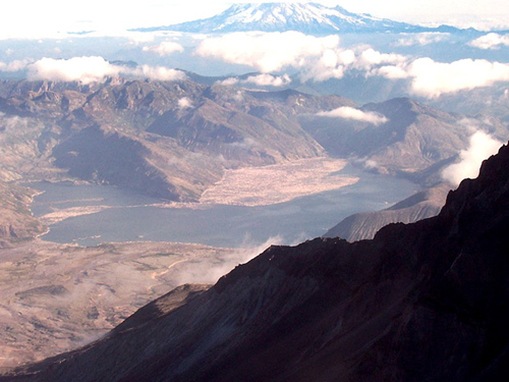 Anchorage and Fairbanks, Alaska are remote enough for many but by way of contrast, the state’s Aleutian Islands seem otherworldly. The archipelago acts like a bridge between Asia and the Americas and was probably the passage ancient tribes took to cross the continents. The Aleutian chain consists of more than three-hundred volcanic islands and represents the north periphery of the Pacific Ring of Fire. To quote Johnny Cash, “it burns, burns, burns” on a regular basis up here.

The Cleveland Volcano is one of the most spectacular mountains not just in the Aleutians, but anywhere in the Americas. The ultra prominent peak is a stratovolcano in the middle of the archipelago, on Chuginadak Island. Mount Cleveland forms one entire half of the island and as recently as late 2009, sent ash plumes 20,000 feet high into the atmosphere. To visit the Aleutian Islands, visitors can either book a small charter or ferry passage on the Alaska Marine Highway. 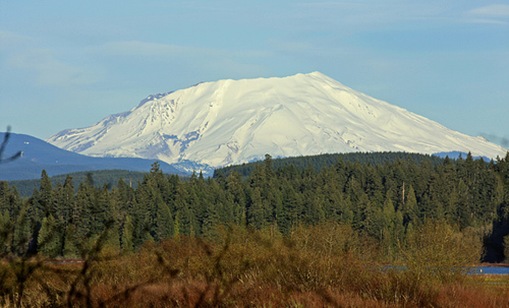 May 18, 1980. A day that now lives in infamy in Washington state and indeed, much of America. Less than a month after a magnitude 4.2 earthquake, Mount St. Helens burst spectacularly over a swath of land the size of Andorra and Lichtenstein. The subsequent debris avalanche and near-apocalyptic landscape damage was without precedent. Ash fell in Idaho within hours and as far away as Edmonton, Alberta. The death toll was fifty-seven, with countless homes and property a total write-off.

Mount St. Helens is still active. Visitors can however, hike to the summit via Monitor Ridge trail. The volcano sits within Mount St. Helens National Volcanic Monument, a 110,000 acres area around the mountain, within Gifford Pinchot National Forest. The drive from Seattle is approximately 3.5 hours but a mere 1.5 hours from Portland, Oregon. 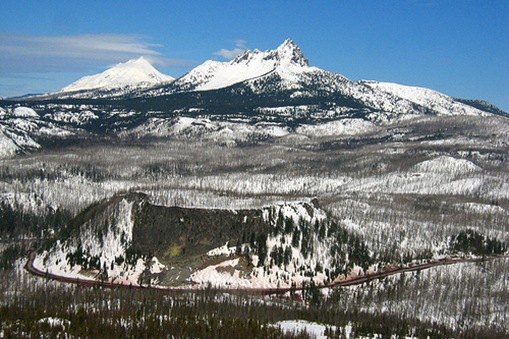 The Pacific Ring of Fire Cascade Range, of which Mount St. Helens and Mount Rainier outside Seattle both belong, contains some gorgeous peaks in Oregon. Mount Washington (the name is indeed ironic) last sent magma into the sky well over a millennium ago, in the late 7th century. The shield volcano is the main feature of the awesome Mount Washington Wilderness area, which offers 52,516 acres of forests, mountains and lakes for visitors to explore. 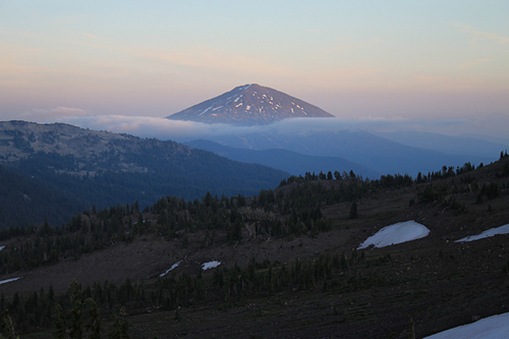 Dramatic Mount Bachelor and the Mount Bachelor Volcanic Chain is one of the premier attractions in Oregon. With a summit of over 9,000 feet, the mountain is formidable and was last active 10,000 years ago. A stratovolcano on top of a shield volcano, Bachelor is part of the Cascade Range and Three Sisters Wilderness area. The mountain is also a first-rate ski resort with a notable vertical drop in excess of 3,300 feet. The Mount Bachelor ski area in fact, is sixth in size in the United States and behind only Vail, Colorado in summit height. Nearby Bend, Oregon, a fine city of close to 100,000 people, is a short drive from Mount Bachelor.