Home / Nature / Places / 13 Amazing Treehouses from Around the World

13 Amazing Treehouses from Around the World

Treehouses bring us closer to nature, and appeal to the kid in all of us.

1 Temple of the Blue Moon 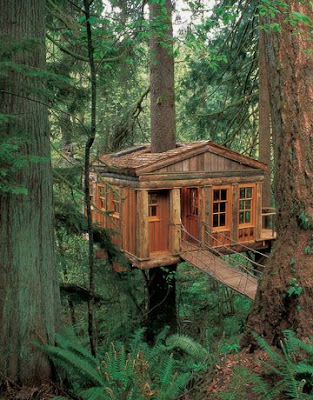 Pete Nelson is a rare triple threat: a writer, photographer and a treehouse builder. Nelson is also an architect and contractor, as well as a family man, and he has spearheaded a growing treehouse revival that inspires the kid in all of us. Nelson's latest book, New Treehouses of the World, takes us on a fantastical voyage through secret hideouts and dream forts, from Long Island to Thailand and many places in between.

Nelson, who designs and builds the playful structures through his Seattle-based company TreeHouse Workshop, Inc., believes they help children and adults alike reconnect with nature, as well as enjoy family time. Nelson encourages us to "let go of earthbound encumbrances and be free." Continue to see some of the world's most freeing spaces.

2 Temple of the Blue Moon 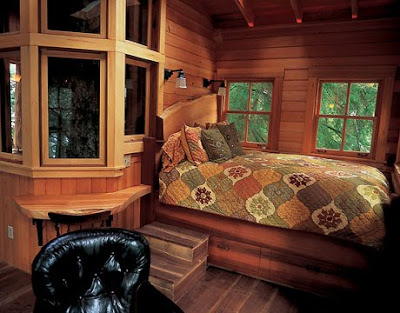 On a primordial patch of forest in Fall City, Washington sits Nelson's Northwest Treehouse School, a place for people to come learn about nature, construction and--naturally---the art of building treehouses. A main lodge can accommodate 40 people for classes, and there are several treehouses with comfortable guest lodgings. 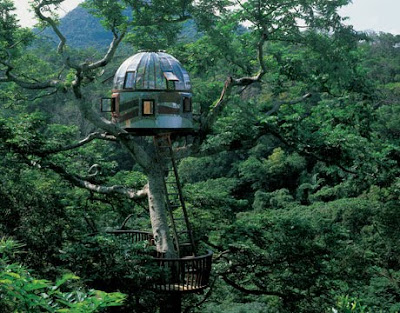 Perched high in the forest of Okinawa is a unique creation by master Japanese treehouse builder Taka, author of Treedom: The Road to Freedom. The "Plexiglass portal to the universe" is an attraction at the rustic Beach Rock resort, a popular stopover for young Japanese backpackers and those who want to get away from the ordinary for a while. The treehouse was built in 2005, and weathered a typhoon the following season. 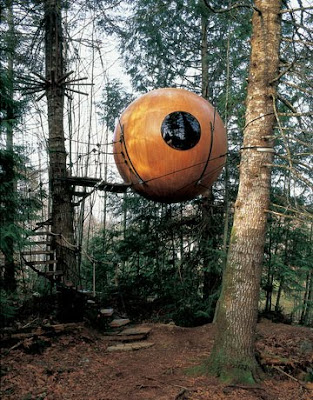 Looking like something from Avatar or Star Wars, the Free Spirit Spheres in British Columbia are designed to be "treehouses for adults." Handmade from local wood, they are envisioned for meditation, photography, canopy research or wildlife watching, and can be finished with plumbing, electricity and insulation. Some are available for rental, and DIY kits are offered.

5 All Hands on Deck 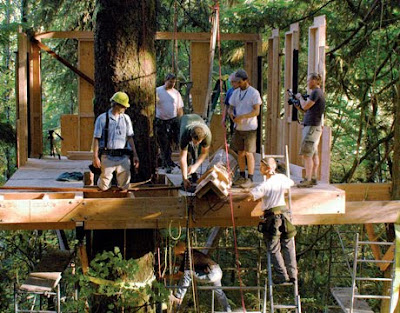 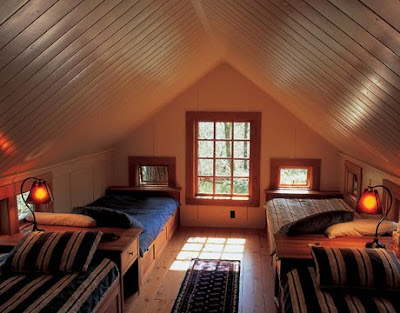 Nelson built this gorgeous treehouse in a ravine near a remote channel of Puget Sound. The client wanted a place for his young sons to host sleepover parties, and to get closer to nature. The boys dubbed it the Driftwood Inn. 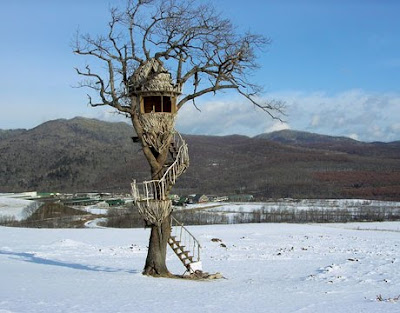 Another unique Taka creation is the Driftwood Egg Treehouse, which he created for a Nescafe commercial on the northern Japanese island of Hokkaido. The small perch was constructed from driftwood sourced from the region. 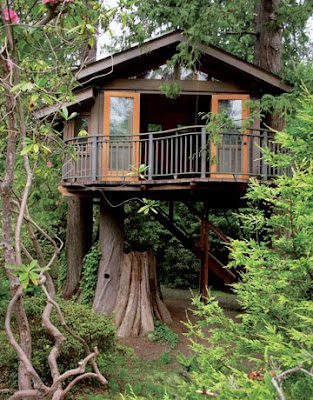 The aptly named Secret Garden Treehouse in Seattle was commissioned by a young music industry star who wanted a quiet retreat. 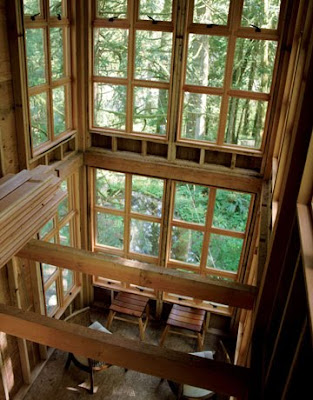 Started during a five-day workshop at the Northwest Treehouse School, this ambitious project features a virtual wall of glass. Perched in a giant western red cedar, the 200 square feet of space are meant for a queen-size bed, electric toilet, a closet, reading area and even a small kitchen. 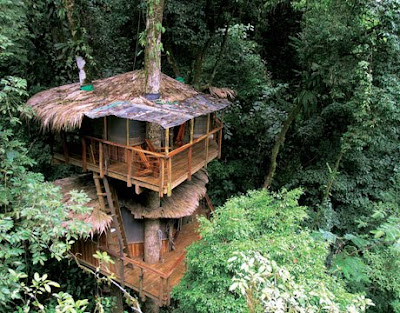 A pair of expats in Costa Rica, Matt and Erica Hogan, are developing a 30-lot eco-village in paradise. Finca Bellavista, as the small community is called, will have a microhydro plant on a gurgling stream, solar panels, a recycling center and a common garden. Transportation is by foot, or ziplines, and visitors and residents will bunk in the trees. 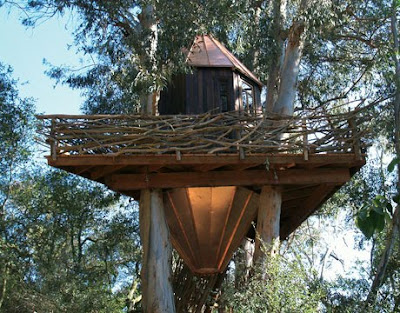 One of Nelson's collaborators, Roderick Romero, specializes in unique treehouse designs made from salvaged and reclaimed materials. Romero once built a treehouse in Italy for the rock star Sting. His Lantern house is balanced between three eucalyptus trees in Santa Monica, California. 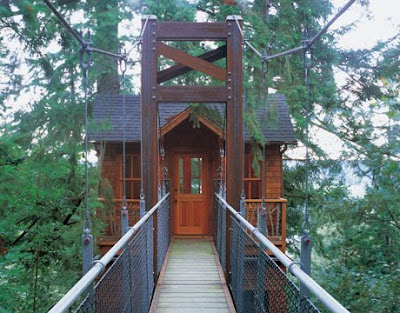 Working with a client who has an affinity for bridges, Nelson built this unique structure in Western Washington. The span was installed by Sahale Bridge Builders of Seattle. 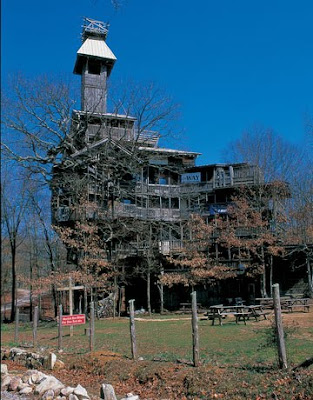 The inspiration for this sprawling treehouse cathedral came in a flash from the heavens 18 years ago, to Horace Burgess of Crossville, Tennessee. Burgess has worked on the structure ever since, using wood reclaimed from five different barns. When church isn't in session, the spacious interior serves as a basketball court.