Ancient Delhi has a rich history. During the last excavations in the ruined fortifications of the Purana Quila, an old fort was discovered. From that discovery, it was assessed that the city foundation dates back to 1200 B.C. and is identical with the Indraprastha, the legendary metropolis of the Aryans. The first historic records come however from the 11th century A.D., when the Rajput princes had their seat in the city. In the 12th century, Islamic invaders invaded Delhi. Prithviraj Chauhan, the last Hindu king who ruled in Delhi was killed in 1192 in a battle. From this time to the British colonial reign ruled Muslim rulers.

While in Delhi, you need to visit some of the ancient monuments and architectures that blends with new architecture within the city. 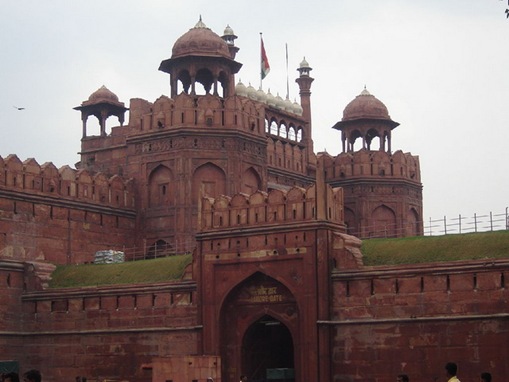 Red fort of Delhi was added in 2007 to UNESCO’s world cultural heritage list. The red fort is the largest building of Delhi and one of the city’s major tourist attractions. Completed after 9 years of construction during 1648, not only does it resemble the fort in Agra, but it was constructed after the Mughal capital shifted from Agra to Delhi. The fort is imposing with its mile-long wall and octagonal form. Up to 1857, it served as the residence for the Mughal Emperors. You will enter the fort through the powerful Lahore Gate and you’ll pass the many souvenir shops that line the route to the old Meena Bazaar, which was operated by the socially higher state women of the Mughal court. 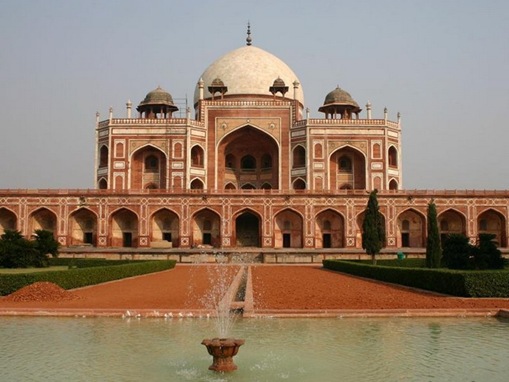 The tomb of Humayun—the second Mughal Emperor who ruled from 1508 to 1556-- was nominated by UNESCO in 1993 to its list of world cultural heritages. This tomb was the first Mughal tomb and set the “look” for future Mughal tombs which combined the mausoleum and garden into one complex. This tomb was the first garden tomb of India, and also served as an example for the Taj Mahal in Agra. Humayun’s widow Hamida Begum led the erection of the tomb in 1562, after the death of her husband, Mughal Emperor Jehangir, and it was completed after 9 years of construction with the help of Persian master builders.

3.Qutb Minar and its Monuments, Delhi 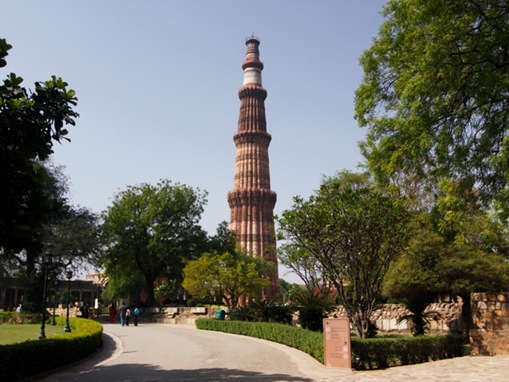 The Qutb complex is a terrain in Delhi, where the ruins of the first mosque constructed by the Muslim after the conquest of the city during the year 1200 stands. The main parts of this complex are the Qutb Minar (the minaret of this mosque), Alai Minar, Quwwat-ul-Islam-Mosque as well as the famous iron pillar. Qutb complex is supposed to be the first Muslim construction on Indian land. Since 1993, Qutb Minar and its monuments have been listed as one of UNESCO’s World Cultural Heritage sites. 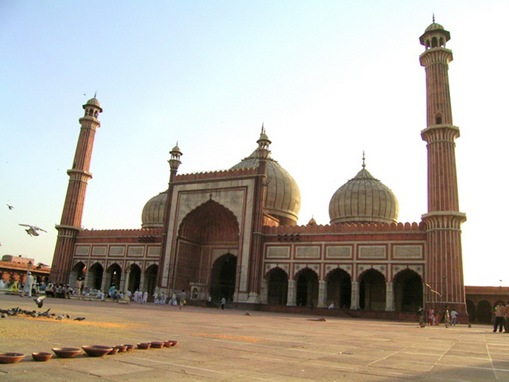 India’s largest mosque - and the third largest of the world--is praised as the most beautiful of all mosques. Mughal emperor Shah Jahan, the builder of the Taj Mahal, led the construction of the imposing Friday mosque around 1650 (completed in 1656) for its new capital Shahjanabad (today Old Delhi). It is made of black and white marble as well as red sandstone, with a 90-square-foot wide courtyard, double-story gates, and a double-span prayer hall with eleven arches. Under these arches, Muslim relics are preserved, of which the most precious are a hair from Mohammed’s beard, his sandals and a footprint. The main prayer hall in the inner courtyard is crowned by three onion-shaped marble domes. A magnificent view from one of the two 120-foot-high minarets acclaims the original name of the mosque "the mosque with the view of the world" (Masjid-i-Jahanuma). 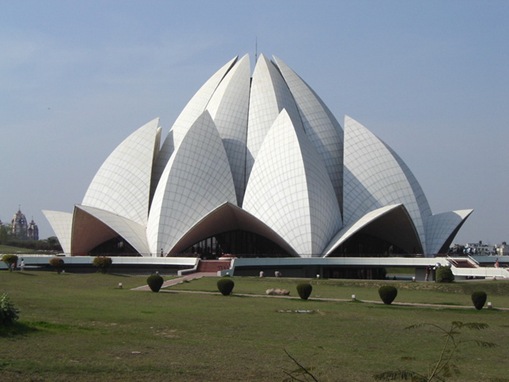 Completed during 1986, the rotunda with nine entrances and a cupola is a meditation place for the international Bahai religious community. The building is built in the shape of Lotus flower out of white marble. The temple compound is 5 miles long, with a diameter of 150 square feet and a height of over 90 feet. 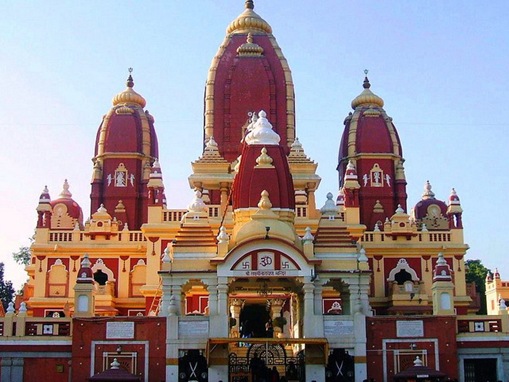 Lakshmi Narayan temple in Delhi also popularly known as ‘Birla Temple’, is dedicated to the Goddess Lakshmi (goddess of fortune) and to her husband Narayan, an incarnation of God Vishnu (known as world preserver); and to Durga (main goddess), to Hanuman (monkey god), to Krishna (incarnation of Vishnu), and to Shiva. The temple contains a Buddhist prayer room. This temple was built by a millionaire industrialist family Birla in 1938, one of the financial supporters of the independence movement. Birla did not build his temple out of the precious colorful sandstone, but rather out of brick which was then plastered. Unfortunately, you cannot photograph the interior of the temple. You will discover inside the temple magnificently decorated life-size statues of the divinity. In the temple, music was also played. The temple compound was inaugurated in 1939 by Mahatma Gandhi. He lived in the nearby Birla-house. 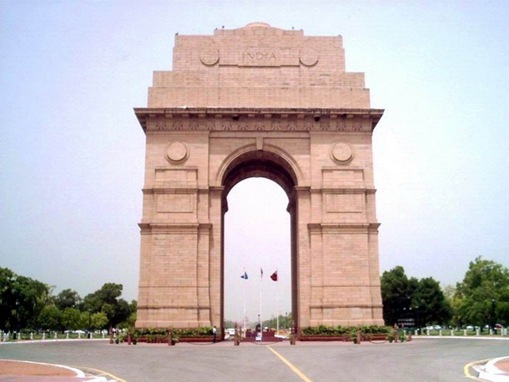 India Gate is located at the eastern end of the Raj path. It is a warrior memorial for Indian soldiers, who were killed during the First World War as members of the British army at the northwest border of Afghanistan. The foundation stone of India Gate was laid down by Lord Connaught in 1921 and it was designed by architect Edwin Lutyens. The walls of the India Gate carry the names of 85,000 soldiers who died in the war. To honor them, an eternal flame burns around the clock with clarified butter.