Top 10 Most Endangered Species on Earth

The World Wildlife Fund has released its annual list of the most threatened species in 2010, and it includes some of the most-loved animals on the planet. The group says the long-term survival of many of these species is threatened by climate change and loss of habitat.

Here is the list, with information about the particular problems facing each animal.

New studies indicate that there may be as few as 3,200 tigers (Panthera tigris) left in the wild. Tigers occupy less than seven per cent of their original range, which has decreased by 40 percent over the past ten years. Continuing deforestation and rampant poaching could push some tiger populations to the same fate as its now-extinct Javan and Balinese relatives in other parts of Asia. Tigers are poached for their body parts, which are used in traditional Asian medicine, while skins are also highly prized. Additionally, sea level rise, due to climate change, threatens the mangrove habitat of a key tiger population in Bangladesh’s and India’s Sundarbans. The upcoming Chinese Year of the Tiger, starting in February 2010, will mark an important year for conservation efforts to save wild tigers, with WWF continuing to play a vital role in implementing bold new strategies to save this magnificent Asian big cat. 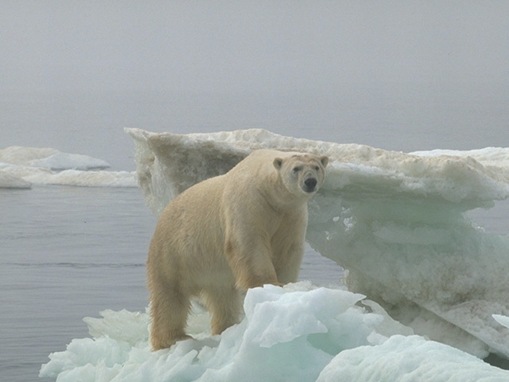 The Arctic’s polar bears (Ursus maritimus) have become the iconic symbol of early victims of climate-induced habitat loss. Designated a threatened species for protection by the Endangered Species Act in the US, many polar bear populations will be vulnerable to extinction within the next century if warming trends in the Arctic continue at the current pace. WWF is supporting field research to better understand how climate change will affect polar bears and to develop adaptation strategies. WWF also works to protect critical polar bear habitat by working with governments and industry to reduce threats from shipping and oil and gas development in the region and with local communities to reduce human-bear conflict in areas where bears are already stranded on land for longer periods of time due to lack of ice. 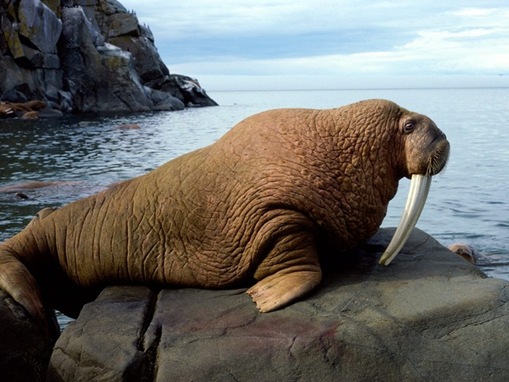 The Arctic’s Bering and Chukchi Seas are home to the Pacific walrus (Odobenus rosmarus divergens), one of the latest victims of climate change. In September of this year, up to 200 dead walruses were spotted on the shore of the Chukchi Sea on Alaska's northwest coast. These animals use floating ice for resting, birthing and nursing calves, and protection from predators. With Arctic ice melting, the Pacific walrus is experiencing habitat loss to the extent that in September 2009, the US Fish and Wildlife Service announced that adding the walrus to the Endangered Species Act may be warranted. 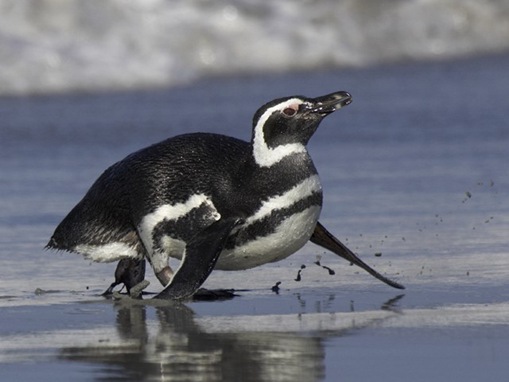 Once threatened primarily by oil spills, Magellanic penguins (Spheniscus magellanicus), now face a larger threat as fish are displaced by warming ocean currents, forcing the birds to swim farther to find food. Last year hundreds of Magellanic penguins washed up on beaches around Rio de Janeiro, many emaciated or dead. Scientists have speculated that changes in ocean currents or temperatures, which may be related to climate change, could have been responsible for their movement more than a thousand miles north of their traditional nesting area in the southern tip of Argentina. Twelve out of the 17 penguin species are currently experiencing rapid population decline. 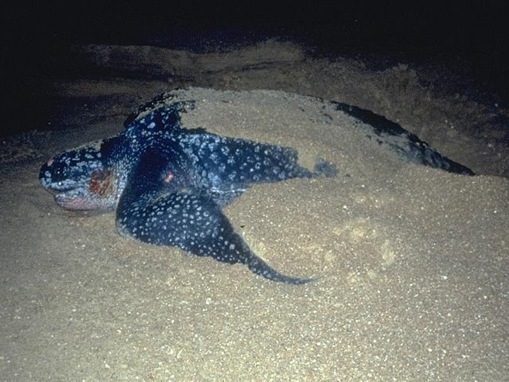 The largest marine turtle and one of the largest living reptiles, the leatherback turtle, (Dermochelys coriaceathe) has survived for more than a hundred million years, but is now facing extinction. Recent estimates of numbers show that this species is declining, particularly in the Pacific where as few as 2,300 adult females now remain, making the Pacific leatherback the world's most endangered marine turtle population. Atlantic turtle populations are more stable but scientists predict a decline due to the large numbers of adults being caught as bycatch and killed accidentally by fishing fleets. Additionally, rising sea levels and higher temperatures on Atlantic beaches pose a new threat to turtles and their offspring. Nest temperature strongly determines the sex of offspring, and a nest warming trend is reducing the number of male turtles. WWF aims to conserve leatherback turtle migratory pathways - by working with fisheries to decrease bycatch, by protecting critical nesting beaches, and by raising awareness so that local communities will protect turtles and their nests. 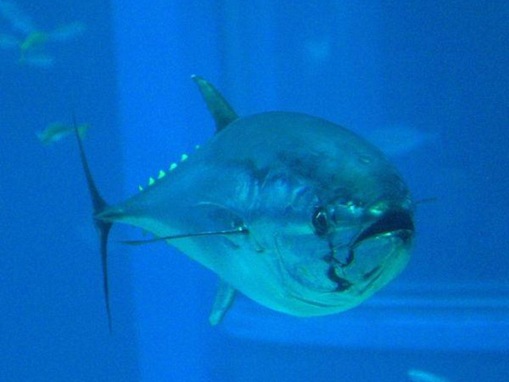 The Atlantic bluefin tuna (Thunnus thynnus) is a large migratory fish found in the western and eastern Atlantic and the Mediterranean Sea. Bluefin tuna is the source of highest grade sushi. Bluefin tuna fisheries are near collapse and the species at serious risk of extinction if unsustainable fishing practices in the Eastern Atlantic and Mediterranean are not stopped. A temporary ban on the global trade of bluefin tuna would allow the overexploited species to recover. WWF is encouraging restaurants, chefs, retailers, and consumers to stop serving, buying, selling, and eating endangered bluefin tuna until this amazing species shows signs of recovery. 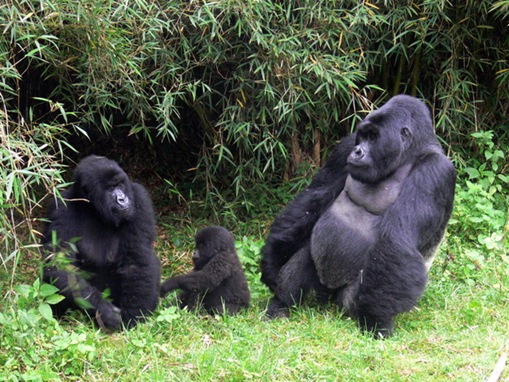 Scientists consider mountain gorillas (Gorilla beringei beringei) to be a critically endangered gorilla subspecies, with about 720 surviving in the wild. More than 200 live in the Virunga National Park, located in the eastern part of the Democratic Republic of Congo, bordering Rwanda and Uganda. War has been waged in areas around the park, with gorillas subject to related threats such as poaching and loss of habitat. Conservation efforts have led to an increase in the Virunga population by 14 per cent in the last 12 years, while the mountain gorillas other home, the Bwindi Impenetrable Forest in Uganda, has experienced population increases of 12 per cent over the past decade. Despite this success, the mountain gorillas status remains fragile, and WWF is working to save the great ape’s forest habitat in the mountains of the heart of Africa. 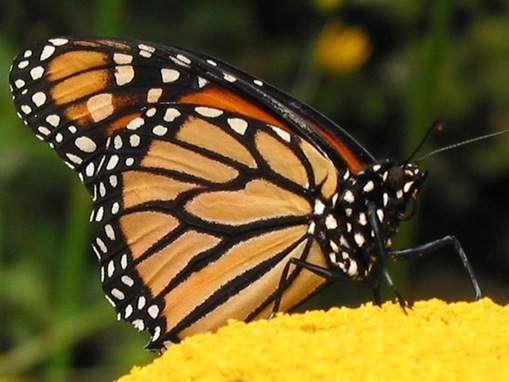 Every year millions of delicate monarch butterflies (Danaus plexippus) migrate from North America to their winter habitat in Mexico. A well conserved and protected high-altitude pine and fir forest in Mexico is essential for the survival of the overwintering of monarchs, which has been recognized as an endangered biological phenomenon. The protection of its reproductive habitats in the United States and Canada is also crucial to saving this species migration, one of the most remarkable natural phenomena on the planet. WWF, in collaboration with the Mexican Fund for the Conservation of Nature, has designed an innovative conservation strategy to protect and restore the Monarch butterflies wintering habitat in Mexico, so butterflies are protected from extremes weather and other threats. WWF is also supporting local communities to establish trees nurseries that are reintroduced to the monarch butterfly reserve, creating at the same time new sources of income for the owners of the monarch forests. 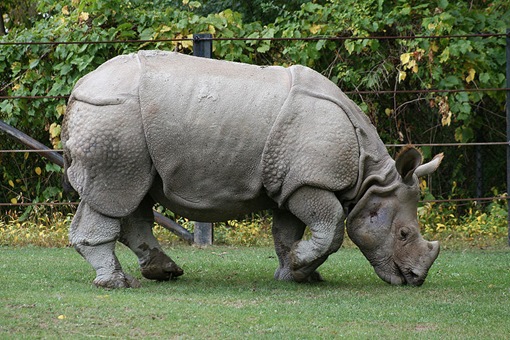 Listed as Critically Endangered on the IUCN Red List (2009), the Javan rhino (Rhinoceros sondaicus) is considered to be one of the most endangered large mammals in the world with only two populations existing in the wild, for a total number of less than 60 animals. Highly prized as a commodity in traditional Asian medicine, Javan rhinos have also been brought to the verge of extinction by the conversion of forest habitat to farmland. WWF has been involved in protection and conservation of the Javan rhino since 1998, supporting forest rangers to undertake increased patrolling and protection activities, conducting surveys of the rhino population, raising awareness of the importance of the rhinos to local communities, and supporting park management. Last month, highly trained sniffer dogs were used to search for traces of the extremely rare and endangered Vietnamese Javan Rhinoceros, of which no more than a dozen are thought to exist. These samples will be analysed to better understand the gender mix and whether this small population has a chance of survival. 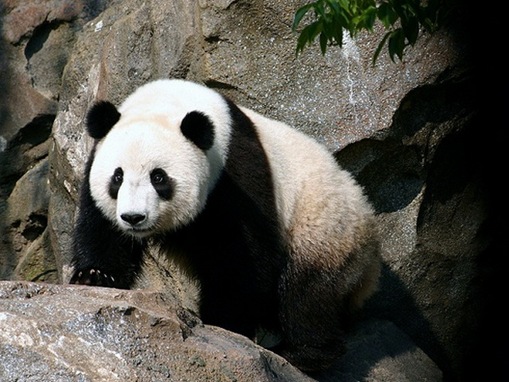 An international symbol of conservation since WWF’s founding in 1961, the giant panda (Ailuropoda melanoleuca) which numbers around 1,600 in the wild, faces an uncertain future. Its forest habitat in the mountainous areas of southwest China has become fragmented, creating a number of small and isolated populations. WWF has been active in giant panda conservation for nearly three decades by working working with the Chinese government to protect habitats through the creation of reserves and to help local communities become less dependent on forest resources. Over half of the habitat where pandas live is now protected, and corridors are being established to connect key panda populations. But the 1,600 remaining wild pandas are still living in over 20 geographically separate areas, and infratructure development is on the increase, so there’s still much more to be done.