Ten Exotic Pets in the World

Most countries have laws against them. In most places around the globe it is illegal to capture, breed, or sell them. Yet world wide there is a fascination with owning wild, bizarre, exotic, and most of the time dangerous pets. What are this fascination with being different and the need to own something illegal and dangerous? Who owns these animals? And, what are these animals that are owned, sold, and traded worldwide regardless of the consequences?

The United With Animal Protection Institute issued a report of incidents involving captive held animals, which provided an interesting background report to base the list upon. There are also stories like this in papers around the world concerning the practice of keeping dangerous and exotic pets. 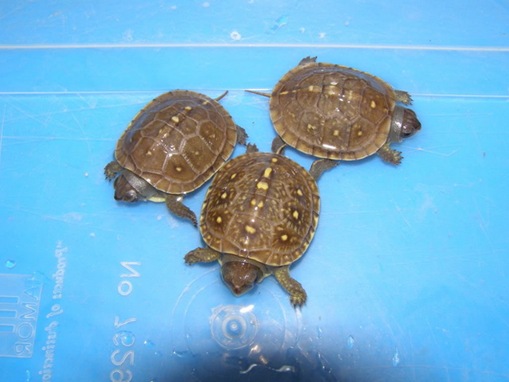 A turtle may seem harmless enough, but did you know that they actually carry salmonella? It seems that the main concern is the baby turtles. It is not that the little guys have more cases of salmonella, it’s that the smaller they are the more attracted little kids are to them. And we all know how little kids can be; they will stick just about anything in their mouth – including their fingers after touching the turtles and the turtles themselves. 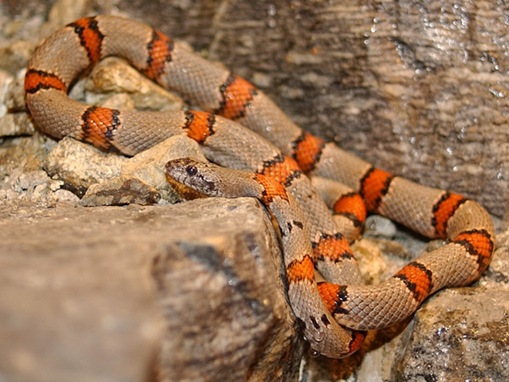 This is pretty much an obvious one. Sure that red tailed boa at the pet store seems harmless and kind of cute. But they grow quite rapidly; can get up to several feet in length, and speaking from a neighborhood experience, they have been known to escape. Lets just say if you feed them rabbits, they would have no problem with getting themselves around a dog or a cat even. One of the main concerns with owning constrictors is that once they start to get large, some people actually just let them go and return them to the wild. Watch out for Fido! 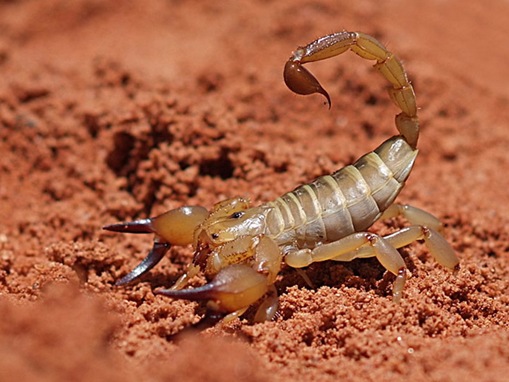 Did you know that there is a guy that as a performance and a world record chaser, he actually puts live Scorpions in his mouth? If you ask me, that’s not one of the best ideas I have heard of. Seeing the little ones when I lived in the southern US was enough for me. These little guys can pack quite a punch with their venomous sting! 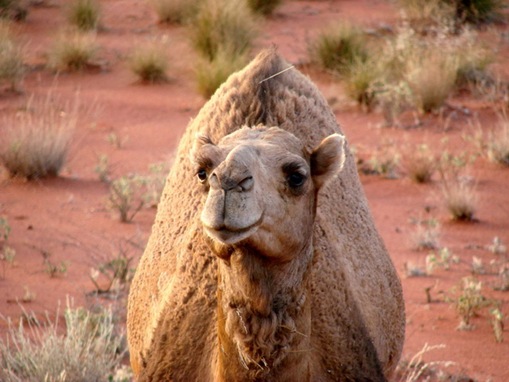 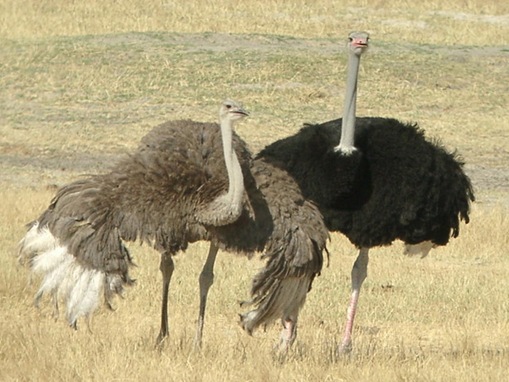 Sure they seem cute and awkward looking. They hide their heads in the ground right. But apparently these guys will also chase you and they run pretty darn fast. Getting in the middle of an ostrich stampede just doesn’t sound like my idea of a really good time. 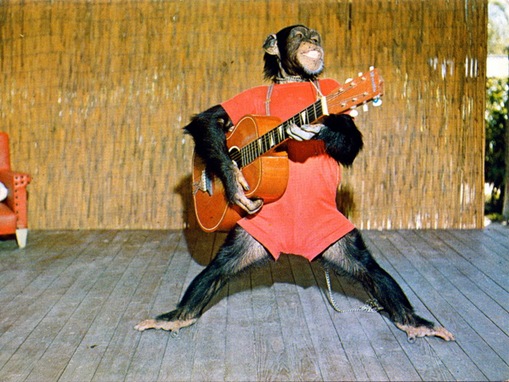 They are adorable. The human resemblance is amazing. They are also known to bite and attack humans and animals alike. I once saw the damage that a monkey caused when it attacked a dog in India and let’s just say those puncture wounds weren’t pretty. The dog also lost an ear and an eye in the process. Sometimes cute is pretty deceptive. 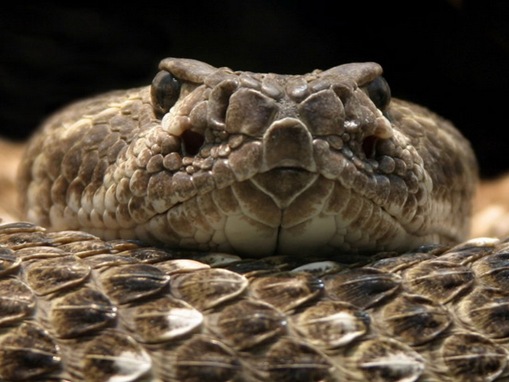 Again I go back to my comments about the scorpions. They are snakes. They are poisonous. They bite. None of this is a good combination. In Cincinnati a man was bitten by his rhinoceros viper snake, which is one of the world’s deadliest snakes. He did receive anti-venom and survived. But who really wants to take that risk? 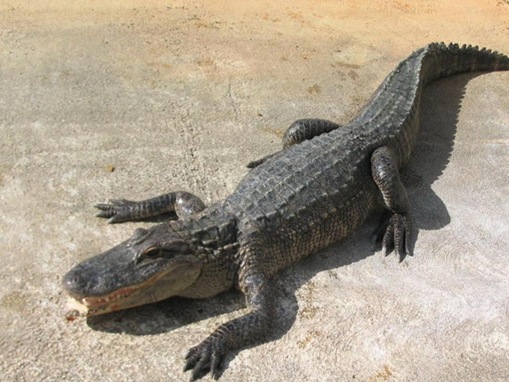 Often people get crocs and alligators when they are little and cute and look like happy little lizards. Have you seen the jaws on those things? They didn’t make an entire TV show around hunting them out if there wasn’t some sort of risk and danger there. So keeping one in a kiddie pool in the back yard may not be the best idea. Just ask anyone who has lived in Florida and found one under their car. 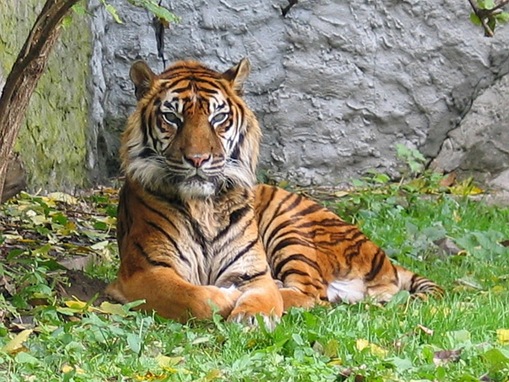 Again it’s these cute ones that you have to worry about. When these guys are babies, who could resist? But no matter how young they are or how well trained they are, they can turn on you in a second. They feed them raw steak for goodness sake, shouldn’t that be a sign? 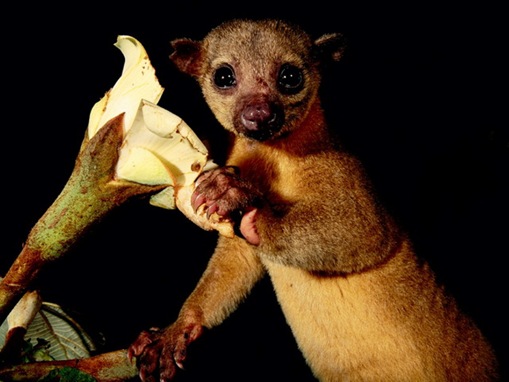 Ok, so I had no Idea what a Kinkajou even was. But when I looked it up I couldn’t resist its adorable little furry bodies and those big buggy eyes. A kinkajou, also known as a sugar bear, looks like a cross between a squirrel, a hamster, and a chinchilla. They are pretty darn cute. But again it’s the cute ones. Paris Hilton has a pet kinkajou named Baby Luv. In 2005 she took it shopping with her and was attacked by the thing and it clawed up her face. The brilliance of this is that again in 2006 Baby Luv sent Hilton to the emergency room after she was bitten by that cute Baby Luv on the arm. And that is why this guy is number one on my list of dangerous pets…. Come on, cute rainforest animal that attacks Paris Hilton numerous times. You got to put that one at the top of the list just because.