Squirrel, common name for many rodents belonging to the same family as the woodchuck , chipmunk, and prairie dog. The tree and ground squirrels include about 230 species and the so-called flying squirrels include about 43 species. Squirrels range in size from the pygmy squirrels of Africa, which are about 13 cm (5 in) long, to the giant squirrels of Asia, which are about 90 cm (36 in) long. The animals are in all parts of the world except Australia. 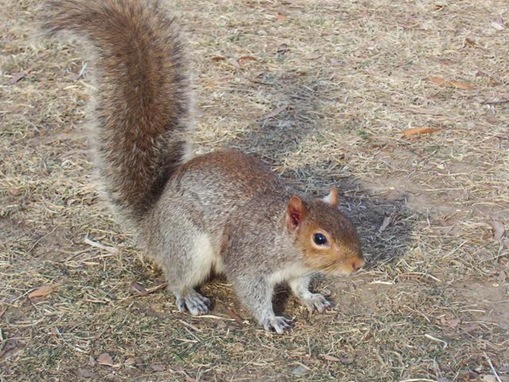 Except for the ground squirrels, the animals live mainly in trees, and their food is largely vegetable (especially nuts, seeds, and buds), although they occasionally eat insects. Their habit of storing seeds helps in the dispersion of trees and other plant forms. In colder climates, ground squirrels commonly hibernate; tree squirrels do not. 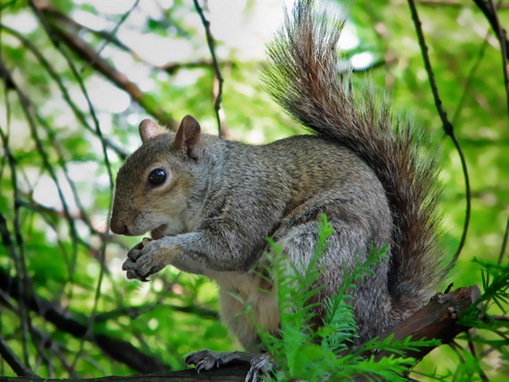 In North America, one of the most common and widely distributed species is the red squirrel, which ranges from northern and mountainous parts of the United States and Canada south to South Carolina. The eastern fox squirrel and the gray squirrel occur east of the Great Plains. The latter is a familiar dweller in city parks and, since its introduction into Great Britain, has replaced the native red squirrel in many areas. In the Great Plains region are found the ground squirrels, of which the 13-lined ground squirrel is a common variety. 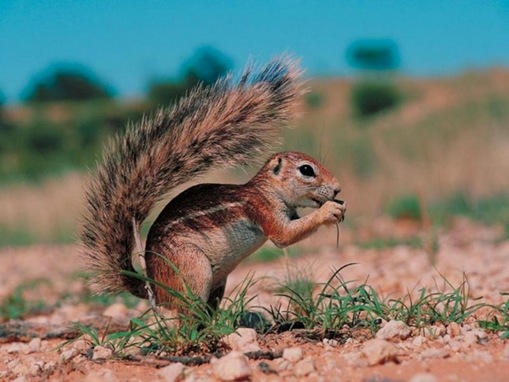 Flying squirrels have a folded layer of loose skin along each side of the body, from the front to the hind leg. When outstretched, this skin supports the animals as they glide from tree to tree. In Africa, another rodent family contains squirrel-like gliders called scaly-tailed flying squirrels. The little-known wooly flying squirrel, long thought to be extinct, was recently discovered in the Himalayas. The squirrel's body and tail are both two feet long. It is probably nocturnal. Endangered status has been requested for the wooly flying squirrel. 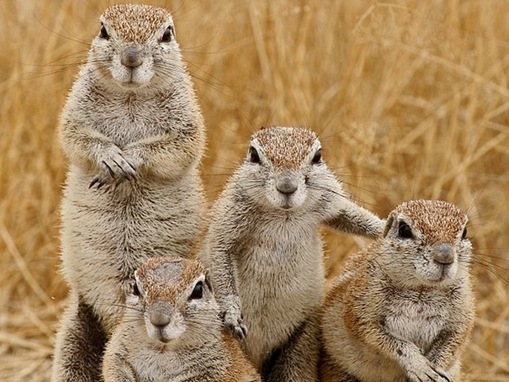