Home / Animals / Hummingbirds at least the birds in the World

Hummingbirds at least the birds in the World

Hummingbird, common name for any of the more than 300 species of a family of small birds, of the Americas, that share several anatomical characteristics with the superficially very dissimilar swifts. 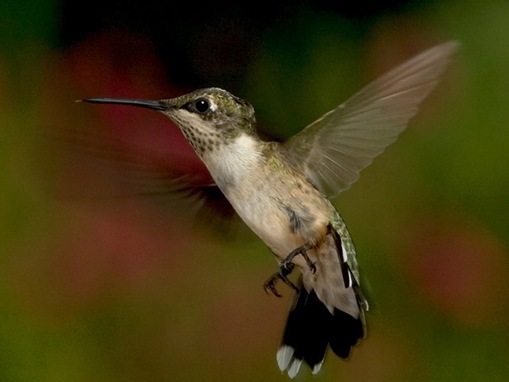 The hummingbird family contains the smallest of all birds; many species are less than 8 cm (3 in) in overall length. The smallest species is the bee hummingbird of Cuba. Males are slightly smaller than females, being about 5.5 cm (about 2.17 in) long, and weighing only 1.95 g (about 0.07 oz). In spite of their tiny size, males of this species, like many other hummingbirds, are fiercely territorial. 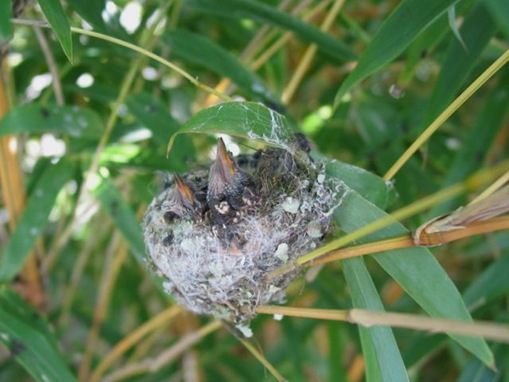 Hummingbirds are known for their rapid flight; their strong wing beat is so rapid that it produces a hum, which accounts for their common name. They feed on nectar and tiny insects found within flowers, and hover in front of the flower as they reach for their food with their long, extensible tongues. To move away from the flowers, hummingbirds must fly backwards, and they are the only birds capable of this maneuver. The slender bills of hummingbirds vary in size and amount of curvature according to the size and shape of the flowers favored by each species. 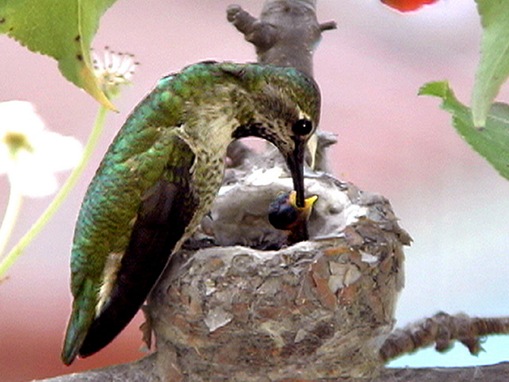 Most hummingbirds are brightly colored and iridescent, commonly metallic green. The throat is often glittering red, blue, or emerald green, usually in males only. In one group of hummingbirds, the hermits, the plumage is chiefly brown, with no iridescence. Hermits also differ from other hummingbirds in building long hanging nests, often fastened to large leaves. Most hummingbirds build small cup-shaped nests covered with lichens, spiderwebs, and small pieces of bark, saddled on a branch. Two white eggs are laid, incubated only by the female. 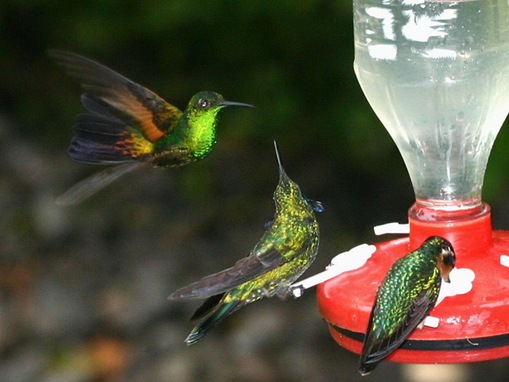 Hummingbirds occur in every portion of the Americas, from Tierra del Fuego, at the southern tip of South America, almost to the Arctic Circle, but the majority of species inhabit tropical South America. Only about two dozen species have been found in the United States, and of these, only one, the ruby-throated hummingbird, nests east of the Mississippi River. It is about 10 cm (about 4 in) long and is notable for its long-distance migration, annually flying non-stop across the Gulf of Mexico, a minimum distance of 800 km (500 mi). The adult male is metallic green above; below, its throat is ruby colored, its breast is white, and its abdomen is gray marked with green at the sides. The female is somewhat duller in general body color and lacks the red throat patch. Another common hummingbird of the United States is the rufous hummingbird, found from Alaska to southern California, occasionally straying to the eastern United States. The bird is slightly less than 10 cm (4 in) in length. The adult male its reddish-brown with a greenish-yellow sheen above and white below. The throat patch is red and greenish-bronze. The female is greenish-gold above with a brown rump; below, it is grayish-white with reddish-brown sides. 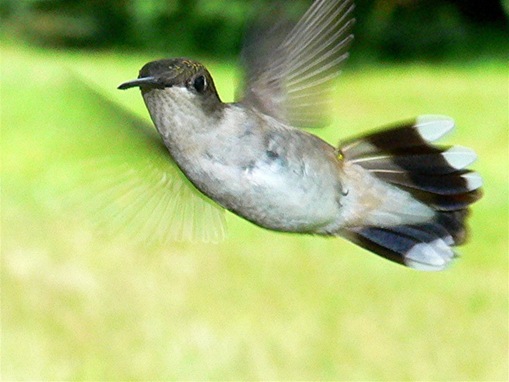 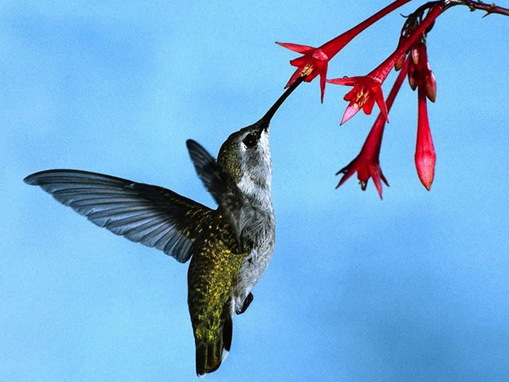