Great White Shark, also known as white pointer and white death (see Shark), considered the most dangerous of the sharks. The great white shark has a conical instead of flattened snout, black eyes, and large, serrated, arrowhead-shaped teeth. The upper and lower lobes of the tail are almost equal in size, and the body is blue- or brown-gray, not white, except on the underside. 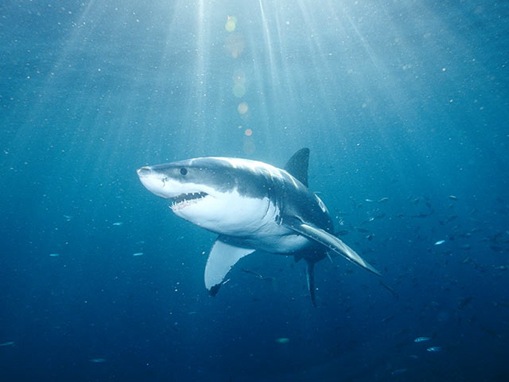 Although the great white shark is notorious as a movie villain, little documented information exists about its behavior. One of the largest specimens caught was off Montauk, Long Island, New York, in 1964; it was 5.34 m (17.5 ft) long and weighed an estimated 2043 kg (4500 lb). White sharks swallow unchewed creatures and objects half their size, especially seals, dolphins, turtles, other sharks, chunks of whale, fish, and ship's garbage. Between 1916 and 1969, there were 32 attacks on swimmers, resulting in 13 deaths, attributed to white sharks. On three occasions white sharks were reported to have attacked boats, sinking one of them, a dory, off Cape Breton, Nova Scotia, Canada. Off Australian coasts, where most of the big-game specimens are taken, one female, recognized by its scars, returned for 13 years. 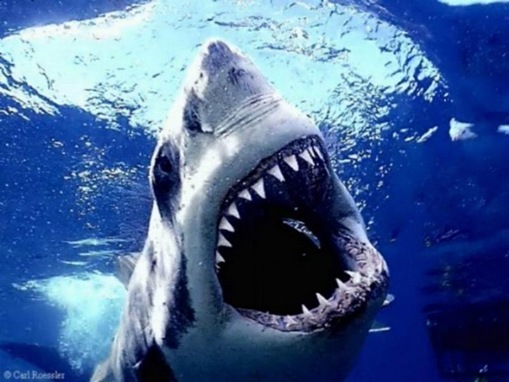 Although the white shark exhibits great strength and terrifies humans with whom it happens to come in contact, most authorities agree that its villainous reputation is undeserved. Some specialists believe it is endangered due to its shrinking food sources and overfishing by trophy hunters. 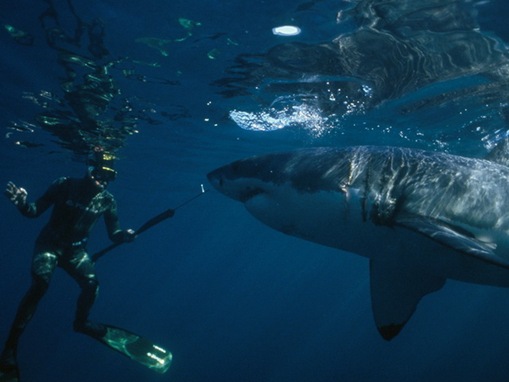