It is believed the pyramid was built as a tomb for fourth dynasty Egyptian pharaoh Khufu and was constructed over a 20 year period. Khufu's vizier, Hemon, or Hemiunu, is believed by some to be the architect of the Great Pyramid. It is thought that, at construction, the Great Pyramid was originally 280 Egyptian cubits tall, 146.5 metres (480.6 ft) but with erosion and absence of its pyramidion, its present height is 138.8 metres (455.4 ft). Each base side was 440 royal cubits, 230.4 metres (755.9 ft) long. A royal cubit measures 0.524 metres. The mass of the pyramid is estimated at 5.9 million tonnes. The volume, including an internal hillock, is roughly 2,500,000 cubic metres. Based on these estimates, building this in 20 years would involve installing approximately 800 tonnes of stone every day. 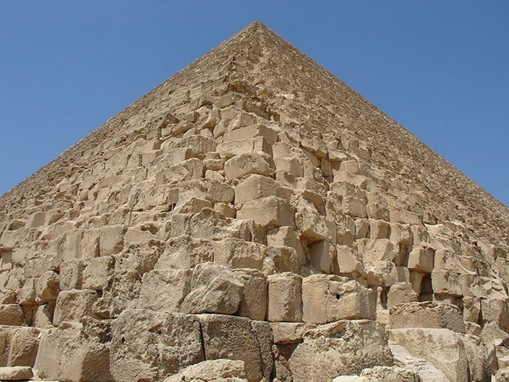 Today tourists enter the Great Pyramid via the Robbers' Tunnel dug by workmen employed by Caliph al-Ma'mun around AD 820. The tunnel is cut straight through the masonry of the pyramid for approximately 27 metres (89 ft), then turns sharply left to encounter the blocking stones in the Ascending Passage. Unable to remove these stones, the workmen tunnelled up beside them through the softer limestone of the Pyramid until they reached the Ascending Passage. It is possible to enter the Descending Passage from this point, but access is usually forbidden. 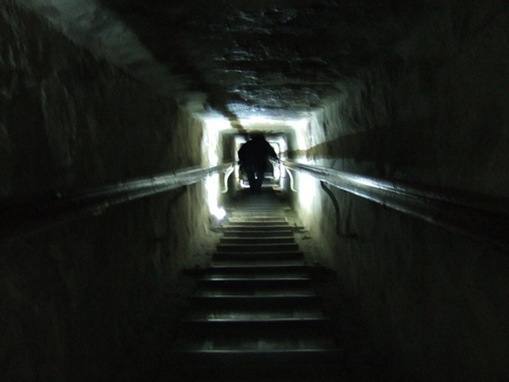 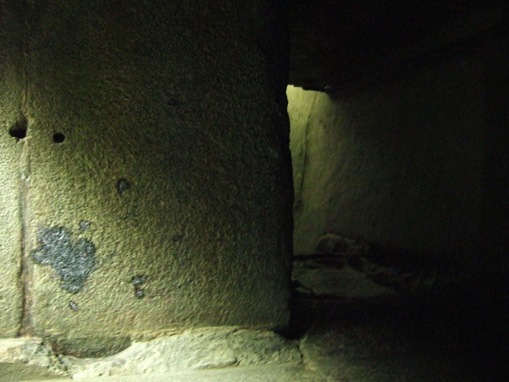 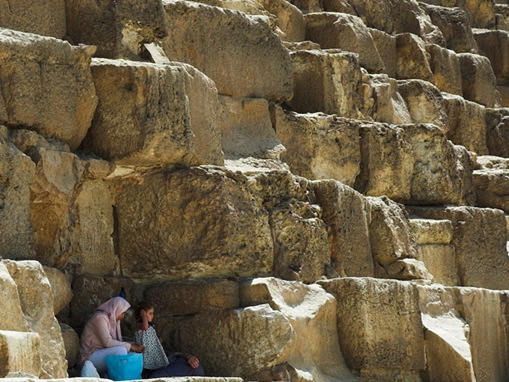 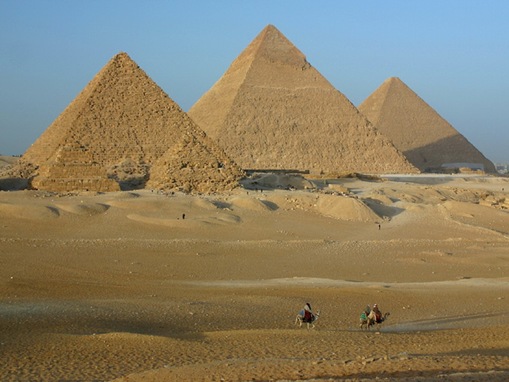 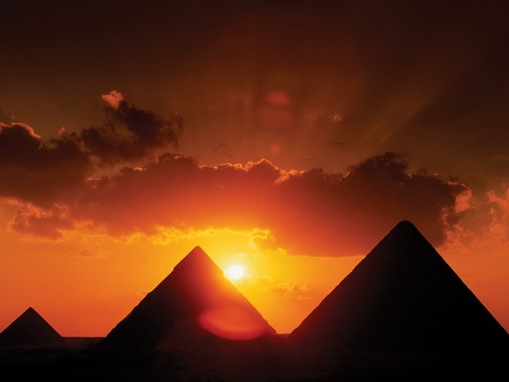 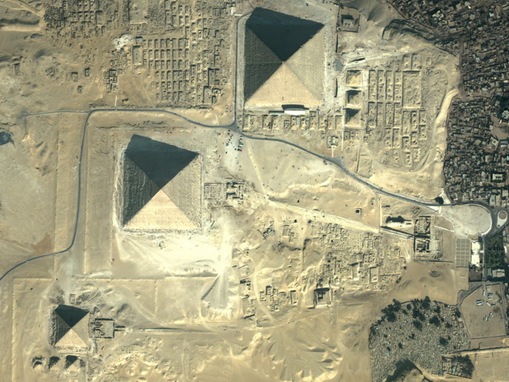