Empire State Building, New York City, skyscraper located on 5th Avenue between 33rd and 34th streets, which, when it was completed in 1931, was the tallest building in the world. At 381 m (1250 ft) it no longer holds that distinction, having been surpassed in height by several structures both in the United States and in Asia. Because of its elegant stepped design it is often still regarded as the ultimate American skyscraper. 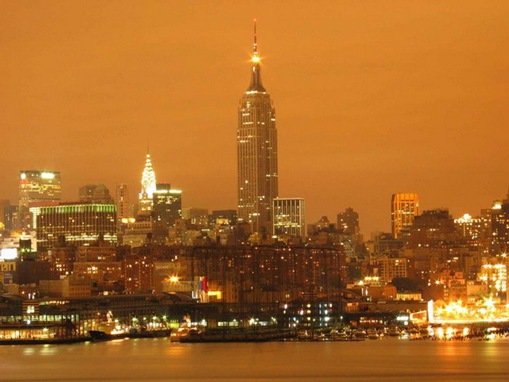 Designed by the American architectural firm of Shreve, Lamb & Harmon in a streamlined art deco style, the Empire State Building consists of 102 stories of office space. There are also public viewing platforms, and a radio and television mast that was added in 1951. Built of prefabricated blocks, it was completed in less than two years, and the construction records that it set in the process have not been challenged since; one 14y-floor section was erected in a week. American photographer Lewis Wickes Hine was commissioned by the building's developers to photograph this astoundingly rapid construction process as part of a publicity campaign. Since its completion, the building has become an icon of the American city. A model of the building was used in the 1933 version of the motion picture King Kong, in the sequence in which the giant ape clings to its upper stories while fighting off squadrons of fighter planes. A foot race up its 86 flights of stairs takes place annually. 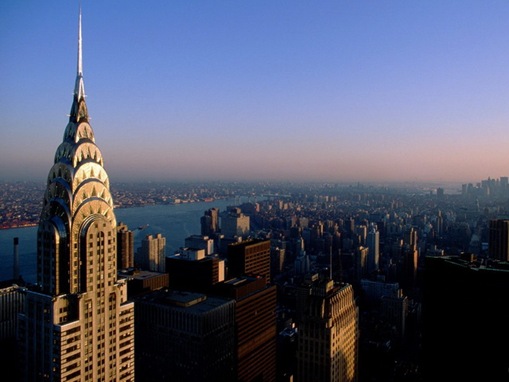