Twin Towers 2 was a proposed design by structural engineer and architectural model-maker Kenneth Gardner and deceased architect Herbert Belton for rebuilding New York City's World Trade Center site destroyed in the September 11 attacks. 1 World Trade Center is currently under construction at the World Trade Center site in Lower Manhattan. Construction is due for completion in 2013.Each tower would have a redesigned facade that mimics the same upward flow of columns that the original twin towers had; however the windows would be much larger at 40 inches wide rather than the 18 inch windows on the original twin towers. 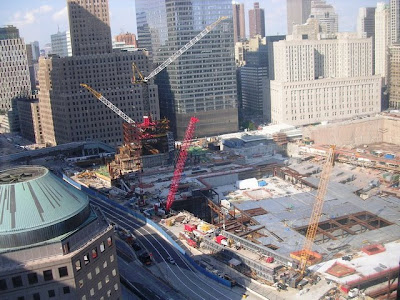 Each tower would be 500 meters (1515 ft) tall at roof level, nearly 100 metres (330 ft) taller than the originals. The lobbies would be 6 stories tall and have an onyx-clad elevator core and a recreated balcony. The towers would have a "triple tube design", the first tube being the outer wall/skin, the second tube being the core wall itself, and the third tube being the inner core of the building. This allows for column free floor space and a much stronger structure. The first 60 floors would be office space. The 67th floor sky lobby would open onto a skypark at the bottom of a huge atrium inside the the core of the building. Around the atrium would be executive offices, residences and possibly shops and stores. The atrium in the South Tower would be topped with a large skylight. The North tower atrium would be topped by a refurbished Windows on the World restaurant and on the roof of both towers would be observation decks and possible Top of the World indoor observation deck. The North Tower would feature dual spiral staircases within the ornamental mast that reach 1700 feet into the sky. The South Tower observation deck would be recreated. The Towers would have fire relief floors, high capacity escape elevators and five much wider staircases. 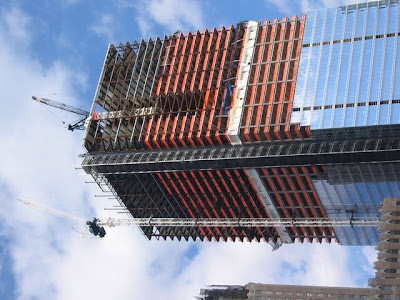 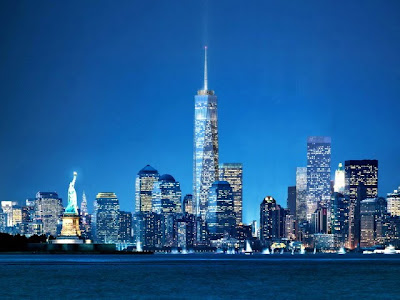