A circular group of massive, upright stones, the Stonehenge monument was once thought to have been a type of astronomical clock or calendar for predicting the seasons. The early belief that the monument was built as a temple for sky worship has never been definitively proved. Even more fanciful was an earlier notion that Stonehenge was connected with the Druids, a caste of Celtic priests. 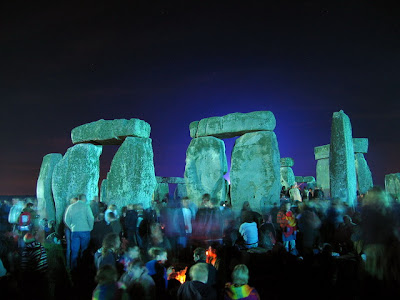 Stonehenge was built between 3100 and 1550 BC about 8 miles (13 kilometers) north of Salisbury, England. Beginning in 1919, London's Society of Antiquaries carried out a series of excavations at the site that form the basis for most contemporary scientific understanding of Stonehenge's history and purpose. 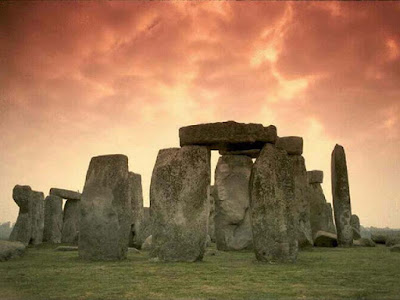 According to evidence unearthed in the excavations, there were three main periods of building. The first period, beginning in about 3100 BC during the late Neolithic Age, included the digging of a circular ditch and a ring of 56 pits, now known as Aubrey Holes. 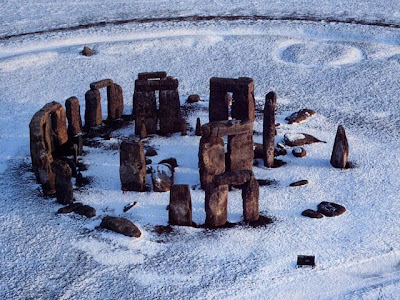 During the second period, probably about 2100 BC, huge pillars of rock were brought from southwestern Wales and erected in two concentric circles around the center of the site. The double circle was never completed and was dismantled during the following period. The monument was remodeled in the third period. A circle was erected of 30 upright stones weighing up to 50 tons each and capped by a ring of stone lintels. These enclosed a horseshoe-shaped formation of five pairs of stone uprights, each pair capped with a stone lintel. Subsequent changes involved adding, removing, and rearranging stones that had been used during the second period. This final phase of building probably ended before 1500 BC. 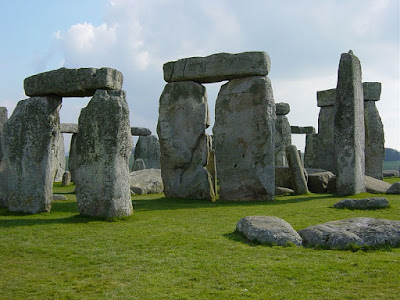 The 35-ton heel stone was possibly placed during the second period. Its placement was one of the most sophisticated accomplishments of that age and provides the best evidence that early people used astronomy. On Midsummer Day (June 24) a person standing in the center of the circle can see the sun rise directly above the heel stone. 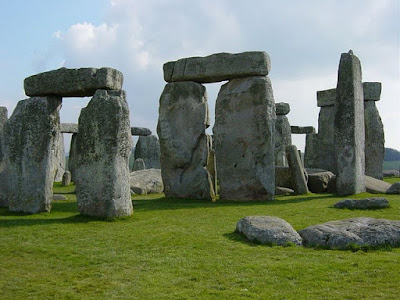 Some scientists believe that early peoples were able to foretell eclipses of the sun and the moon by the positions of these celestial bodies in relation to the stone monument. The site may have served as an observatory where early rituals or religious ceremonies took place on specific days of the year. There are hundreds of similar structures throughout Britain. 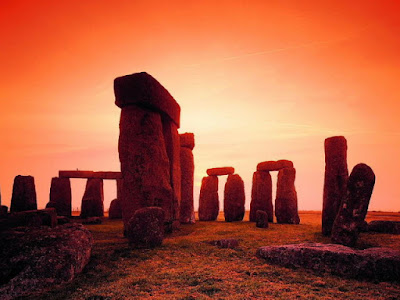