The Djavolja Varos natural landmark is situatod on the south slopes of Mt. Radan, on the right bank of the tuta reka (Yellow river), in the central part of esstern Serbia.Djavolja varos is a unique example of the action of erosion. It is a complex of stone pyramids located in the watershed between Djavolja jaruga and Paklena jaruga (Devil's Gully and Hellts Gully). On an area of 4,300 sq.m. water erosion has shaped andesite material and volcanic tufa into over 200 pyramids - towers standing from 2 -15 m. tall, width at base 4 to 6 m. and at the summit 1 - 2 m. Most of these pyramids have caps or heads - andesite blocks protecting them from fast decey. The absolute height of the locality is 700-720 m. 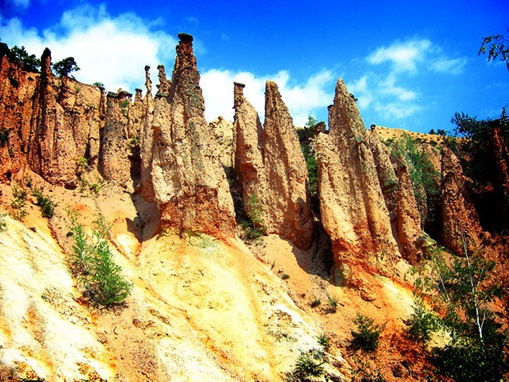 Stone pyramids are ephemeral forms, for they disintegrate relatively quickly (when they lose their protective "cap"), and are formed equally quickly through water erosion. Hence the name Djavolja Varos (Devil's Town), because the locals believe that these changes occur as devils fight each other for power. 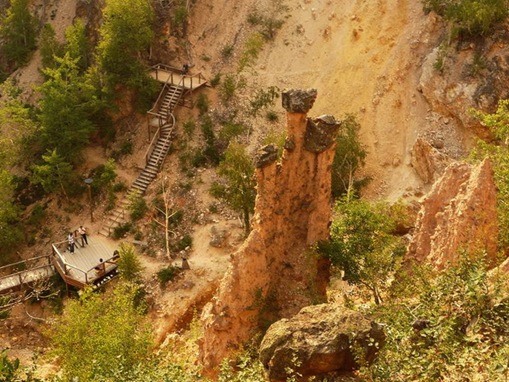 These pyramids came into existence by water erosion, in heterogeneous material; the more massive block on the surface prevented the material beneath it from being destroyed and eroded away, resulting in the formation of the "towers" - pyramids. Two hydrological phenomena characterize the locality: one known as Devil's Water ( a highly mineralized spring, the water of which is used in traditional medicine), and another called the Devil's Well (a pressurized spring). The water is of a markedly red colour, while the area surrounding this natural phenomenon, the soil and the rocks, as well as the pyramids themselves, are of different colours giving a bizarre appearance to the entire scenery. 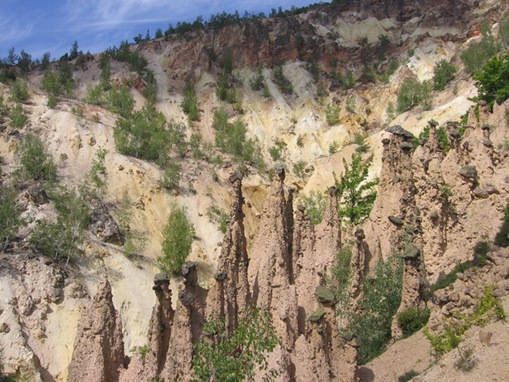 This miraculous worid also features acoustic phenomena which justity the designation "Devil's Town": the wind which hums between the pyramids crestes strange murmurs, howling, sighs, squeaking, which has frightened the local population for centuries and is behind their superstitious lore. The remains of two old churches stand in the vicinity of this natural sculpture; the rich tradition and folk customs of this region are closely associated with this natural phenomenon. 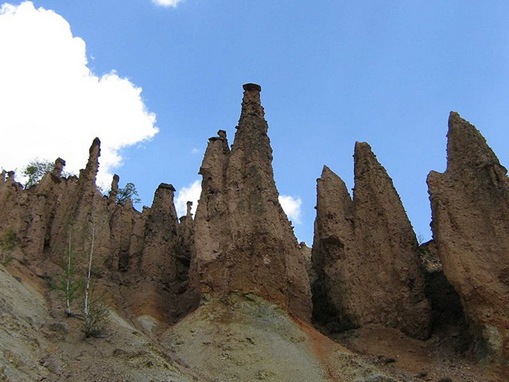 Devil's town -Djavolja varos is one of the most attractive natural phenomena in the world. It is a place of strange forms with a strange name, a complex of stone-capped, spindle-shaped pillars in science referred to as soil pyramids. It consists of 220 soil figures created by soil erosion. The protected monument of nature "Djavolja varos" is in the south of Serbia, 89 km south-west from Nis or 27 km south-east from Kursumlija. 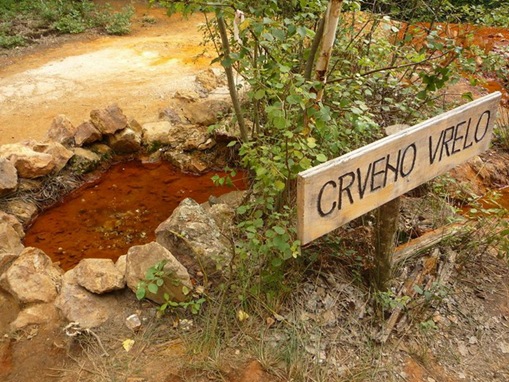